Danica Patrick’s breakup with Aaron Rodgers left her so devastated that she was “broken open.”

The former NASCAR driver reflected on the split and said it while it left her heartbroken, it taught her a lot about herself.

“I think we learn the most about ourselves through relationships, but there’s nothing like heartbreak to really throw you in the deep end of that,” she said on Monday’s episode of “Running Wild With Bear Grylls.”

“But I’ve learned a lot and as broken open as I was on the sad end, I have felt so much joy in so many more instances and so many more unlikely places than I ever have, so it’s like my heart got broken open to both ends of the spectrum.”

In the end, the former race car driver relied on her family to help mend her heart.

“[My dad is] always super proud of me,” she shared. “My mom, too. My sister. I’m really fortunate that I have a family that’s super supportive. You gotta have someone you can fall apart with, you know?”

Patrick, 39, and the Green Bay Packers quarterback, 37, were first linked in 2018 and grew serious. The former couple purchased a $28 million Malibu estate in December 29, but it seems it wasn’t enough to keep them together. 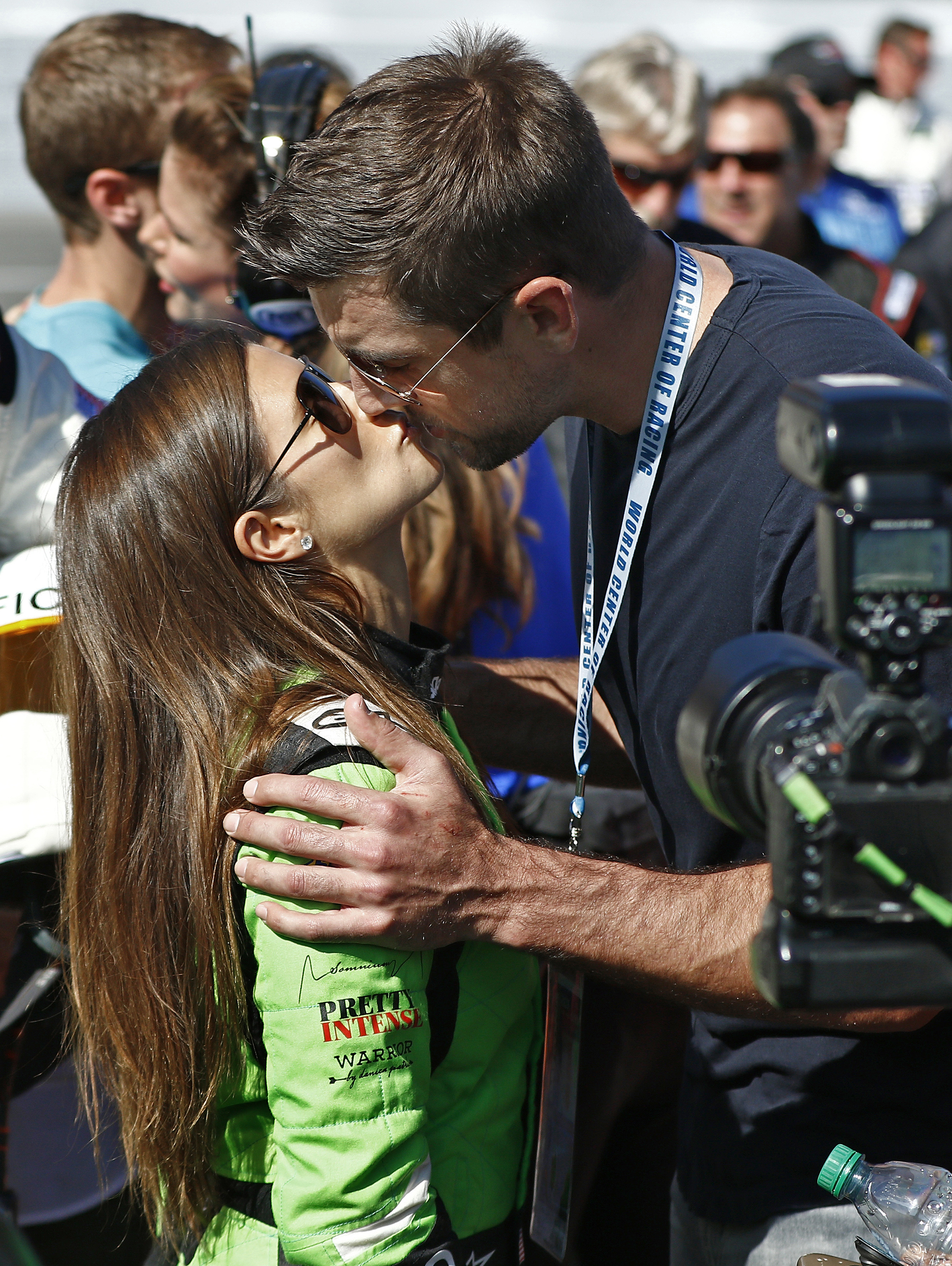 Patrick’s rep confirmed to Page Six in July 2020 that Patrick and Rodgers had split.

The NFL player eventually moved on with actress Shailene Woodley, whom he met in quarantine. The “Big Little Lies” star confirmed in February 2021 that they had gotten engaged.

Shortly after, Patrick shared a cryptic message on social media about relationships.

“Your relationships are mirrors,” said Patrick. “We can’t receive what we don’t believe. (I made that up right now but I am sure I’m not the first.) We see all of life through our own personal lens. What you seek is seeking you. You get what you think you deserve. When you change, things you see change. Whether you think you can or you think you can’t, you’re right.”