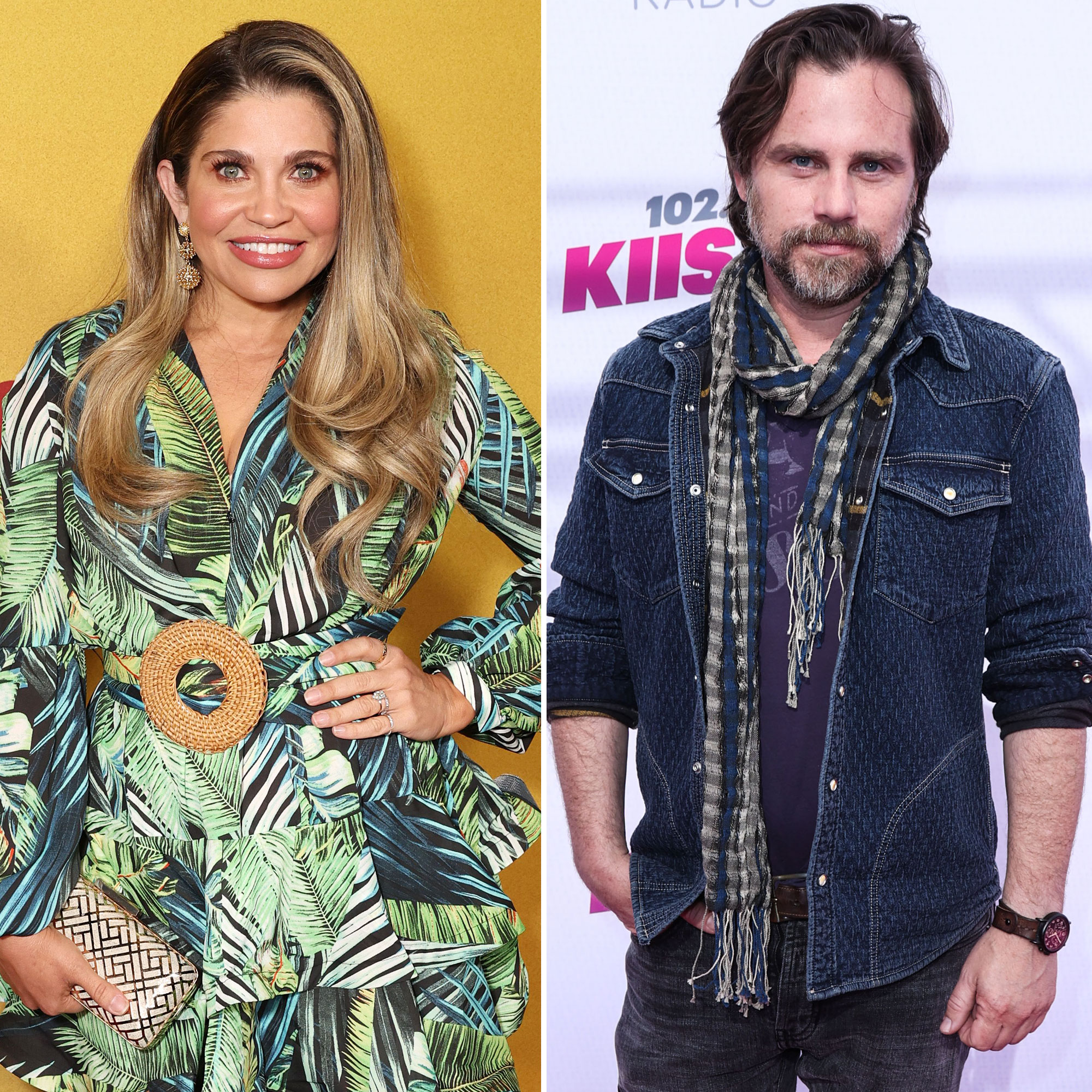 Topanga and … Shawn? Danielle Fishel revealed that she had a crush on her Boy Meets World costar Rider Strong in the 1990s — and he had no idea until now.

“I had a crush on Rider,” the Girl Meets World alum, 41, confessed during the Thursday, August 25, episode of “Pod Meets World,” which she cohosts with Strong, 42, and Will Friedle. “He was so smart and … one of my favorite things about Rider — and it continues to this day — Rider is very effusive. He will tell you how he feels and he’s very free with his compliments, but he doesn’t throw them out willy-nilly. When he compliments you, it is thoughtful, it has meaning, and you can tell it’s coming from a very real place.”

Though she confessed that when she first joined the cast she probably “annoyed” the screenwriter, Fishel recalled that they eventually formed “a very nice, deep friendship and we had very meaningful conversations.” Explaining that they took the same acting class for a while, the Arizona native recounted: “I remember getting a … very real compliment from Rider. And then feeling like, ‘Oh, my God, I love you.’”

Fishel’s admission took her costars by surprise, with Strong initially believing that her comment was a joke. “That’s not true. That’s not true, you never told me that. You saved that for 30 years?” he asked, while Friedle, 46, gasped and laughed in the background. “So … I was your first celebrity crush. [It was] Jonathan Taylor Thomas and me. You really had the teen magazine thing covered way through the ’90s.”

While Strong may have been unaware of the former Dish host’s feelings, he did know that she and Ben Savage once went on a real-life date to see if they had any chemistry off screen. “Really, truthfully, there was a moment … [Ben and I] looked at each other after all these weeks of playing boyfriend and girlfriend [and] all the kissing and we just looked at each other like, ‘Should we just go to dinner one night?’” Fishel recalled. “It was very quickly into the meal that we realized this was a hard boundary to jump. … it was very obvious that no, what we had was just a very fun, non-romantic [connection].”

She continued, describing her relationship with Savage, 41, as something “more than a friendship, but not at all romantic. [We realized] it’s just going to be a deep respect and friendship that will be unexplainable to somebody.”

There was, however, one Boy Meets World cast member who did manage to steal Fishel’s heart. “The only person on the show I ever had a romantic relationship with was Matthew Lawrence,” she explained, adding that they kept the relationship secret from the rest of the cast during filming. “We did not want it to be a big deal on set. [But] I went to his prom. Our moms were friends. It was cute.”

Fishel also famously dated Lance Bass from 1999 to 2000, with the former ‘N Sync member, 43, even accompanying her to senior prom. “Of course, we bonded immediately, and you know, fell in love immediately,” Bass recalled when the Dorm Daze actress appeared on a June 2020 episode of his podcast. “I remember being in a hotel room, and me and Justin Timberlake were sharing a room for some reason and I remember … I got your number and I swear it took me about 45 minutes to figure out exactly what to say, so I didn’t sound too, like, ‘I’m trying too hard.’”

Unlikely Celebrity Couples Over the Years

Despite their split, the pair remained close friends for years, especially after Bass came out as gay in 2006. “I always knew you would completely accept me,” the Mississippi native told Fishel at the time. “But you know, for someone being that young and going through that and being so closeted and not telling one person. It’s just embarrassing. You don’t want people to know because you’re just so embarrassed about being gay at that point. It was a different time, you know.”