A senior sheepdog has learned sign language for herding.

Nine-year-old Peggy, a border collie from the U.K., lost her hearing and was handed over to the Royal Society for the Prevention of Cruelty to Animals, according to South West News Service.

However, Peggy’s luck took a turn for the better when she crossed paths with Chloe Shorten, the British news agency reports.

Chloe, who is an animal welfare manager at the RSPCA’s Mid Norfolk and North Suffolk Branch in Norwich, England, provided Peggy a place to stay and access to much-needed training. 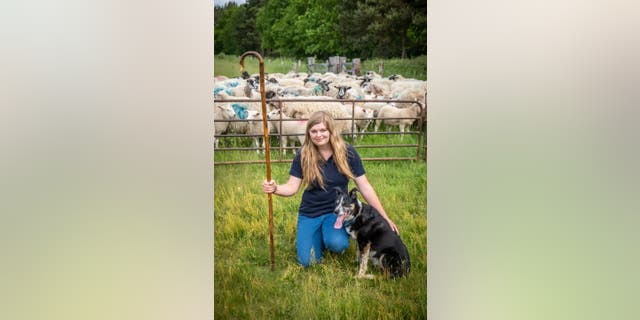 According to SWNS, the 28-year-old animal lover and her shepherd husband Jason, 34, began teaching hand signals to Peggy shortly after it “became clear that she wouldn’t be going anywhere.”

With help from the couple’s two other sheepdogs (Sid and Nora) and a specialized sheepdog trainer, Chloe and Jason were able to teach Peggy how to recognize hand signals and body language for basic communication and herding.

“We knew Peggy wanted to be working so we started the long process of teaching her how to herd and work with a shepherd without relying on voice commands,” Chloe told SWNS. “We used repetitive and positive reinforcement and instead of pairing a verbal command with an action, we’d use a physical hand gesture… For example, thumbs up means ‘good girl.'”

Aside from praise, Peggy can reportedly read hand signs that tell her when to stop, slow down or change direction.

The American Kennel Club says hearing loss and deafness are challenging health conditions that can happen to senior dogs.

“There are many causes of hearing loss in dogs, but for elderly dogs, the cause is often degenerative changes in the nerves found inside the ear. This is similar to the hearing loss seen in older people,” the national dog registry explains in a guide for navigating canine hearing loss. “The changes will likely be gradual, so symptoms will creep up slowly, and you may not notice right away.” 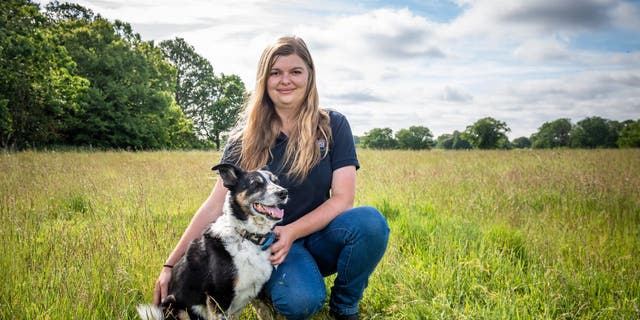 Chloe Shorten and her husband Jason put in work to teach their dog Peggy how to read hand signals and body language. (Credit: SWNS)

The AKC advises dog owners who have a pet that’s losing its hearing to use hand signals, vibration collars and heavy footsteps to notify and communicate with the affected dog.

For border collies, the AKC says this breed was originally designed to herd sheep in Scotland. The breed can reportedly live up to 15 years and is characterized as an “intelligent workaholic” that can corral sheep into pens with guiding hand signals, whistles and clicks.

While Peggy has excelled at learning nonverbal communication at her age, she isn’t the only remarkable sheepdog who has made headlines recently. 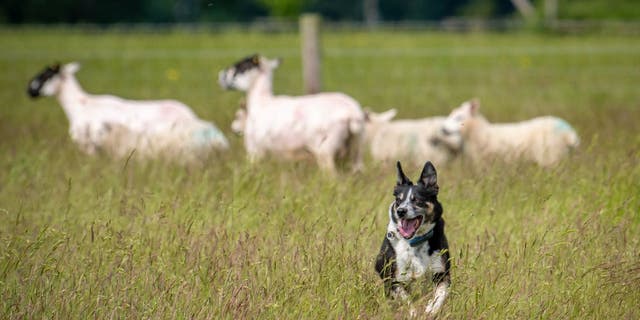 Peggy, a deaf border collie has reportedly learned how to herd sheep with nonverbal cues in Norwich, England. The senior dog learned these skills after losing her hearing as an adult . (Credit: SWNS)

In early June a border collie heeler went missing in Idaho after being ejected from his seat in a car crash, but the lucky pooch was later found on at a nearby sheep farm. The farmers who found the dog believe he might have been trying to herd their sheep.