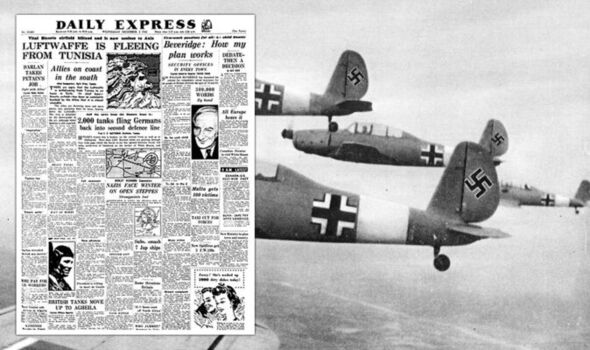 We also revealed Sir William Beveridge’s report which laid the foundations for post-war Britain and the formation of the modern welfare state. It set out the provision for “cradle to the grave” benefits for all and was to be a “revolution” in social security.

68 years ago (1954) Republican Joseph McCarthy was censured by the US Senate for “conduct unbecoming to a senator”.

McCarthy led a crusade against alleged communist supporters in America’s institutions after the Second World War, with many officials, entertainers and educators bearing the brunt of his claims.

These were later discovered to be falsified or exaggerated.

27 years ago (1995) Nick Leeson, 28, was jailed for six-and-a-half years after his wild speculation caused the collapse of Barings, one of Britain’s oldest merchant banks.

But he served less than four and wrote a book, Rogue Trader.