Is Denise Richards returning to ‘RHOBH’ next season? She is finally speaking out on the ongoing speculation.

Denise Richards isn’t against returning to The Real Housewives of Beverly Hills, despite the fact that she quit the show after her co-stars spent an entire season interrogating her about an alleged affair with Brandi Glanville.

“I really did enjoy working on the show — I shouldn’t even say working on it — I liked being a part of the show,” the actress, 50, told Entertainment Tonight on Aug. 26. “I had fun with most of the women, not all.” 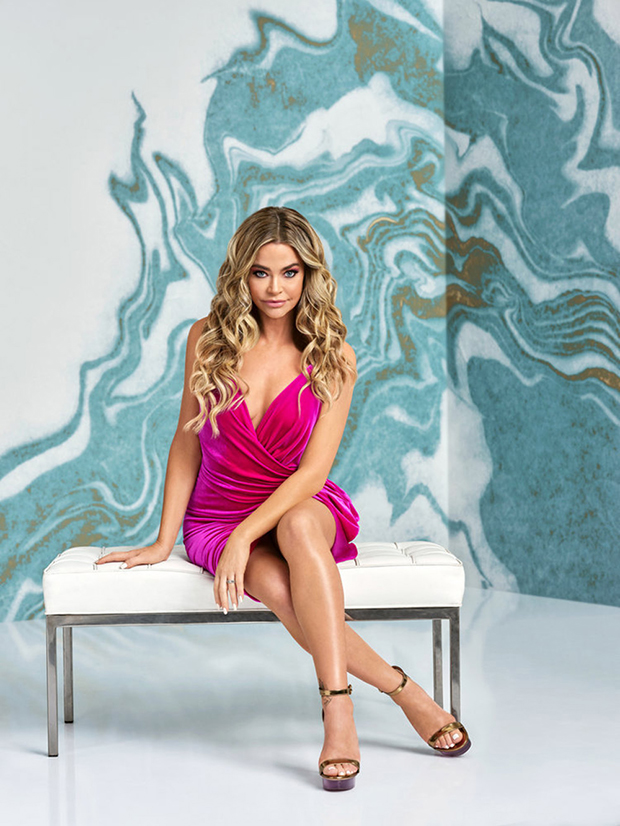 In July, Denise’s former co-star Garcelle Beauvais appeared on Watch What Happens Live With Andy Cohen and revealed that Denise “wants to come back” to the show. Andy Cohen — like many fans who were watching — were surprised to hear that, but then Garcelle further revealed the caveat.

“Somebody’s gotta go, though! Just sayin’,” Garcelle, 54, said. Andy then asked if the person’s initials are “LR” (meaning Lisa Rinna), and Garcelle burst into a fit of laughter without confirming or denying.

Denise further admitted that she “just started watching” the most recent episodes of RHOBH, in which Erika Jayne‘s divorce and legal woes have been the main storyline. “I always say, ‘Never say never,’” she said when pressed further about a return to the series.

Denise was a full-time cast member on the show for Seasons 9 and 10. She left the series after Brandi Glanville went on camera and accused her of cheating on her husband, Aaron Phypers, with Brandi. Denise repeatedly denied the affair both on the show and in the press, but her co-stars didn’t believe her and kept pushing the issue. Denise obviously didn’t want to deal with it, and following the Season 10 reunion, she quit the series.

Denise Richards, The Real Hous
You may also like: