Did Kim Kardashian and Kanye West Attend the Met Gala Together?

Quite the family affair? Fans thought Kanye West made a surprise appearance at the 2021 Met Gala, walking the red carpet at the Monday, September 13, event wearing head-to-toe black next to estranged wife Kim Kardashian, who matched. However, he didn’t actually attend.

The man with the reality star was designer Demna Gvasalia, the creative director of Balenciaga, who worked with West, 44, to design Kardashian’s look, according to Vogue.

See the Stars’ Styles on the Met Gala Red Carpet

Irina Shayk, who casually dated the “Gold Digger” rapper for two months over the summer, also attended the Met Gala. Earlier this month, an insider confirmed exclusively to Us Weekly that “Kanye and Irina are still friends,” and will always be. 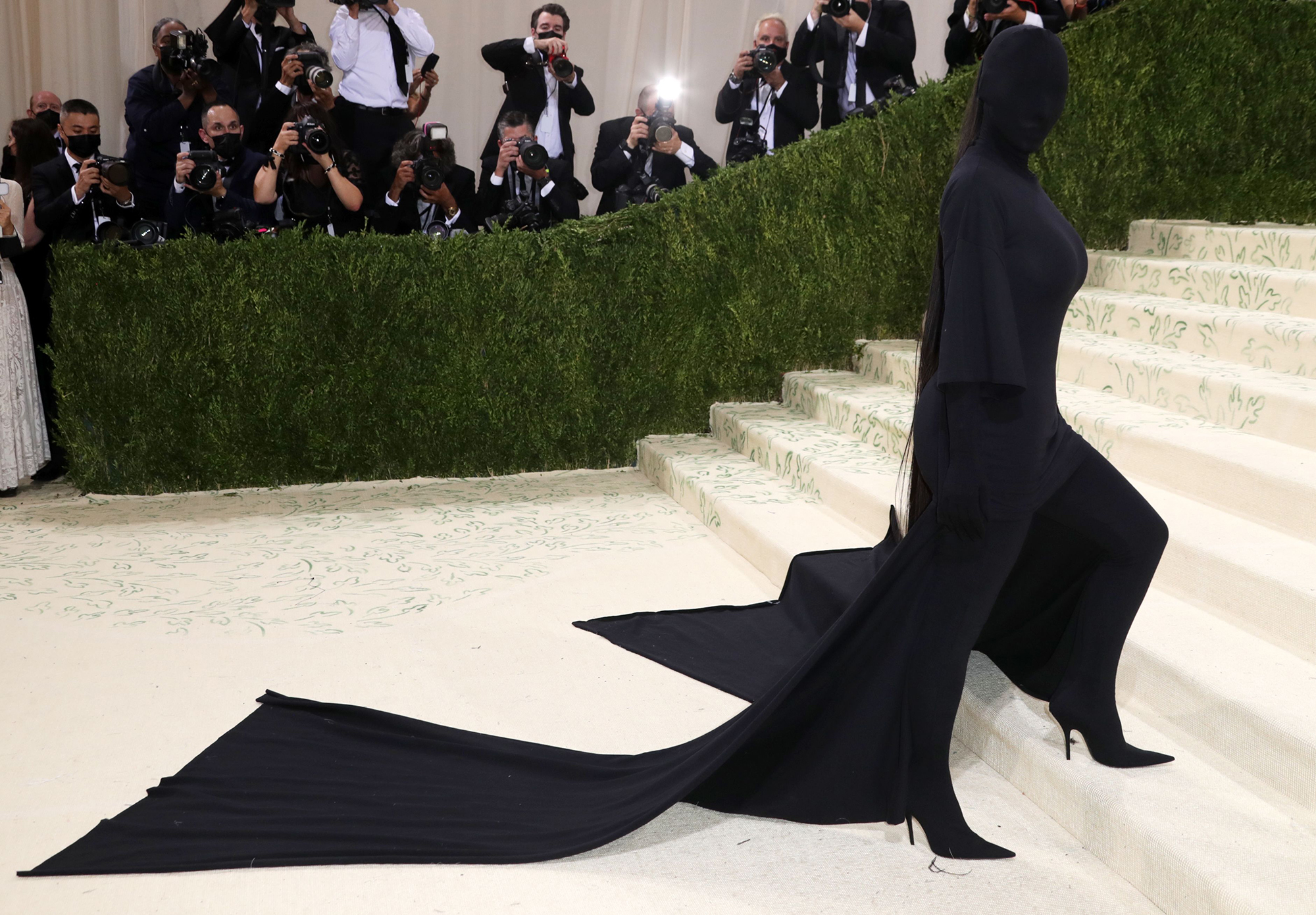 The KKW Beauty founder, 40, has been putting on a united front with the rapper since filing for divorce in February, appearing at many listening events for his latest album, Donda. On August 27, the duo appeared together at his Chicago event, where she wore a Balenciaga haute couture wedding dress and recreated her 2014 wedding to the rapper.

The pair, who share North, 8, Saint, 5, Chicago, 3, and Psalm, 2, split earlier this year, with the Skims founder filing for divorce in February. However, West isn’t ready to let go just yet, a source exclusively told Us Weekly after the Chicago event, which they left hand in hand.

“Kanye wants to get back with Kim,” the insider said. “He sees the two of them together and wants to make that a reality now. He has been trying to get back in her good graces again and it seems to be working.”

A second source noted that the reality star “was happy to be on stage in a wedding dress” and publicly support West.

“She has always respected his art and ideas and was all in for the performance,” the insider added. “If other people think it’s strange, it’s OK, because Kim doesn’t. She thinks it’s cool, great for his art and their relationship and loves to show her kids how much she supports him.” 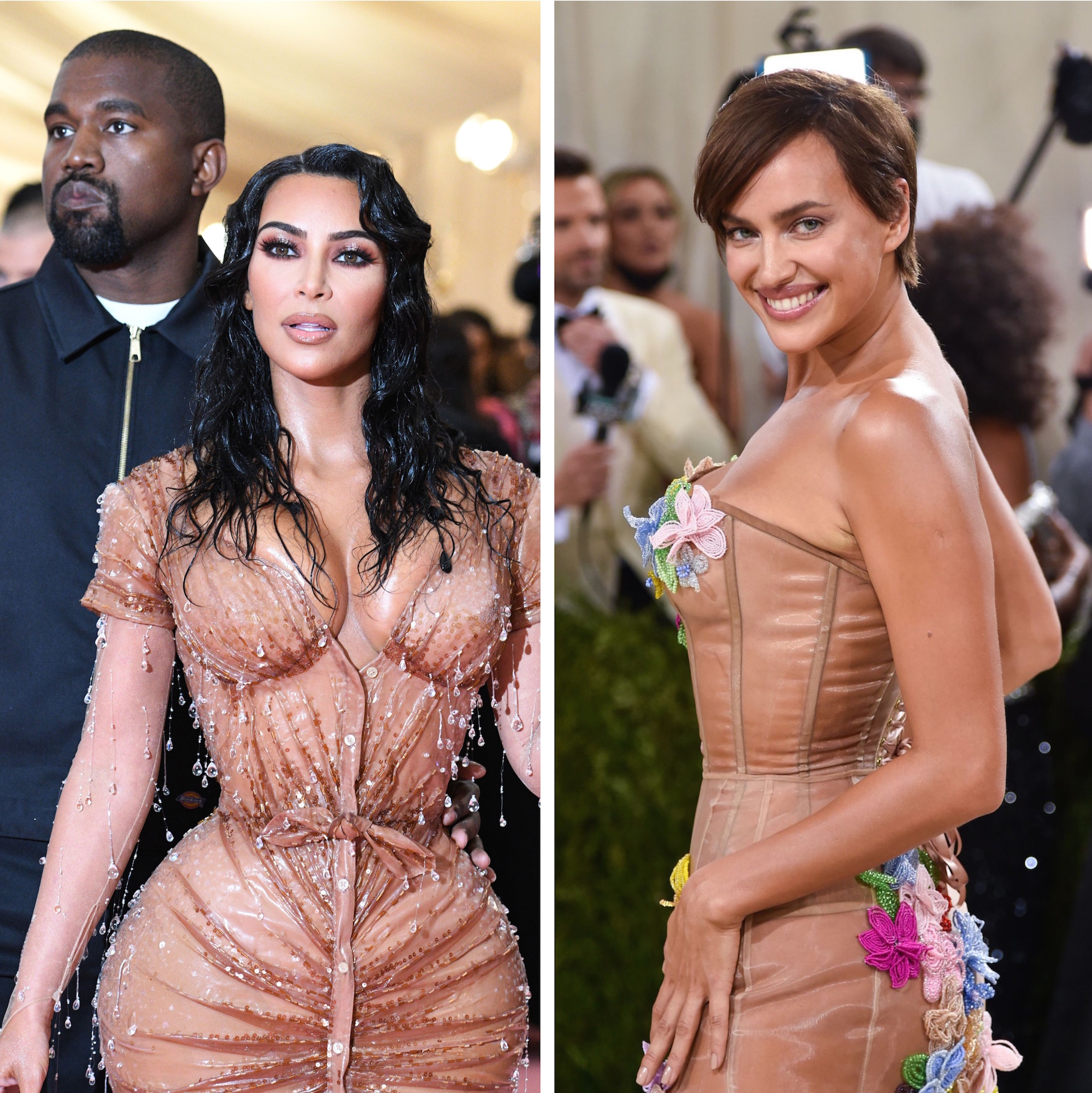 The Selfish author opened up about the decision to split during a June episode of Keeping Up With the Kardashians.

“I just honestly can’t do this anymore,” she said during the final season. “Why am I still in this place where I’m stuck for years? Like, he goes and moves to a different state every year. I have to be, like, together so I can raise the kids. He’s an amazing dad, he’s done an amazing job. … I want to be happy.”

During the reunion, she elaborated further about what led to the split, explaining that there wasn’t “one specific thing that happened” between the duo.

“I think it was just a general difference of opinions on a few things that led to this decision and in no way would I want someone to think I didn’t give it my all or I didn’t try,” Kardashian told host Andy Cohen. I just feel like I’ve worked so hard in life to achieve everything that I’ve wanted to, and I’ve lived up to my expectations and achieved 10 times more than I even thought was humanly possible, but I don’t have a life to share that with. Like, I do — obviously my kids and everything — but am I just going to sit here and think, ‘OK, my kids fulfill me and I’m good?’”

The E! star has also been spotted in New York City multiple times this week, likely for the Monday, September 13, Met Gala.

And, Did, Kanye, Kardashian, Kim, W
You may also like: