Eating disorder dietitian reveals why you should NEVER force children to clear their plates, label foods as ‘healthy’ or go on a diet yourself

A dietitian who specialises in eating disorders has revealed why parents shouldn’t make children finish their plates or go on a diet.

Kate Regan, 26, from Philadelphia, Pennsylvania, said the conditions such as anorexia and bulimia can be triggered at a young age and well-meaning parents can inadvertently cause children to develop unhealthy food relationships.

The expert shared the five things she would never do when she becomes a parent – from not dieting herself to never labelling foods ‘unhealthy or healthy’ or body-shaming anyone. 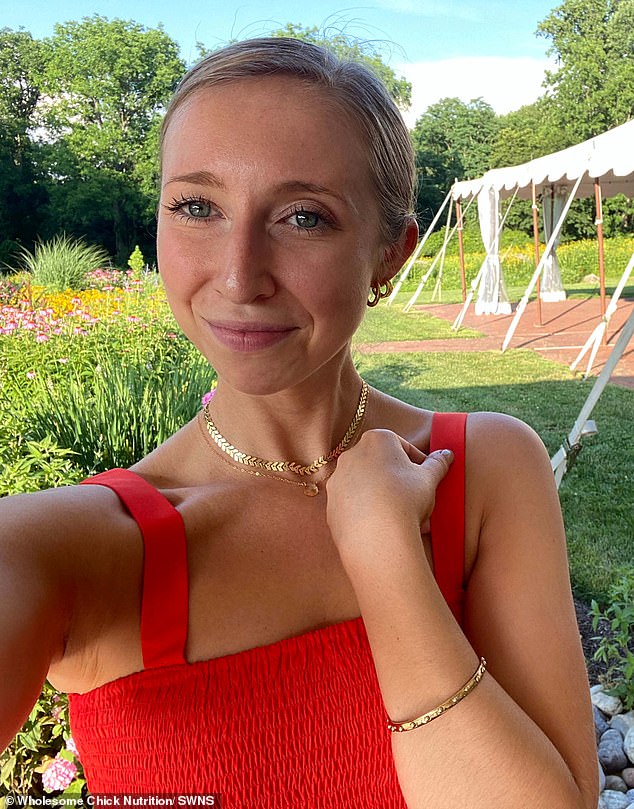 Kate Regan, 26, from Philadelphia, Pennsylvania, said the conditions such as anorexia and bulimia can be triggered at a young age and well-meaning parents can inadvertently cause children to develop unhealthy food relationships

She said: ‘I will not under any circumstances put my child on a diet or tell them that they need to lose weight.

‘A lot of eating disorders begin in childhood. Diets are inherently restrictive and teach you to follow a set of rules versus how we are born, where the instinct is to eat intuitively.

‘Diets draw away from your natural ability to listen to your body telling you when it’s hungry or full, which carries into adulthood.’ 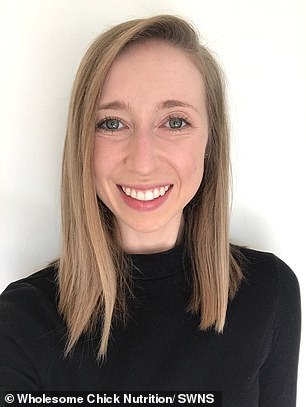 The second tip was for parents not to diet or ‘pursue intentional weight loss’ themselves.

Kate explained that even if you don’t directly tell your child, they notice and absorb your actions and behaviours, and they can still be influenced.

She said: ‘A child would grow up believing there is a right and wrong way to be eating, and that the pursuit of intentional weight loss is more important than their health.

‘Rather than dieting, I would prioritise health-promoting behaviours over looking at the number on the scales.’

Elsewhere, the expert insisted she would never label foods ‘healthy or unhealthy’ or ‘good or bad’.

The dietitian went on to explain that she would refer to them instead as ‘play foods’ and ‘fun foods’ versus ‘nutrient dense’ or ‘nutritious’ foods.

Kate said: ‘Using neutral language to describe food removes the morality and lets kids know that it’s OK for all foods to fit into their diet. 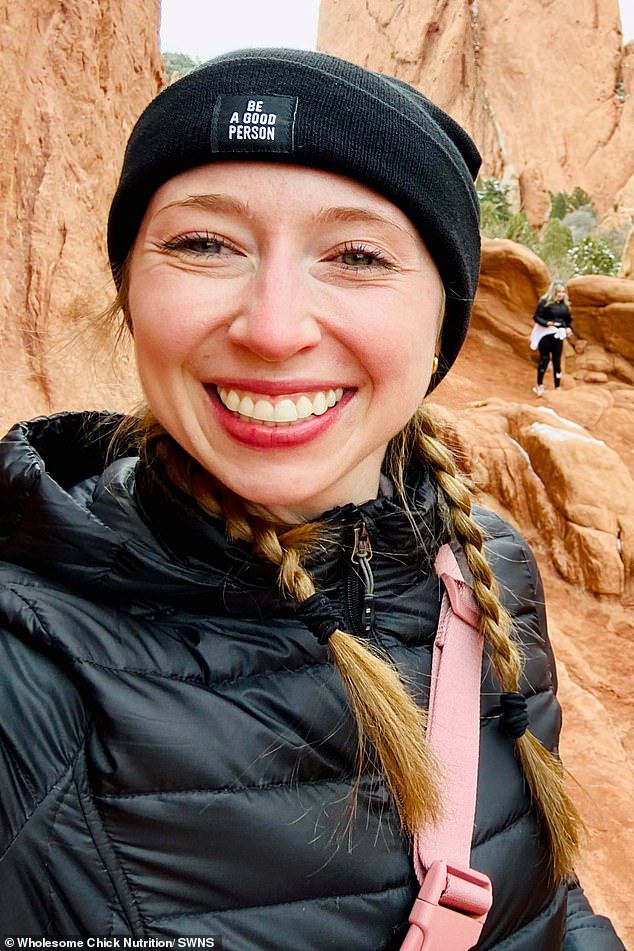 Elsewhere, the expert insisted she would never label foods ‘healthy or unhealthy’ or ‘good or bad’

‘When you attach morality to food, a lot of guilt and shame can come into play. They can internalise “bad” feelings about themselves when they eat “bad” foods and feel like a “bad” person.’

Anorexia is a serious mental illness where a person restricts their food intake, which often causes them to be severely underweight.

Some sufferers may experience periods of bingeing, followed by purging.

Sufferers often have a distorted view of themselves and think they are larger than they really are.

Untreated, patients can suffer loss of muscle and bone strength, as well as depression, low libido and menstruation ceasing in women.

Behavioural signs of anorexia include people saying they have already eaten or will do later, as well as counting calories, missing meals, hiding food and eating slowly.

As well as weight loss, sufferers may experience insomnia, constipation, bloating, feeling cold, hair loss, and swelling of the hands, face and feet.

She went on to insist that she will never body shame herself, her child or other people in front of her child.

‘If my child comes to me one day and says “I feel fat”, I will not respond with “you’re not fat – you’re beautiful”, instead I’ll respond with curiosity,’ she said.

‘Wondering why they might think that, why they might feel that, and be supportive of their feelings, without insinuating being fat is a bad thing, which it’s not.’

She said she would never make a child finish their plate of food, or tell them they can’t have anything else when they say they’re still hungry.

Kate, who is on TikTok @wholesomechicknutrition, said: ‘When children are encouraged to finish all the food even if they say they’re full, it teaches them to override their fullness cues. That can lead to them losing touch with those cues.’

When she shared some of her tips online, many people weighed in with their own experiences, particularly on the ‘finish your plate’ tip.

Making kids finish their food was one that many people commented to say they had experienced in their own childhood – and commended her for highlighting the risks.

One viewer wrote: ‘I was just waiting for the “finish all the food on the plate” one. Definitely still impacts my relationship with food.’

Another said: ‘I wish my mum never made me finish all the food on my plate, I feel I have to finish every thing even if I’m stuffed.’

A third agreed: ‘Me not knowing what full is because my dad forced me to eat as a kid and now calls me fat as an adult.’

Commending Kate for posting the video, one said: ‘I was really worried about seeing this video thinking it’d be a lot of mum shaming but I’m so glad I watched it. Great message!’