The beloved Disney magic we all know and love is headed to the kitchen! HL has an EXCLUSIVE preview of the upcoming series ‘Disney’s Magic Bake-Off’ starring Dara Reneé and Issac Ryan Brown!

“What if you could turn everything you love about Disney into the dessert of your dreams?” the voiceover in our EXCLUSIVE sneak peek of Disney’s Magic Bake-Off. HSMTMTS star Dara Reneé and Raven’s Home star Issac Ryan Brown are the hosts of this show that’s all about creating Disney magic in the kitchen.

“I’ve always been obsessed with cooking shows, ever since I was younger; so when I was provided this opportunity I jumped at it!” Dara told HollywoodLife. “Seeing these extraordinary bakers continue to shine in every single episode while also being able to work with my hilarious co-host Issac Ryan Brown has made this show an amazing experience!” 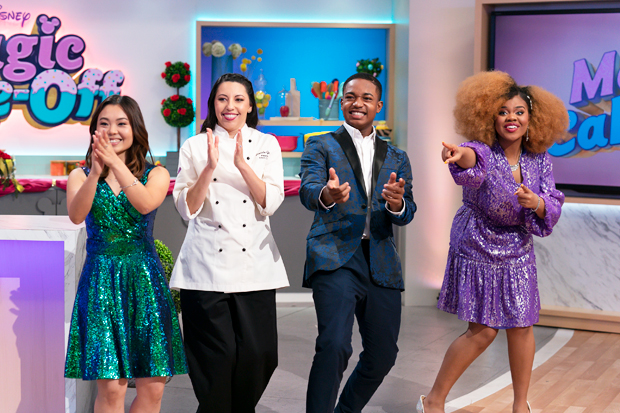 Issac was thrilled to be able to work with the High School Musical: The Musical: The Series star. “I wanted to be involved with the show to have an opportunity to host alongside one of the best co-hosts you could possibly hope for (love you, Dara!),” Issac said. “Co-hosting, and the opportunity to give young bakers a platform to show off their skills makes this the best job ever!”

Both Dara and Issac have specific treats that they were looking forward to fans seeing on the show. For Issac, it’s an “awesome cake in which the main ingredient was mocha.” Dara is all about the holiday cakes. “I am SO excited for everyone to see, all the beautiful variations of the holiday-themed anti-gravity cakes! It was so cool seeing these bakers create an illusion of a floating cake!” she said.

As for who would win in a bake-off, Dara and Isaac both said each other! “I feel like Dara would win because she told me that she had baked something before, but used healthier substitutes. That takes a LOT of skill!” Issac told HollywoodLife. Dara said, “Probably Issac because I’ll be honest, I’m not the best chef in the kitchen… but I’m working on it!”

Disney Channel and modern media company Tastemade team up to present Disney’s Magic Bake-Off, a one-hour unscripted competitive series for kids 6-14 combining the wonder of baking with the ingenuity of young pastry chefs as they set out to create the most extraordinary cakes inspired by the magic of Disney. Each week, three teams of two race against the clock to design a Disney-inspired cake, including classics such as Star Wars, The Lion King, Toy Story, Descendants, Zombies, and more! 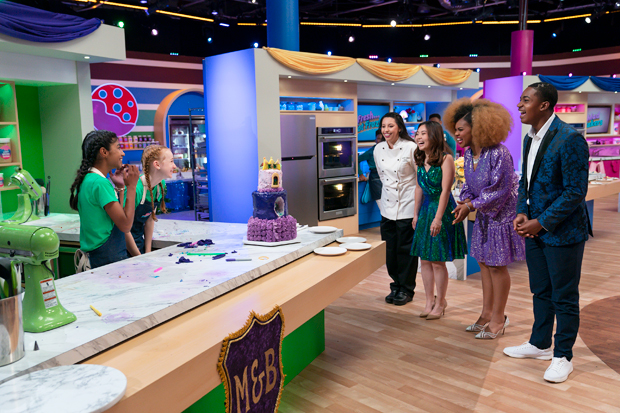 Dara and Issac, along with Disneyland resort pastry chef Graciela Gomez who serves as baking judge, guide the kid bakers through fun challenges and unexpected twists, all designed to elevate the contestants’ baking abilities, techniques, and creativity to new culinary heights. Each episode will declare a winning team to be named Disney Baking Champion. The winning recipe will become a featured Tastemade video available on Disney Channel and Tastemade social media platforms.

The Disney’s Magic Bake-Off series will premiere during Disney Channel’s FUN-lucky night of premieres, which will include the debut of the Disney Channel Original Movie Spin and the animated event Descendants: The Royal Wedding, all premiering on August 13, beginning at 8:00 p.m. EDT/PDT on Disney Channel and DisneyNOW.