Doctor, 38, battling Long Covid who previously treated dozens of Ebola patients in West Africa says she can now barely walk unaided and fears she may end up in a wheelchair after virus ‘damaged her spinal cord’

A doctor who previously treated dozens of Ebola patients in West Africa now fears she may need a wheelchair after coronavirus ‘damaged her spinal cord’.

Nathalie MacDermott, 38, originally from Cardiff but now based in south London, has Long Covid and is only able to walk about 200 metres without some form of assistance.

She told how neurologists believe the virus, which she contracted while working in a children’s ward, has damaged her spinal cord. It’s has also affected her bladder and bowel, causing urinary tract infections.

Speaking at the All-Party Parliamentary Group (APPG) on Coronavirus, Dr MacDermott said in addition she experiences pain in her arms and has weakness in her grip.

While rehabilitation clinics have been established across England to treat thousands of patients with Long Covid, they represent a tiny portion with only one per cent of patients still ill six months later. The proportion is likely a lot lower when everyone who never tested positive or realised they had the illness is taken into account. 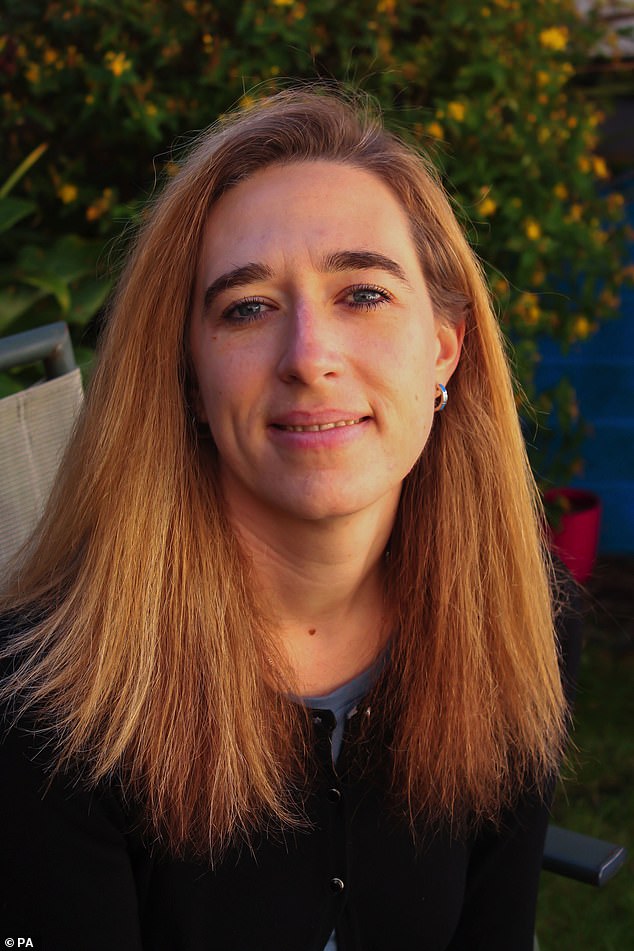 Nathalie MacDermott, 38, from Cardiff, has Long Covid and only walk about 200 metres without some form of assistance

Dr MacDermott, a clinical doctor sub-specialising in paediatric infectious diseases in the NHS, told MPs there needs to be ‘better recognition’ from employers that long Covid is a ‘genuine condition’ and that people may need to be off work for a significant period of time.

She added: ‘I think we need better recognition in the public, particularly the younger public who think that they’re invincible.

‘I’m 38 and I wonder if I’ll ever be able to walk properly without crutches again. Will this continue to get worse? Will I end up in a wheelchair?’

Dr MacDermott said she has been able to work from home in her academic research role but does not know how she will return to clinical work. 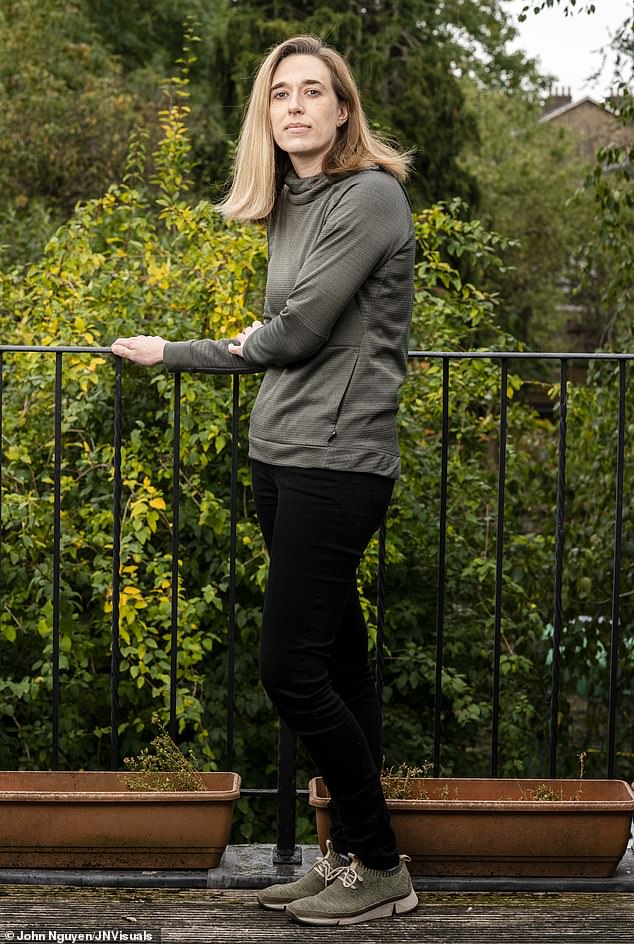 Dr MacDermott, pictured in September, said she has been able to work from home in her academic role but does not know how she will return to clinical work 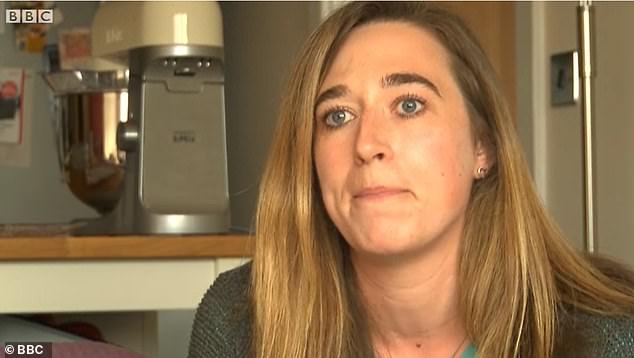 Dr MacDermott, pictured in 2014, said she has been able to work from home in her academic role but does not know how she will return to clinical work

‘There will need to be quite significant modifications in place for me to be able to be on the wards,’ she explained.

In 2014 Dr MacDermott spent a fortnight in Liberia with relief organisation Samaritan’s Purse, treating victims of the Ebola epidemic. During that time she watched as two colleagues, Americans Dr Kent Brantly and aid worker Nancy Writebol fell ill with the deadly virus.

Just three out of the 100 patients she helped that fortnight survived, and she described it as ‘one of the most traumatic experiences of my life’. On her return, she confined herself to her flat for three weeks before being given the all-clear.

Painful palpitations, chronic diarrhoea, brain fog and only being able to walk very short distances were among the symptoms described to MPs this week by three Long Covid patients in their thirties. 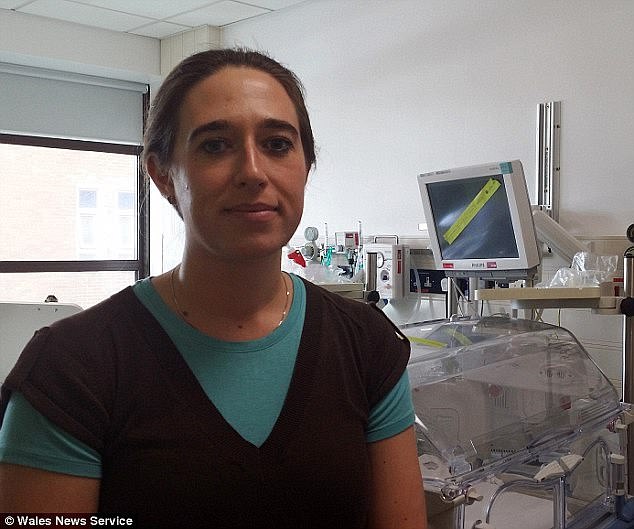 Dr Linn Jarte, a 33-year-old anaesthetist, said even just taking a couple of steps would make her feel ‘absolutely horrendous’ at the start of her experience with Long Covid.

‘I felt as if my whole body was just filled with lead, but at the same time I had this sort of painful burning situation, and it also made my heart rate just shoot through the roof,’ she said, adding that she had painful pins and needles.

Dr Jarte was affected by brain fog, describing it as a ‘thick cloud that just fills the brain’, adding: ‘I just stopped being able to think.’

She said she could not tolerate stimulation, with even soft music being too much for her. 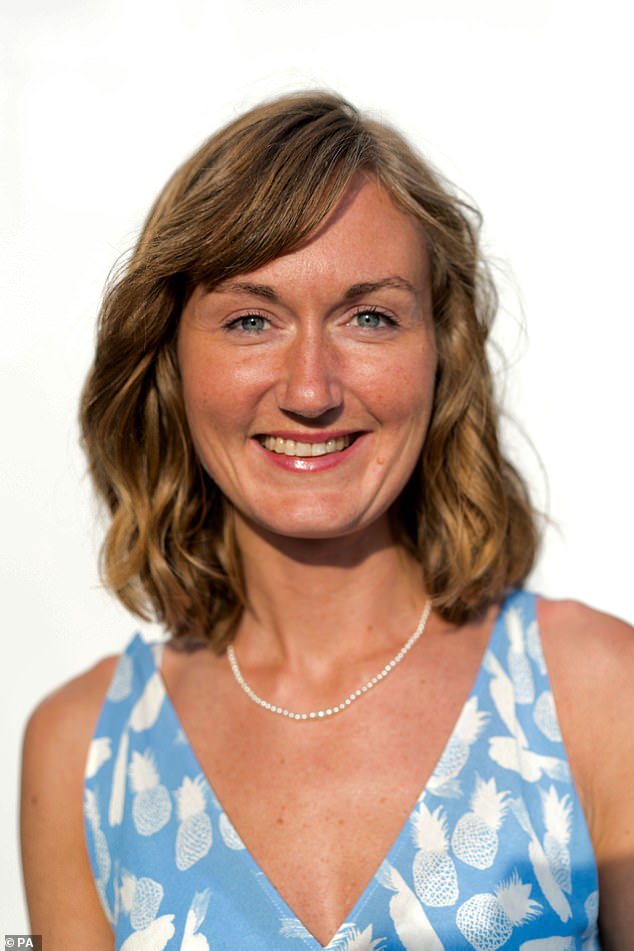 Dr Linn Jarte, a 33-year-old anaesthetist, said even just taking a couple of steps would make her feel ‘absolutely horrendous’ at the start of her experience with long Covid

‘I spent a lot of time during those first few months when I was the sickest just sort of staring into thin air,’ she said.

Dr Jarte said that before this happened to her, she was very fit and active.

Geraint Jones, 30, an advanced pharmacist specialising in HIV and homecare, described ‘crying on the floor’ of his living room after medics were unable to figure out what was wrong with him.

He told MPs that he suffered from chronic diarrhoea and abdominal pain for seven or eight hours per day at one point – a symptom which went on for 14 or 15 weeks. 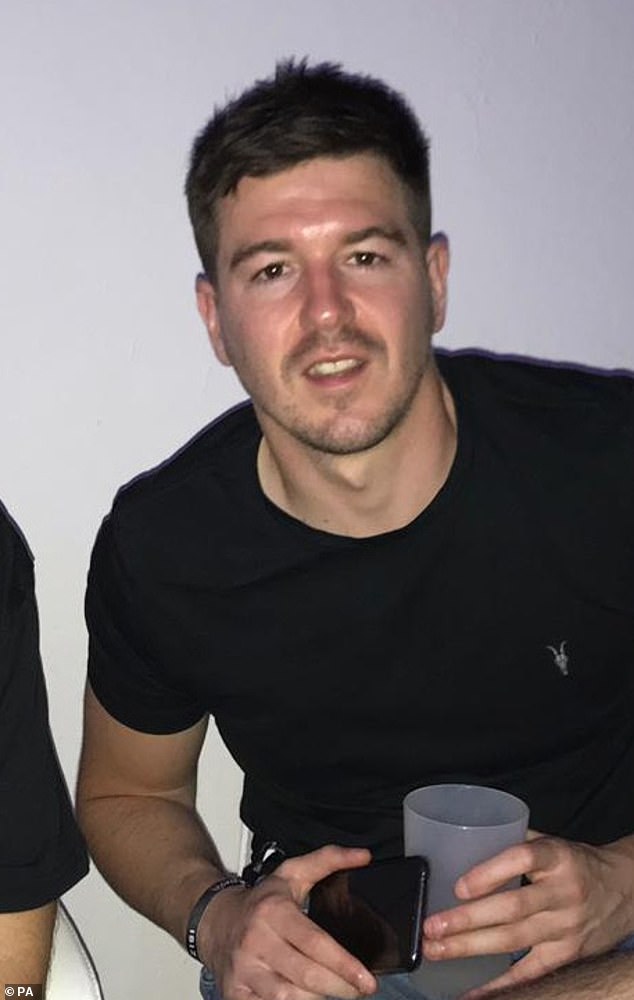 Geraint Jones, 30, an advanced pharmacist specialising in HIV and homecare, described ‘crying on the floor’ of his living room after medics were unable to figure out what was wrong with him

Mr Jones said this continues to be an ongoing issue, adding that he has also been left with brain fog where he is unable to recall the most basic of words or phrases.

He said he also has tinnitus in one ear and painful palpitations.

Who’s most likely to have long Covid?

Tim Spector, professor of genetic epidemiology at King’s College London is leader of the Covid Symptoms Study, published in July.

He said in a BMJ panel discussion that Long Covid is about twice as common in women as in men, according to data.

He added the average age of someone presenting with it was about four years older than people who had what might be termed as ‘short covid.’

Dr Jarte said she has been unable to work at all since she became ill, due to physically not being able to and also the brain fog, while Mr Jones said he worked from home from July to September ‘just out of stubbornness’ and a desire to keep going.

He added: ‘I woke up one morning in September and I just thought, “How long can I live like this? How long can I sustain this for?”‘

He said he has been off work since undergoing a number of investigations, but medics seem unable to determine the cause of his multiple and ongoing symptoms.

Mr Jones said he does not know if he has the physical and mental capacity to be safe to practice as a pharmacist at the moment.

‘Which is unfortunate because I love my job and I want to get back to helping my colleagues during these difficult times really, but I just physically can’t do it at the moment,’ he said.

Prof Altmann added: ‘How many of us want to take that risk?’

WHAT ARE THE LONG-TERM SYMPTOMS OF COVID-19?

Most coronavirus patients will recover within a fortnight, suffering a fever, cough and losing their sense of smell or taste for several days.

However, evidence is beginning to show that the tell-tale symptoms of the virus can persist for weeks on end in ‘long haulers’ — the term for patients plagued by lasting complications.

Data from the COVID Symptom Study app, by King’s College London and health company Zoe, suggests one in ten people may still have symptoms after three weeks, and some may suffer for months.

For those with more severe disease, Italian researchers who tracked 143 people who had been hospitalised with the disease found almost 90 per cent still had symptoms including fatigue two months after first falling unwell.

The most common complaints were fatigue, a shortness of breath and joint pain – all of which were reported during their battle with the illness.

Another study in Italy showed one in ten people who lose their sense of taste and smell with the coronavirus – now recognised as a key sign of the infection – may not get it back within a month.

The study, published in the journal JAMA Otolaryngology – Head and Neck Surgery, involved 187 Italians who had the virus but who were not ill enough to be admitted to hospital.

The UK’s Chief Medical Officer Professor Chris Whitty has said the longer term impacts of Covid-19 on health ‘may be significant’.

Support groups such as Long Covid have popped up online for those who ‘have suspected Covid-19 and your experience doesn’t follow the textbook symptoms or recovery time’.

CRAIG BROWN: Help me if you can with this Beatles trivia

DAILY MAIL COMMENT: A ruthless stab at the heart of the Family