Dolly Parton reveals the truth about her little tattoos

In an interview with W Magazine, the country icon, 75, opened up about her “little tattoos,” of which she has “more than one.”

“I have a few little tattoos here and there,” she told the magazine, before sharing the reasoning behind the designs.

“Most of my tattoos came because I’m very fair and I have a tendency to scar when I get any kind of cut,” she added.

“I’ve had surgeries for different things, and if the scars didn’t heal properly, I just gotta put tattoos to take the sting out.”

But don’t expect the “Jolene” singer to be flaunting any hardcore ink, as she told the magazine she doesn’t have “the real heavy, dark tattoos.”

“Mine are all pastel,” she said. “And I have more than one!”

She’s previously revealed that the delicate designs include bows, a beehive, ribbons and — her signature symbol — butterflies.

“Butterflies don’t sting, they don’t bite…I just kind of related to them with my own personality,” she told W of her beloved butterflies, which she’s also included on everything from the Dollywood logo to her recently-released perfume bottles. 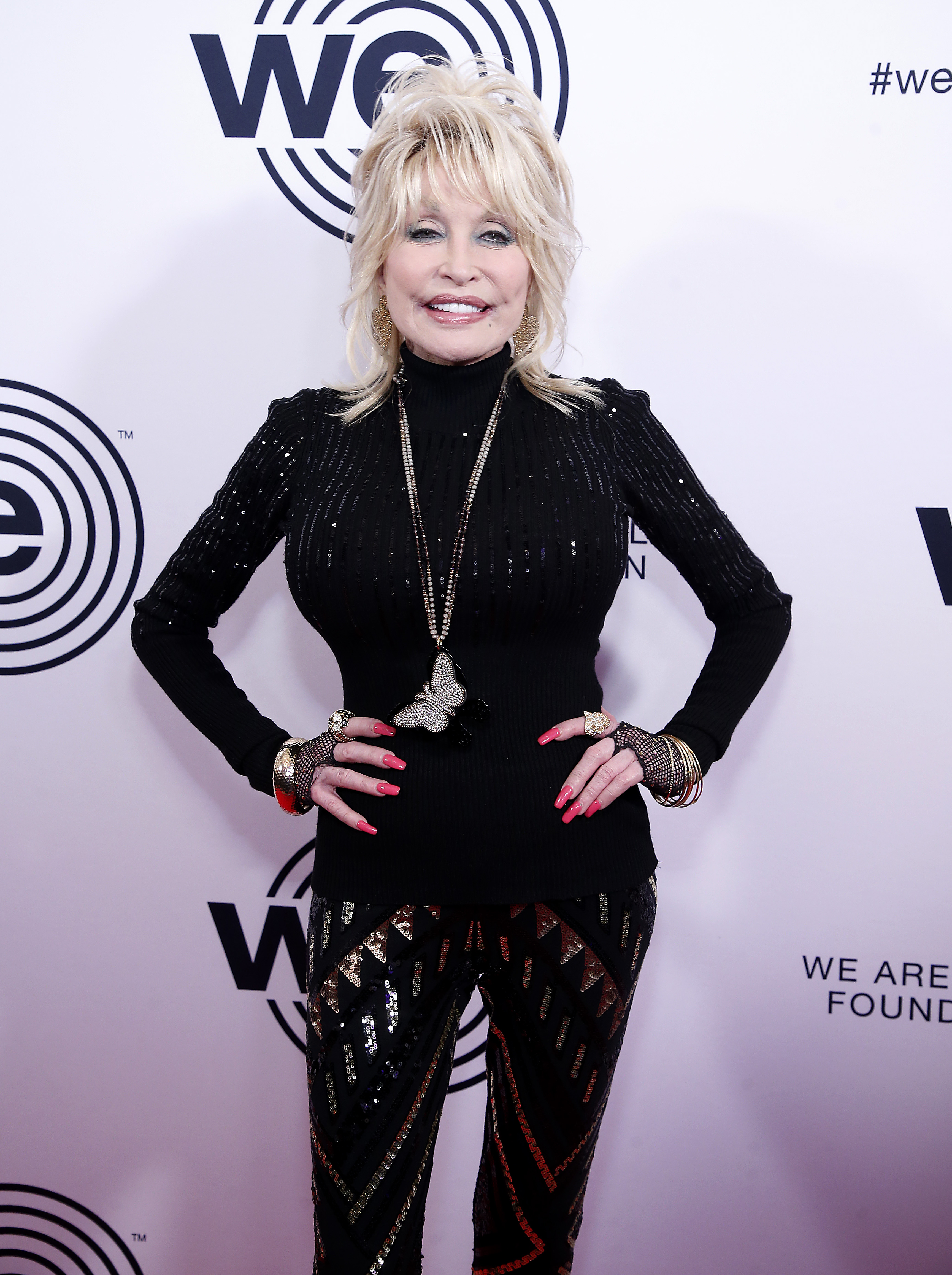 Much ink has been spilled about Parton’s ink over the years, with some speculating she might be secretly covered in tattoos due to her predilection for long-sleeved styles.

Back in 2011, Roseanne Barr fueled rumors when she said on Craig Ferguson’s late-night show that the star is “totally tattooed” and has “pastel gorgeous bows all over everything.”

Parton set the record straight in 2020, telling People that her designs are “tasteful” and that she’s “not a tattoo girl.”

But as for whether she’d ever add to her collection? Perhaps we’ll never know.

“Who knows, I may get some more later. I may just have to get covered with tattoos just so everybody could be right!” she said at the time.

Dolly, Parton, reveals, the, truth
You may also like: