Following this paper’s shocking exposé of the treatment of female submariners, the Royal Navy is investigating sexual abuse. About time.

I’ve never understood why anyone, male or female, would choose to become a submariner. As the partner then wife of a man who did make that choice in the late 1970s and 1980s, I know of what I speak. My first encounter with the boat (and yes, submarines are known as boats) that was his home for significant periods filled me with horror.

She was sitting in dock and families had been invited for a visit. The sight of this great killing machine shocked me long before I climbed on board, struggled into the conning tower, clambered down the ladder and found myself in the very centre of the vessel, periscope and all.

The smell was overwhelming. Imagine overcooked cabbage and combine it with the stench of sweaty feet and under-washed male bodies. Horrible. 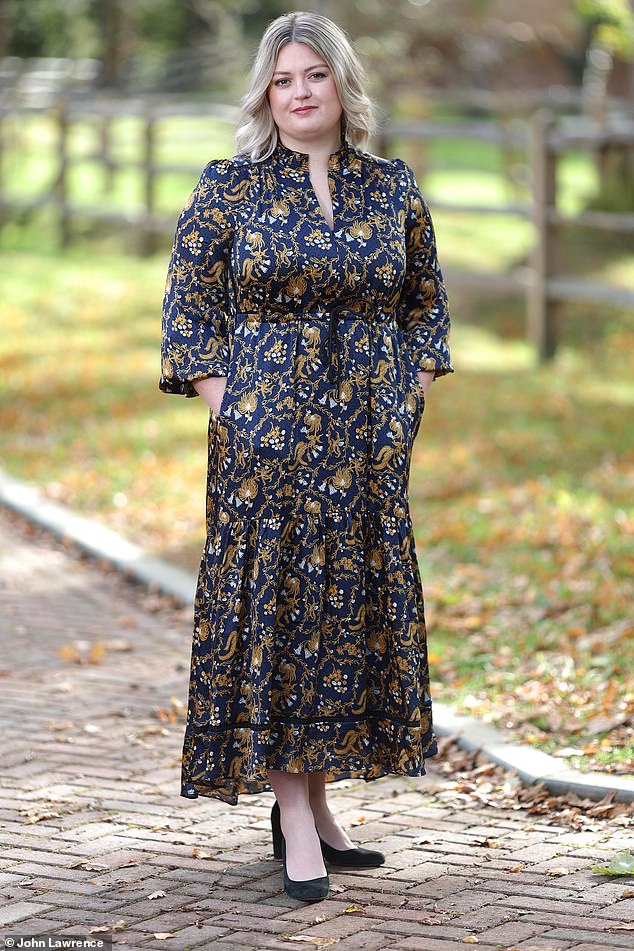 Sophie Brook (pictured) was sacked from the Royal Navy after sharing emails with another officer. She said she was called a ‘c***’ and sexually harassed by one of her colleagues. It was not only one man who made her suffer. She was punched, hit and forcibly kissed

The lack of space in the submarine was suffocating, even though we were in dock. No chance of any fresh air at all when the boat is submerged.

We walked down the long corridor to the officers’ mess and sat around the table where every meal would be taken alongside men — some you liked, some you didn’t — for weeks on end.

We didn’t talk so much about safe spaces for women back then and, of course, the matter didn’t arise in a submarine. It would be another three decades before there were any women in the crew.

Sleeping arrangements seemed inhumane. Hot bunking with a fellow officer — as you left for your shift in the ops room, he would take your place. Six hours on, six off, if I remember rightly.

Hardly a restful trip, with white lighting indoors when it was light in the real world, red lights when it would be dark outside.

It was the only way the men could know whether there was daylight or darkness when they were under the sea. 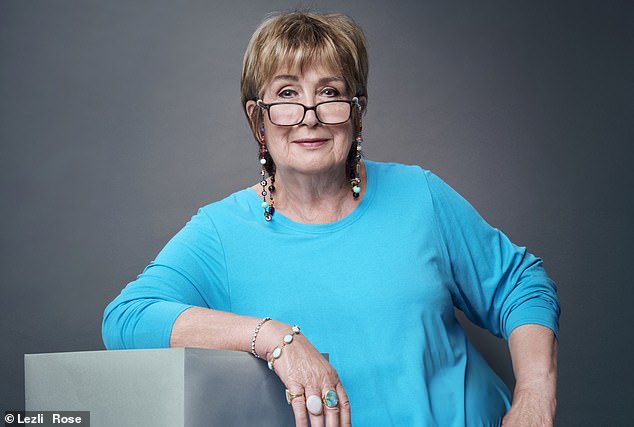 Jenni Murray (pictured) was the partner then wife of a man who joined the Royal Navy. The UK-based writer describes how she found submarines in the 1980s inhumane

The trips were long — two or three months, completely incommunicado. Practical messages could be sent occasionally, but we were told there must be nothing worrying or hurtful passed on. And joining didn’t mean getting to see the world. Submarines that were nuclear-powered were not welcome in many ports.

There were always parties when they did get to dock and I would travel any distance to meet my man. There’d be jokes about the number of pornographic films that were kept on board ‘for the ratings’ (the junior submariners) as the officers used to say. I never believed a word of it.

‘Submariners do it deeper’ was a familiar saying that would make everybody laugh. It doesn’t seem so funny any more.

I couldn’t feel more pity for the young women who believed things had changed and, by May 2014, became the first female officers in the 110-year history of the submarine service. 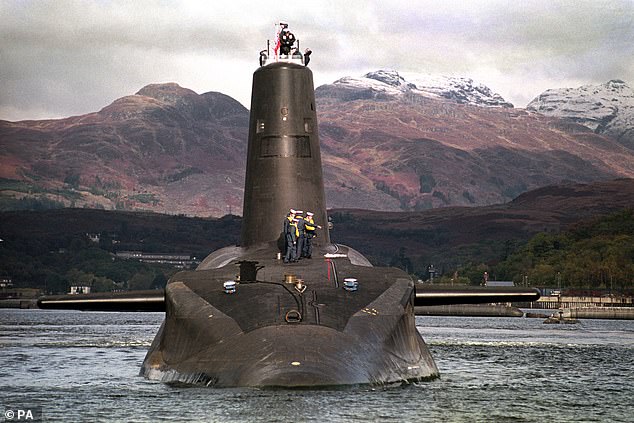 Jenni said the most frightening revelation in the investigation was the existence of the ‘crush depth rape list’. Crush depth is the fatal point at which a submarine sinks so low it’s crushed by the pressure. The rape list ranked female colleagues in the order they should be raped in such an event

They got through the arduous officer training. They wore their uniforms with pride. They were brave, strong and ambitious. They were brilliant at maths, they’d trained as engineers, they were deemed fit enough — mentally and physically — to live in such difficult circumstances and lead a ship’s company.

How dare those men think it acceptable to bully and sexually harass such brilliant women — or, indeed, any women?

Stories told to this paper by former navy lieutenant Sophie Brook are beyond belief. She said she was called a ‘c***’ and sexually harassed by one of her colleagues. It was not only one man who made her suffer. She was punched, hit and forcibly kissed. Senior officers, she said, put their genitals in her pocket while she was responsible for the periscope.

There was nothing that Sophie could do. An officer is not allowed to look away when peering through the periscope — concentration is essential to the safety of the submarine and any shipping around it.

Perhaps the most frightening revelation was the existence of the ‘crush depth rape list’. Crush depth is the fatal point at which a submarine sinks so low it’s crushed by the pressure. The rape list ranked female colleagues in the order they should be raped in such an event. Sophie was sixth.

Sophie did not achieve her ambition of becoming the first female commander of a submarine. She couldn’t endure the appalling treatment she suffered on tour.

How awful to have been trapped there, with no one to whom she could make a complaint and no contact with the outside world.

Don’t kid me that the top brass in the Royal Navy had no idea what was going on. They’ve all lived during their careers in what can only be described as a culture of toxic masculinity.

It’s a bit late for bosses to express surprise. They should have been on it from the moment women joined in 2014 and made it clear that abuse and harassment would lead to loss of rank and the sack. Let’s hope they mean it now.

You’d care if it was about your family, Ms Debicki 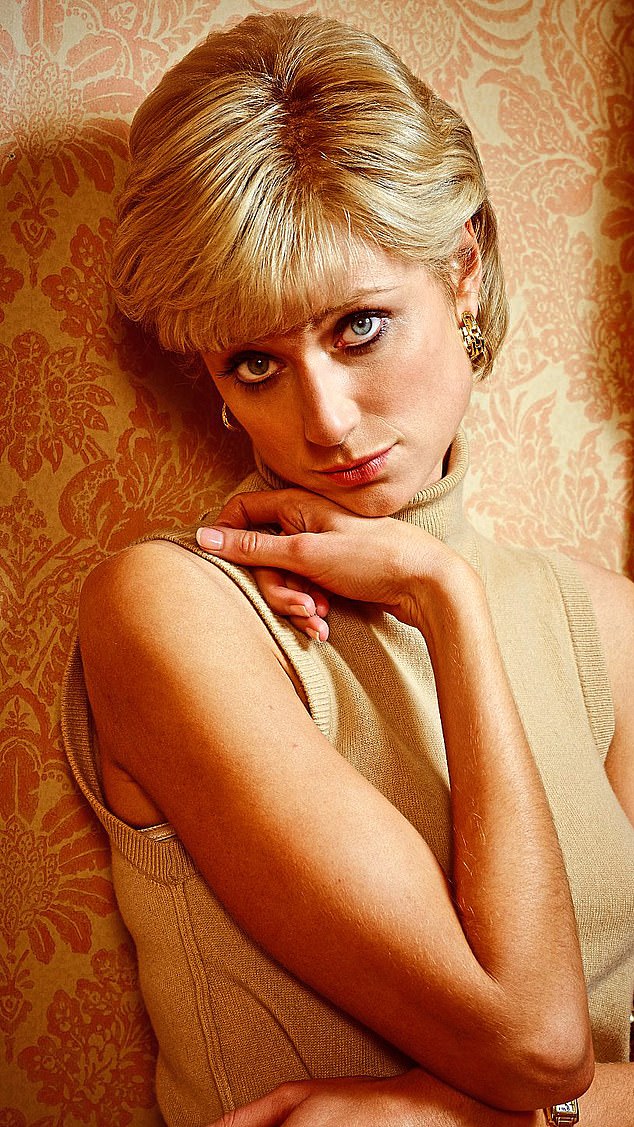 Elizabeth Debicki, (pictured) who plays Princess Diana in the coming series of The Crown, says critics should stop complaining about the plotlines

Elizabeth Debicki, who plays Princess Diana in the coming series of The Crown, says critics should stop complaining about the plotlines. ‘It’s time to move on,’ she says. Which is all very well when it’s not your parents’ divorce and the death of your mother being flogged as entertainment.

You’re never too old for your first convertible! 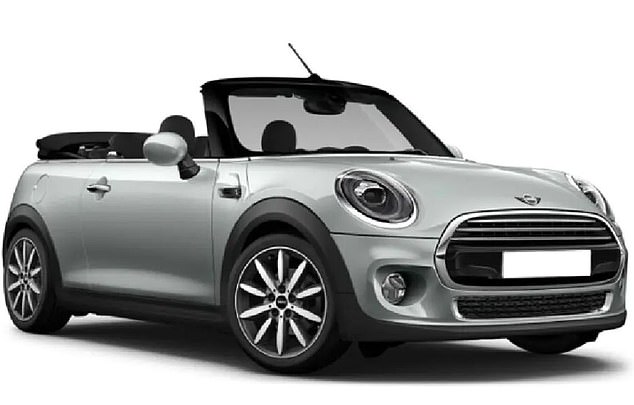 A moment of madness at the weekend. I’ve always wanted a convertible Mini Cooper. I saw one, in silver — second-hand — and I got a good trade-in for my black Mini One. Friends said: ‘A convertible as winter begins?’ Christina, the saleswoman said: ‘They’re wrong. It’s the cheapest time of the year to buy one.’ You are never too old for a sports car, which I shall drive round London at 20mph with a big smile on my face. 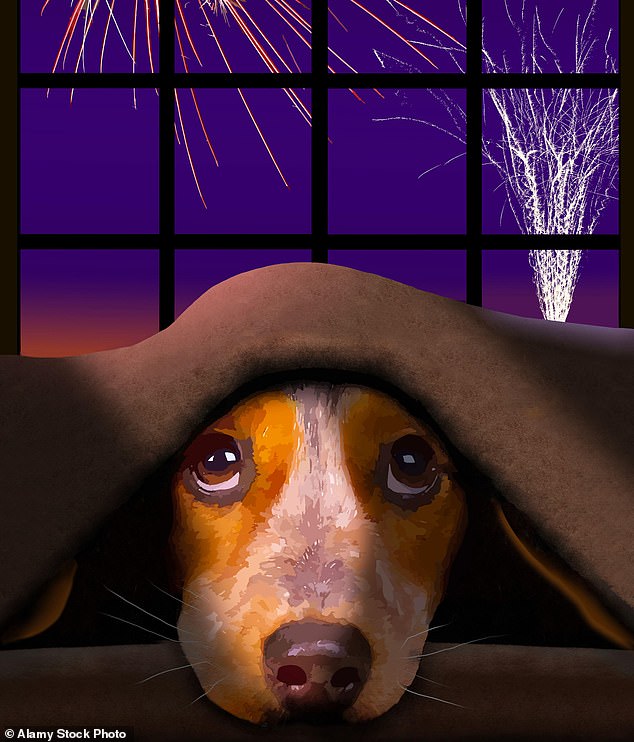 What a horrid time of year this is. The fireworks began on October 28 and will continue through to Bonfire Night and beyond. The Kennel Club’s data show that more dogs go missing during fireworks fortnight than at any other time — terrified by the bangs and flares.

Then there’s the clocks going back. We all think ‘How lovely, an extra hour in bed.’ Then we’re depressed when it’s dark at 4pm.

And don’t talk to me about Hallowe’en! Children taught to spend a packet on scary clothes and then go knocking, threatening trick or treat to even the most vulnerable. No! Ban fireworks except on Bonfire Night when we know to expect them, leave the clocks alone and let children bob an apple on the 31st.