Drew Barrymore: 'I Respect' Lucy Liu for Speaking Up About Bill Murray Feud

Showing her support. Drew Barrymore weighed in on Lucy Liu‘s recent revelation about her disagreement with Bill Murray while they filmed Charlie’s Angels, and she backed her fellow Angel 100 percent.

“I did this whole video and sent it to her to back her up, and she was like, ‘Nah, I don’t need it,’” the Never Been Kissed star, 46, said during the Tuesday, October 5, episode of her talk show.

In July, the Kill Bill: Vol. 1 star, 52, told The Los Angeles Times‘ “Asian Enough” podcast that Murray, 71, used “inexcusable and unacceptable” language when they were filming the 2000 movie. 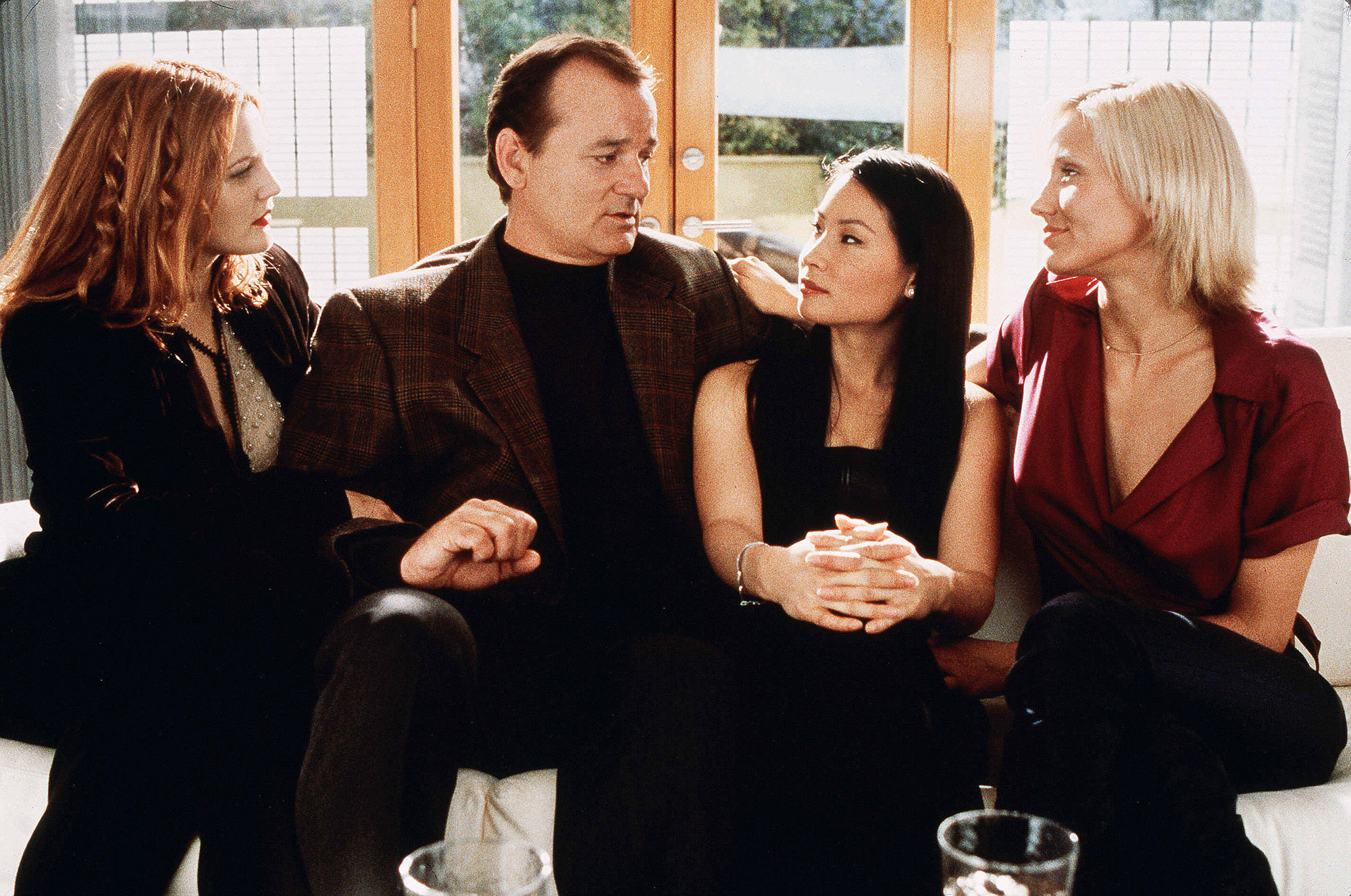 “As we’re doing the scene, Bill starts to sort of hurl insults, and I won’t get into the specifics, but it kept going on and on,” she claimed at the time. “I was, like, ‘Wow, he seems like he’s looking straight at me.’ I couldn’t believe that [the remarks] could be towards me because what do I have to do with anything majorly important at that time?”

‘Charlie’s Angels’ Through the Years, From Farrah to K.Stew

She then asked the Caddyshack actor if he was talking to her, adding that their communication became “one on one” after that. “I was not going to just sit there and take it,” the Elementary alum explained. “So, yes, I stood up for myself, and I don’t regret it. Because no matter how low on the totem pole you may be or wherever you came from, there’s no need to condescend or to put other people down. And I would not stand down, and nor should I have.”

On Tuesday, Barrymore praised her former costar for her reaction to Murray’s actions, noting that the comedian’s behavior was negative in “general” before he “zeroed in” on Liu.

Celebrity BFFs Through the Years: Photos

“What really happened was Bill was just in a — you know, comedians can be a little dark sometimes — and he just came in in a bad mood, and what you have to know is how much Lucy stood up for herself and that was the great thing that came out of an unfortunate circumstance,” the Ever After star said. “She literally said, ‘I do not accept that kind of behavior from you.’ And we all supported her and backed her up and we moved forward.”

The Golden Globe winner added that she was “proud” Liu and the rest of the cast and crew didn’t stand down. “I respected [Lucy] then, I respect her now,” she said. “We dealt with it right then and there, we were strong and we moved forward and we didn’t accept anything less moving forward.”

Asked about the feud in a 2009 interview, Murray implied that he behaved the way he did as a reaction to Liu’s attitude. “Look, I will dismiss you completely if you are unprofessional and working with me,” he told the Times of London. “When our relationship is professional, and you’re not getting that done, forget it.”