Ella Emhoff wants everyone to embrace the unibrow

“Browfluencer” Ella Emhoff would like you to stop over-plucking your arches.

The 22-year-old stepdaughter of Vice President Kamala Harris recently modeled in Balenciaga’s show during Paris Fashion Week, taking Vogue behind the scenes — and dropping some beauty advice in the process.

“When I was younger I would pluck my middle brow area, but I recently stopped and it’s amazing,” said the second daughter, who went viral in January by seemingly wiggling her eyebrows at former VP Mike Pence during the inauguration.

“I think everyone should just embrace their little unibrows,” she added.

Emhoff’s swearing-in style, quirky personality and laid-back beauty — she wears “basically no makeup,” as she told Vogue, and proudly shows off her armpit hair and natural curls — landed her a contract with IMG Models mere days after the inauguration.

“As someone who, like a lot of young girls out there, had self-confidence issues, it is intimidating and scary to go into this world that is hyper-focused on you and the body,” she told the New York Times at the time, adding that she hopes to continue pushing for diversity in the industry as someone with “really weird tattoos and kind of a funky haircut.”

It’s been a whirlwind for the “first daughter of Bushwick” ever since; she made her runway debut and landed her first magazine cover in February, scored a collaboration with buzzy designer Batsheva (who dressed her for the inauguration) in March and attended her first Met Gala in September. 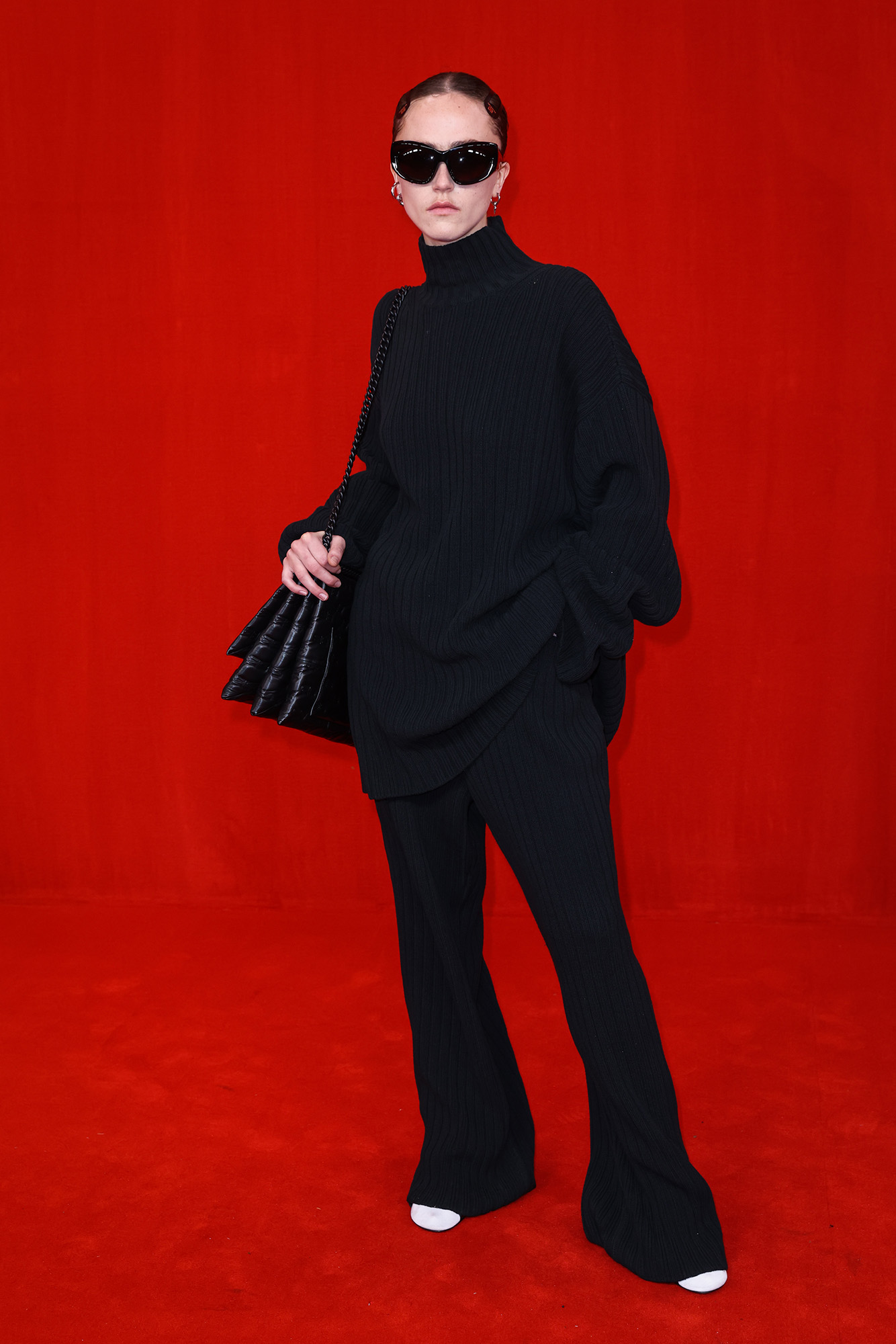 This Fashion Month, the Parsons School of Design grad has walked runways for Proenza Schouler and Miu Miu in addition to Balenciaga, where she modeled a baggy all-black matching set comprised of an oversized turtleneck and knit trousers.

“I hope you don’t trip on these pants @ellaemhoff #MOMWORRIES,” her mom, Kerstin Emhoff, teased on Instagram post-show.

Ella, Emhoff, Everyone, to, wants
You may also like: