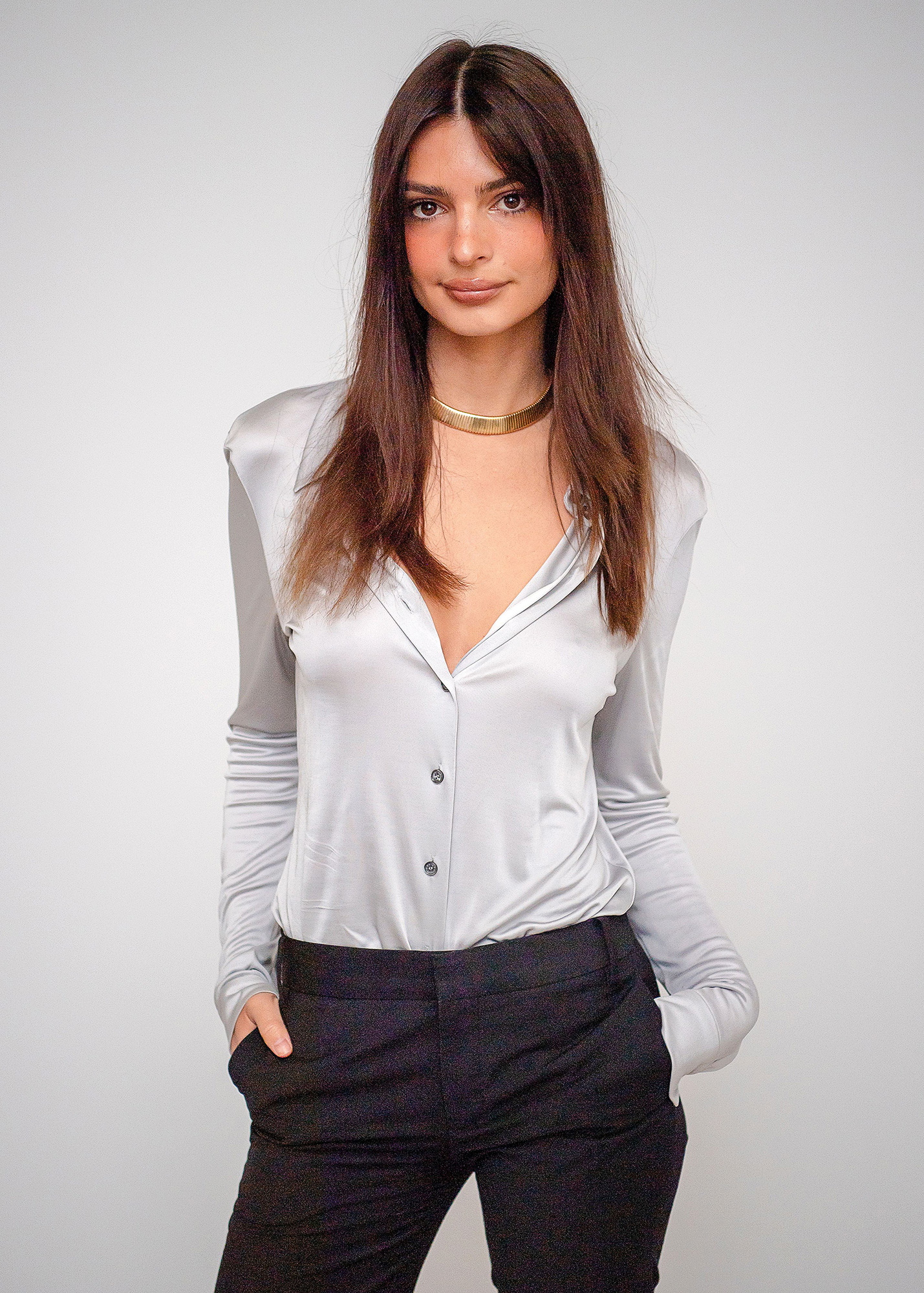 Taking the plunge! Emily Ratajkowski revisited the dress she wore for Harper’s Bazaar ICONS party in 2016 — and revealed that the bold look caused quite a bit of contention.

“Somebody called it ‘extremely vulgar’ and it became this huge controversy on the internet,” the model, 31, told Harper’s Bazaar in an interview published on Thursday, October 20. “I was in my 20s and just, like, hadn’t registered that it was so sexy, because there is a panel in the middle, but it looks like there isn’t.”

Ratajkowski revealed that the low plunging Julien Macdonald ensemble was “the most controversial dress” and explained she had “no idea what a scene” the gown would cause. 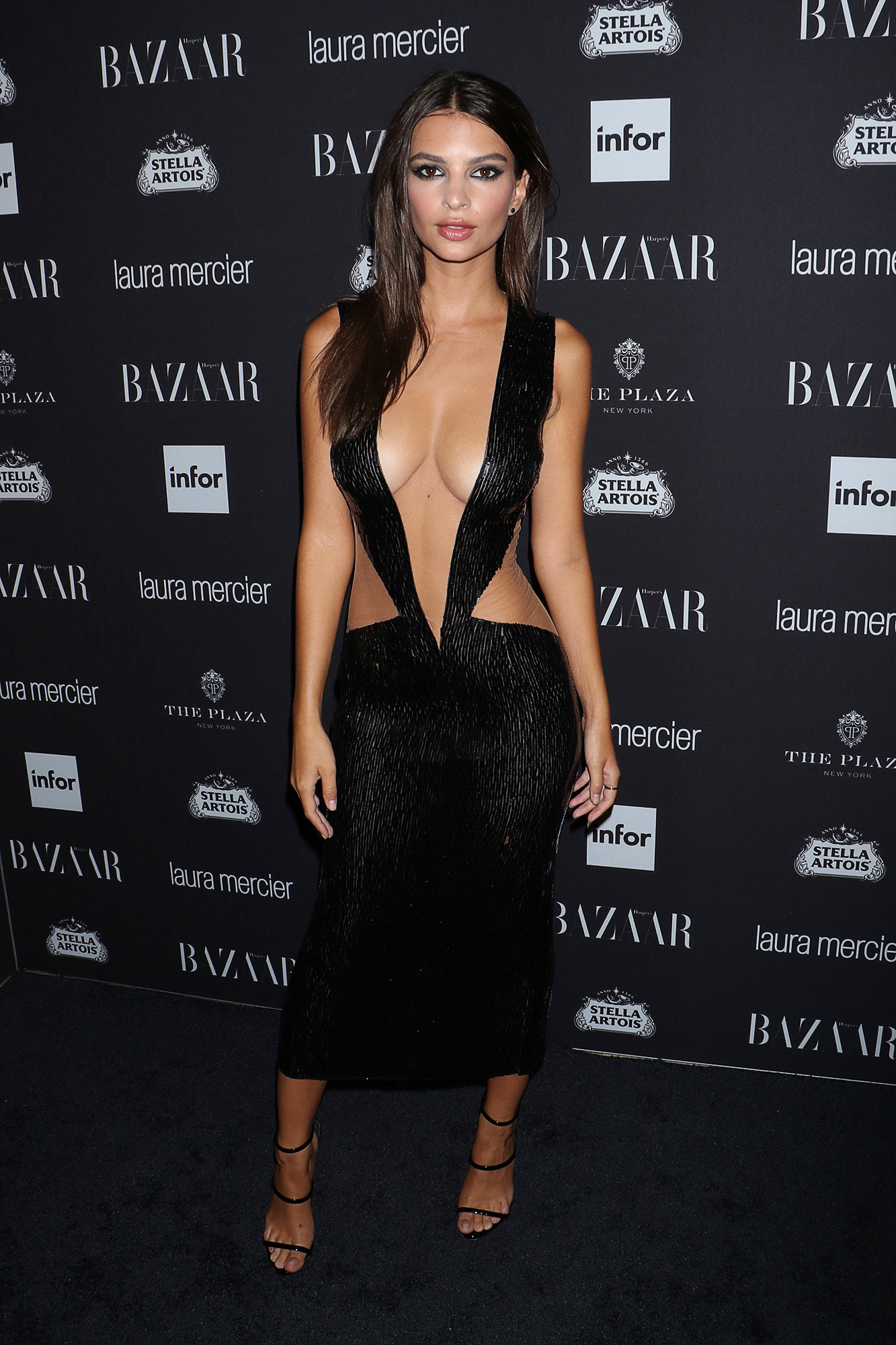 “I was basically called out for wanting attention, which I think is interesting because you go to red carpets for attention, basically,” she said, sharing that one of her agents got “mad” at her for wearing something “too sexy” on the red carpet.

She added, “And then I basically called the person who said it was a vulgar dress ‘sexist,’ and there was drama.”

Despite the criticism, the Gone Girl star proudly stands by the skin-baring frock, telling Harper’s Bazaar on Thursday, “I still think I look great.”

The “Blurred Lines” beauty, who launched clothing line Inamorata in 2017, has been known to take chances when it comes to her style.

While attending W. Magazine’s 50th Anniversary celebrations earlier this month, Ratajkowski donned a long-sleeve fishnet dress with lingerie underneath. She accessorized with black heels and a black bag, letting her hair hand down in loose curls.

In November 2021, the My Body author brought back the low-rise trend at the CFDA Fashion Awards when she stepped out in a gray, ribbed zip-up cropped sweater and a pleated midi skirt from Miu Miu. Ratajkowski paired the look with preppy pumps — also from the Italian fashion house.

The supermodel has been delving into new trends when it comes to her personal style since her July divorce from Sebastian Bear-McClard. The twosome, who tied the knot in February 2018, share 16-month-old son Sylvester.)

One month after their split, Ratajkowski attended Bad Bunny’s concert at Yankee Stadium wearing an orange and ivory-patterned swimsuit from her clothing brand, Inamorata.

About Last Night: See the Best Dressed Stars on the Red Carpet and Beyond

The daring number featured a dramatic deep V-neckline and an ultra-high waist. The We Are Your Friends actress paired the outfit with a khaki micro miniskirt and a thick black belt that featured a metallic buckle. On her feet, Ratajkowski sported rustic cowboy boots from Mango.

“Can you tell we had fun seeing Benito last night?!” Ratajkowski captioned a carousel of images via Instagram of her look