Enough with the bafflegab. Here’s why a Plain Language Bill makes sense

Don’t look now, but Kiwis are pivoting. In fact, words like “pivot” are skating on thin ice in Auckland, along with “best-practice benchmarking” and “synergistic growth strategies”. Credit goes to the Plain Language Bill, passed last month in NZ parliament, where plain language is defined as “appropriate to the intended audience”, using words that are “clear, concise and well organised.”

Backed by the Greens and Maori Party, the bill seeks to simplify the public sector’s paperwork, ditching dense clauses for short verbs, simple nouns, scarce semicolons. Or that’s the plan. “New Zealanders have a right to understand what the government is asking them to do,” says Labour MP Rachel Boyack, who presented the bill. The watchword is inclusion. Bureaucrats must opt for lucid English, the easier for people from non-English backgrounds and varying education levels to grasp. 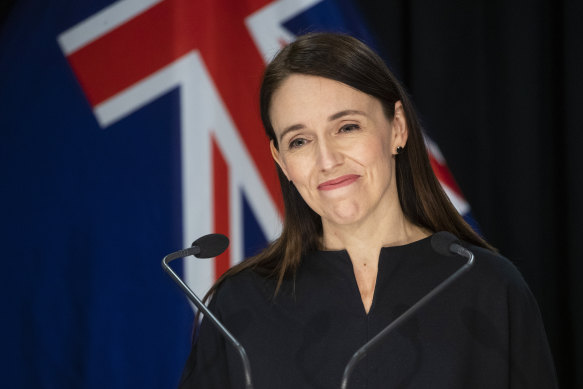 Jacinda Ardern’s NZ Labour Party has introduced a bill to fight the evils of office-ese, buzz-talk and unnecessary jargon.Credit:NZ Herald

Commonsense, you’d imagine – yet Voltaire reminds us that commonsense seldom is. Opposition members have scorned the move, including National MP Simeon Brown, who labels the bill as “a solution looking for a problem”, an invitation for “plain language police” to patrol the halls “with their clipboards and their little white coats.”

Yeah-no, I can’t see that scene playing out. Rather my qualms lie in the bill’s reluctance to define non-plain language, as English owns three types, for three reasons. The first is office-ese, or buzz-talk, often the fodder of bullshit bingo cards. Disrupt. Unpack. Traverse. Seasoned staff will know the dialect well – where every dive is deep, each circle is back, and paradigms are made to shift.

Buzz-talk is a trite shorthand of action and intent, familiar to those who exchange the same phrases: road-testing the optics, aligning the silos, leveraging capacity. Silly-sounding from the margins, office-ese rebounds within an open-plan echo chamber, a tribal affirmation of belonging.

Jargon is the next level of opacity, where English shifts from video chat hubbub to insider tech-speak. Botanists, say, know a spathe as a conspicuous bract subtending a spadix. Coders talk of “satisficing protoduction”, while linguists label the dry-cough sound of chutzpah’s ch a velar fricative. The shameless speech of specialists, jargon is distinct from bafflegab, the final frontier of non-plain language.

Bafflegab, the term, was coined by US lawyer Milton A Smith 70 years ago. Our own Don Watson prefers weasel words. This is language contrived to confound, combining office patois with bureaucratic shape-shifting. The enemy of communication, bafflegab reigns supreme in Season 3 of Utopia, capturing the current challenge facing our Tasman cousins. In Episode 7, nation-builder Tony Woodford (Rob Sitch) has been asked to translate a white paper from the Defence Department.

Interoperability. Recalibrated capabilities. At 200 pages, the dossier is a camouflage exercise fashioned by camouflage masters. Tony tries his best, of course. He summons brigadiers and generals, imploring each to decipher the gibberish, but in vain. As bafflegab seeks indemnity, resorting to the unfathomable to express the unsayable. Why speak clearly when the simple truth is unsavoury? Where office-ese and jargon answer to group-speak, bafflegab runs closer to spook-speak, a Pacific solution of deniability, engineered to hide its agenda, or deny an agenda even exists.

The Utopia episode culminates in the boardroom. Tony listens to what the stakeholders aren’t saying, prompting him to ask, “So under this scenario, we’re spending $30 billion a year to protect our trade with China… from China?” Timid nods confirm the absurdity, explaining why weasel-speech is here to stay, artfully not saying what can’t afford to be said plainly. Still, we wish the Kiwis every strength. Their Plain Language Bill should be a robust, solution-driven, cutting-edge, value-added learning.