Erika Jayne's Comments About Being a Government Witness Finally Explained 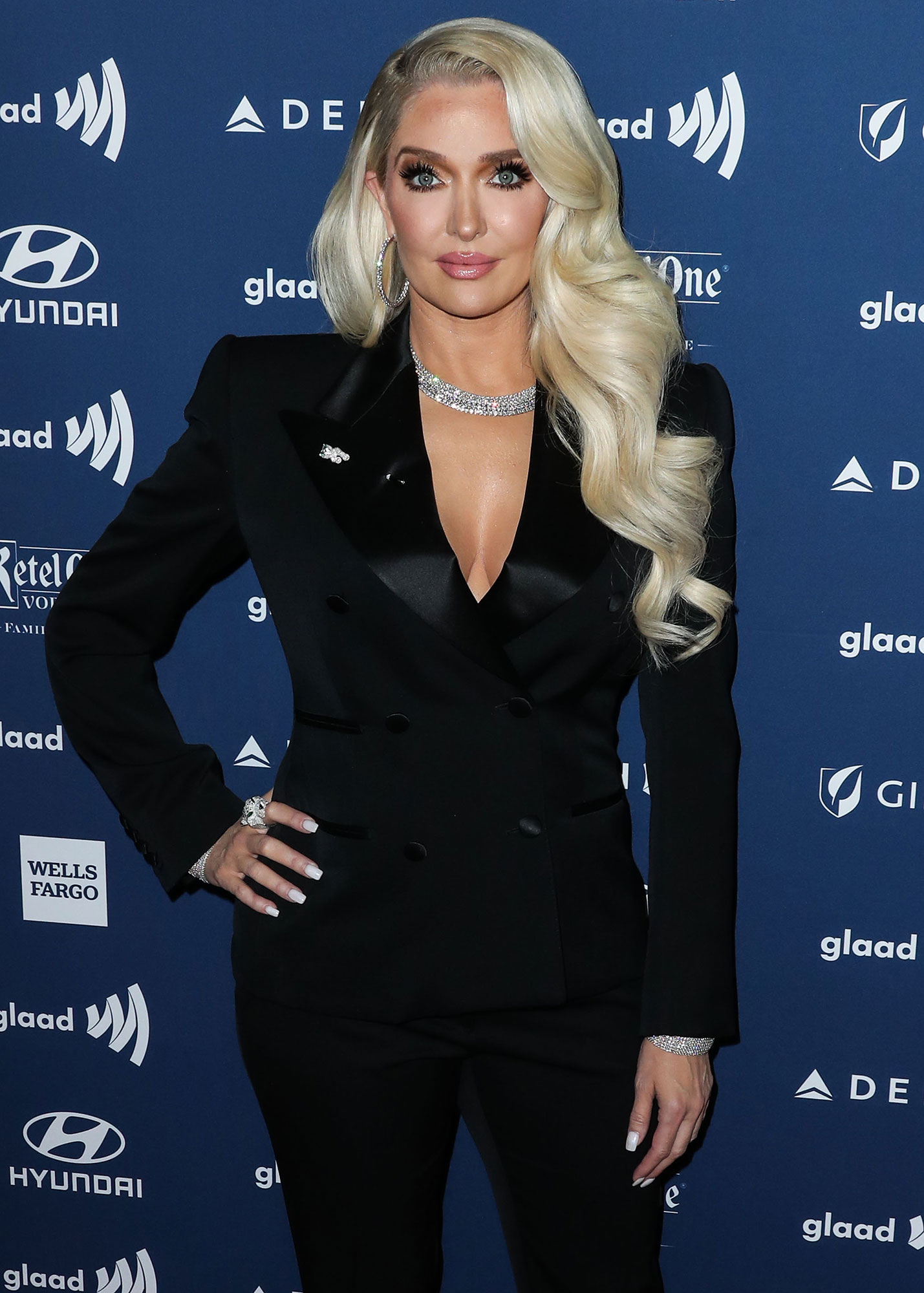 Months after Erika Jayne’s eyebrow-raising comment during a game of Two Truths and a Lie, investigator Ronald Richards is shedding light on her claims about wearing a wire and being a “witness in a government case.”

‘Real Housewives of Beverly Hills’ Season 11 Reunion: Everything We Know

“She’s no longer working with the government on this case as a witness,” Richards, a court-appointed trustee investigating Erika, said during an appearance on the Up and Adam Live! YouTube channel on Thursday, September 30, noting that the case was not related to Erika’s estranged husband, Tom Girardi. “In this case, basically there were some [credit card] charges that were disputed and Erika somehow became a victim and someone else got charged as a result of her statements and she was going to be a witness in the case. She wore a wire. She cooperated in the case to basically, where she contended that she was a victim of some sort of credit card offense but now that case has been dismissed.”

Erika, 50, mentioned her past experience as a witness during a May episode of The Real Housewives of Beverly Hills, causing speculation that she may have been referring to something related to Tom, 82.

“The admissions made on the reality show drew our attention to looking into [what she was referring to]. She said she wore a wire so that implied to me that she was working on a case and then we discovered there was a case,” Richards continued, noting that the government “would’ve been in an odd situation” if the case continued amid the Girardis’ legal woes. “The credit card company returned the money years ago to Erika, so it just made no sense, and then she brought it up out of the blue on May 26, 2021, and it just was a disturbing series of events that now it seems justice was rectified.”

The Bravo star filed for divorce in November 2020, one month before she and Tom were named in a class action lawsuit. In addition to being accused of embezzling settlement funds intended for Tom’s clients, the trustee in his bankruptcy case is suing Erika for $25 million.

The Pretty Mess author, for her part, has denied knowing about Tom’s alleged wrongdoings prior to filing to end their 20-year marriage. She has also slammed Richards via social media, calling him a “clown ass” lawyer in July.

He responded in a statement at the time, telling Us Weekly: “It is unfortunate that there is no client control, which has resulted in more profane and tone-deaf posts which now are apparently directed at myself and my hardworking team. We cannot help but point out the irony that she previously complained about comments made about her. However, now in a transparent attempt to deflect scrutiny from the source of her mass amounts of capital she is spending, she has now resorted to weaponizing her vast platform to hurl low-brow insults and mean tweets.”

More recently, Richards told Us that Erika is “liable for the money that was advanced by the firm on her behalf” whether she knew about Tom’s actions or not.