Fidelio maintains its reputation as a difficult opera to stage 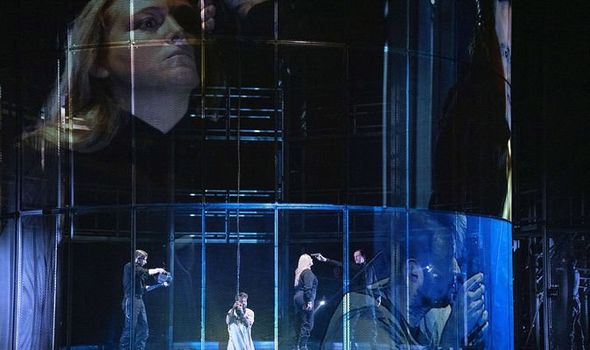 As the director, Frederic Wake-Walker, has pointed out, the opera’s themes of incarceration, loneliness, love, totalitarianism and escape are particularly appropriate in today’s post-Covid world, but there is no need to reinforce that all-too-obvious relevance. Replacing the spoken dialogue by introducing another character coming from a different era from the rest of the cast and speaking in English when they are speaking German, is a recipe for confusion.

I do not think I have ever seen an audience look so bemused at the interval, wondering what a modern English primary school teacher uttering a political tract based on letters from jail of Nelson Mandela had to do with the rest of what we were watching, which is set during the French Revolution.

Wake-Waller has shown in the past that he is one of our most imaginative and brilliant directors, notably in a glorious production at Glyndebourne some years ago of the teenage Mozart’s La Finta Giardiniera, but the only message one can draw this time is that one should not fiddle with Fidelio.

What saves this production is consistently magnificent singing and acting from the young cast.

The plot concerns Leonora’s plan to disguise herself as a man named Fidelio to infiltrate a brutal jail where her husband, Florestan is incarcerated by the vicious Don Pizarro.

Leonora herself is gloriously played by the German soprano Dorothea Herbert whose performance shines strongly through the oddities of the production.

She is excellently supported by a superb trio of young British singers: bass-baritone Dingle Yandell as Don Pizarro, bass Callum Thorpe as the noble head jailer, Rocco, and Adam Smith as Florestan.

This production was originally intended for the 2020 Glyndebourne Festival, which was cancelled owing to Covid.

It was rescheduled as part of this year’s winter tour but has been dropped from touring – mercifully perhaps – because of the cumbersome nature of the imaginative panopticon set, which features images of the cast projected onto a transparent screen surrounding the singers.

This design emphasizes the oppressive surveillance inherent in Florestan’s incarceration, but again seems an elaborate way to emphasise the obvious.

In summary, I would judge this to be a five-star performance of a misguided, over-ambitious one-star production.