Prince Harry and Meghan Markle have finally shared the first photo of their daughter Lilibet Diana, six months after she was born.

The cute family image shows Meghan holding up their giggling daughter, while smiling Harry looks on with his arm around their two-year-old son.

Archie, who has inherited his dad’s red hair, is casually dressed in jeans like the rest of the family, and his face is on show unlike other images shared by Harry and Meghan, where they have only shown the youngster from behind.

The Sussexes, who are currently residing in a $14.7million mansion in Montecito, released the card to announce they’ve made a donation to several charities, including an organisation that supports displaced Afghan families.

‘This year we welcomed out daughter, Lilibet, to the world. Archie made us a ‘Mama and Papa’ and Lili made us a family,’ their message read. As we look forward to 2022 we have made donations on your behalf to several organizations that honor and protect families – from those being relocated from Afhghanistan to American famiilies in need of paid parental leave

It comes as the couple prepare to spend their third Christmas outside of the UK, and away from Prince Harry’s family. 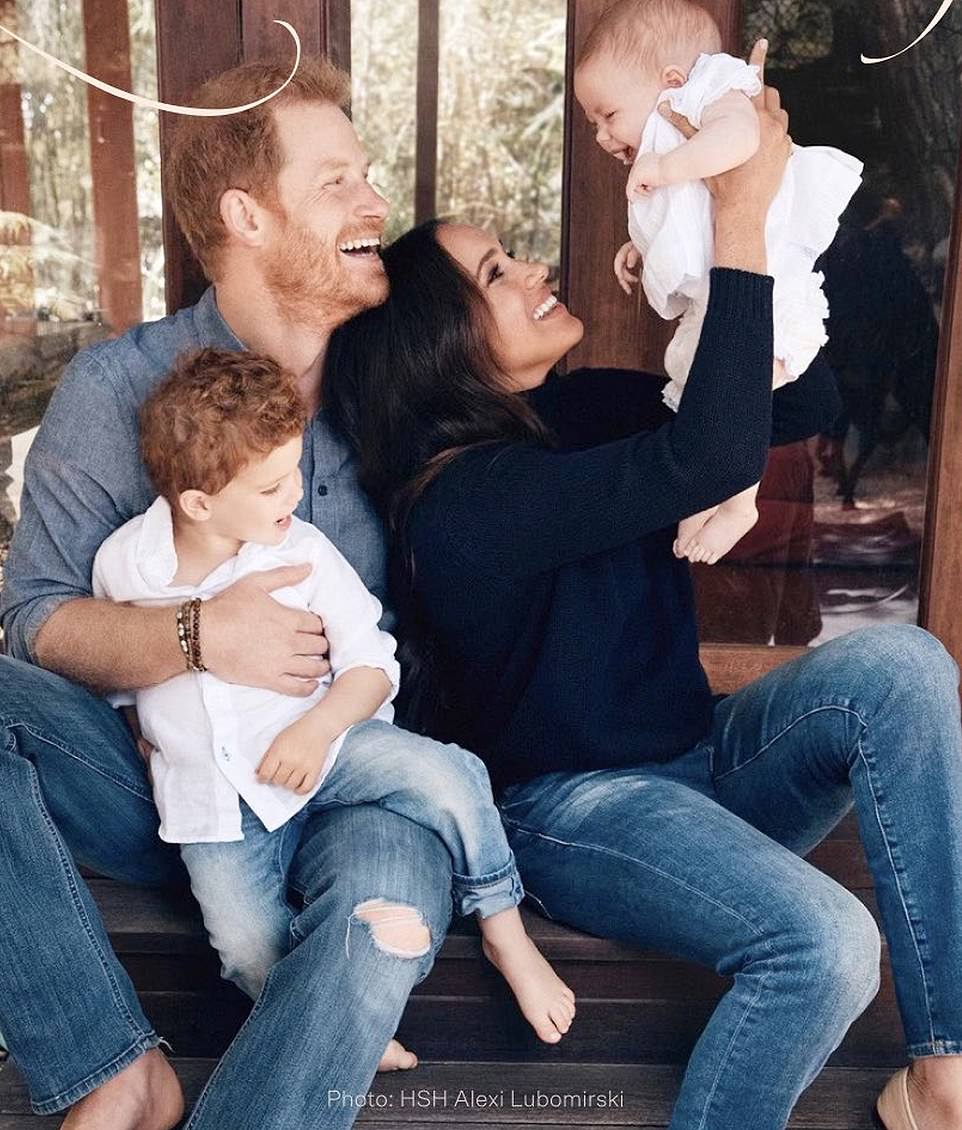 Prince Harry and Meghan Markle have finally shown the first photo of their daughter Lilibet Diana, six months after she was born 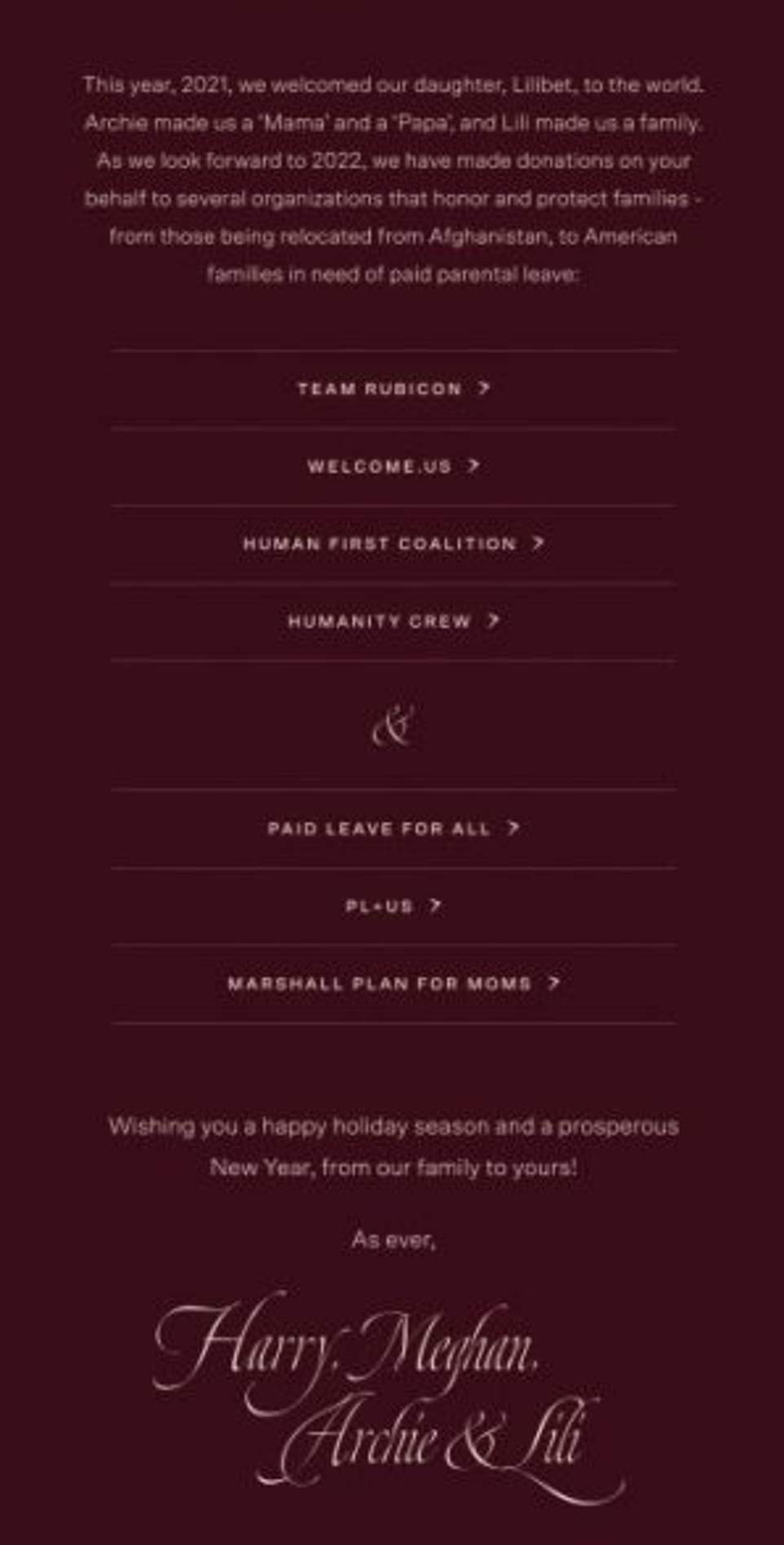 The couple used their holiday greeting card to announce that they’ve made  donations to various charities supporting families, both in the US and Afghanistan

Lilibet Diana Mountbatten-Windsor, the Duke and Duchess of Sussex’s second child, was born on June 4 in Santa Barbara, California, and is eighth in line to the throne.

Lilibet was born at Santa Barbara Cottage Hospital and named after the Queen’s childhood nickname, while her middle name Diana was in tribute to Harry’s late mother.

A statement from the couple’s press secretary said: ‘It is with great joy that Prince Harry and Meghan, The Duke and Duchess of Sussex, welcome their daughter, Lilibet ‘Lili’ Diana Mountbatten-Windsor, to the world.

‘Lili was born on Friday, June 4 at 11.40am in the trusted care of the doctors and staff at Santa Barbara Cottage Hospital in Santa Barbara, California. 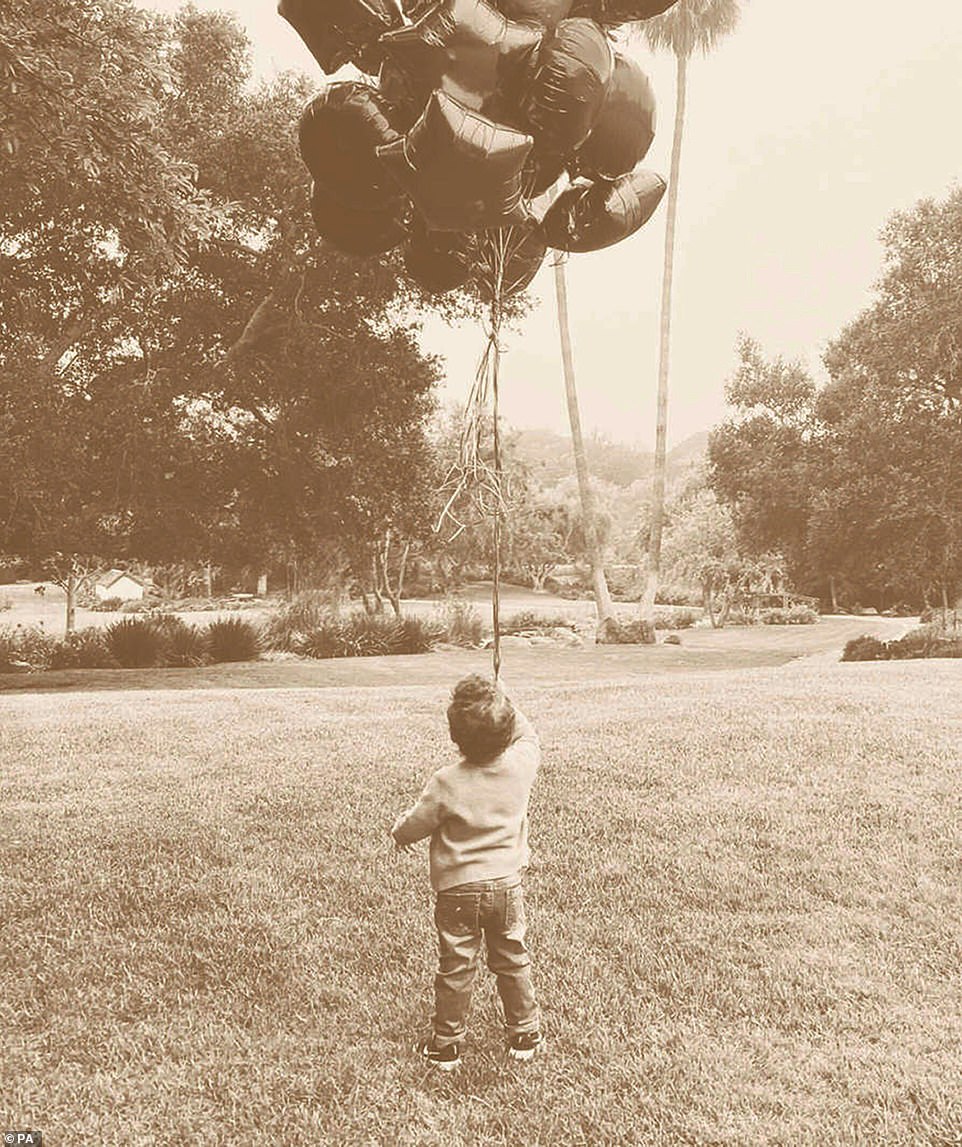 ‘She weighed 7lbs 11oz. Both mother and child are healthy and well, and settling in at home.

‘Lili is named after her great-grandmother, Her Majesty The Queen, whose family nickname is Lilibet.

‘Her middle name, Diana, was chosen to honour her beloved late grandmother, The Princess of Wales.

‘This is the second child for the couple, who also have a two-year-old son named Archie Harrison Mountbatten-Windsor.

‘The Duke and Duchess thank you for your warm wishes and prayers as they enjoy this special time as a family.’

No photographs of Lilibet were released following her birth, unlike her brother Archie, who had a photocall at Windsor Castle.

Last year, the Duke and Duchess of Sussex opted to share an illustrated Christmas card – leading to some disappointed fans calling for the couple to show Archie’s face.

In the 2020 festive greeting, the couple were seen playing with Archie in the garden of their £11million ($15million) home in Montecito, along with dogs Pula and Guy. The card was a drawing of a photograph taken by Meghan’s mother Doria.

It was released via Mayhew, the London-based animal charity for which Meghan is a patron and read: ‘Wishing you a very Merry Christmas and a Happy New Year.’

A tiny Christmas tree in the picture was decorated with ornaments selected by Archie. The Mayhew tweeted the image along with a thank you for an undisclosed personal donation from the royals.

Meghan wrote in the card: ‘This year we, as a family, have made donations to several charities with you in mind. From a local California organisation that helps families transition out of homelessness, to two of our UK patronages: one that supports animal and community welfare, and the other, a memorial fund for a cherished friend that helps to educate children and fight poverty in Uganda, we have honoured their work on behalf of all of us.’

The card offered a sneak peek into the family’s home and Archie’s playhouse. A spokesman for the couple at the time said: ‘The original photo of the family was taken at their home earlier this month by the Duchess’s mother.

‘The small Christmas tree, including the homemade ornaments and other decorations, were selected by Archie, and the tree will be replanted after the holidays.’

Mayhew, which is based in Kensal Green, West London, said on its website that the money would help it ‘weather the ongoing impact of the Covid-19 pandemic and enable us to reach the animals and people who are struggling’.

Caroline Yates, Mayhew’s chief executive, said: ‘We are delighted to have the Duchess of Sussex as our patron, and she has shone a huge light on our community-based animal welfare work over the last two years.

‘We were especially honoured to recently receive a personal donation from the Duke and Duchess, which will enable us to help even more cats, dogs and pet owners in need over this tough winter period.’