Five questions we have about Kanye and his new ‘wife’

In further proof that the more things change, the more they stay the same, Kanye West has started the new year by diving head first into another definitely-real-can’t-possibly-be-fake relationship.

Kanye’s latest love interest is 27-year-old Melbourne woman Bianca Censori, whose LinkedIn profile lists her as the head of architecture at the world-famous architecture firm Yeezy. When news of this relationship broke, the global media lost their minds because, rightly or wrongly, Kanye still dominates the news cycle and also because the pair have allegedly married. 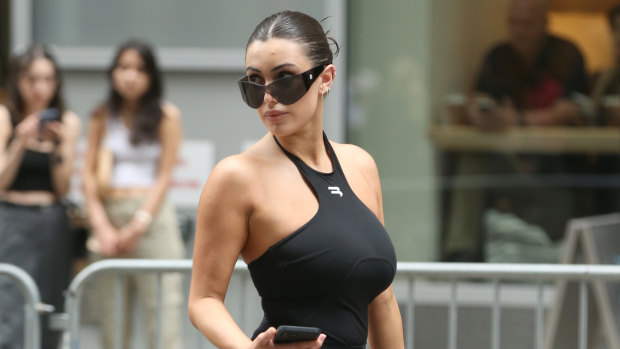 Bianca Censori at a Balenciaga fashion show at the New York Stock Exchange in 2022.Credit:Christopher Peterson/SplashNews

The fact that Kanye has married an employee nearly twenty years his junior raises some serious questions, but it also presents a few non-serious questions, which is where we will focus this investigation. Let’s begin.

Does Bianca know that Kanye is a sucker for a New Year, New Me relationship?

While many of us start the New Year with well-intentioned resolutions – learn a new language, exercise more – Kanye is more of a New Year, New Girlfriend kind of guy. 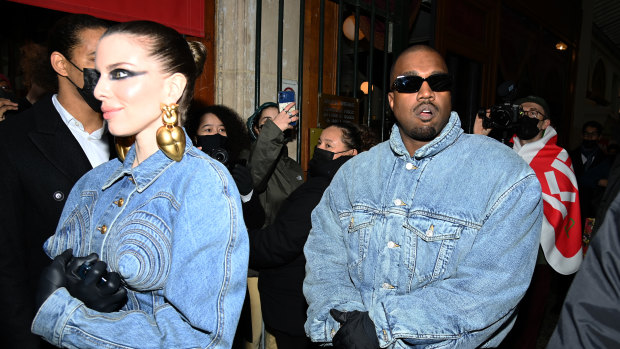 For those adept at Keeping Up With Kanye, you’ll recall this time last year he was very publicly dating actress Julia Fox, and they even did that weird photo shoot for Interview magazine dressed like extras from The Matrix.

The pair met on New Year’s Eve but were finished by Valentine’s Day, which doesn’t bode well for Censori.

Could Bianca be pulling a Julia Fox and dating Kanye as a favour to Kim?

Following her split from Kanye, Fox posted a TikTok declaring she only dated the rapper to get him off Kim Kardashian’s back.

“Maybe I can get him off of Kim’s case,” she said. “Maybe I can distract him, like, just get him to like me.”

As well as being a good deed, dating Kanye helped Fox’s profile skyrocket. According to Google Trends, she was searched on Google more than seven times as much during the first week of her relationship with West than she was at any point in her career over the last three years.

Perhaps Bianca has taken a page out of Fox’s feminism playbook and is doing Kim Kardashian another solid by taking Kanye off her hands for a bit.

How good of an architect is Censori?

This one has less to do with their relationship and is more of an individual query: how good of an architect is Censori?

Since the pair were first spotted together lunching at the Waldorf Astoria in New York, Censori has been described as an architect who currently works as Head of Architecture for Yeezy, the brand owned by Kanye.

According to her LinkedIn profile, Censori completed a Bachelor of Architecture at the University of Melbourne, as well as a Masters degree from the same institution, before taking a job as a student architect at Melbourne’s DP Toscano Architects.

However, she is not registered with the Architects Registration Board of Victoria, a requirement for Victorian residents who refer to themselves as architects.

Joe Toscano, Censori’s former boss in Australia, has described her as very talented.

“I was impressed by her – not just her work, but also with her confidence in what she wanted to do as a designer, and she had a very engaging personality as well,” Toscano said.

She left DP Toscano in 2020 to take a job with Yeezy Architecture, but as far as we can tell, the only project Yeezy Architecture has been involved with is a series of low-cost housing prototypes designed by Kanye and built on his property in Calabasas, California.

The houses were later demolished following reports that the musician failed to secure a building permit.

Did they get “married” to have sex?

According to gossip site TMZ, Kanye and Censori allegedly tied the knot, and Kanye was spotted wearing a ring on his wedding finger in Beverly Hills this week. While no marriage certificate has been filed, it’s been reported the couple staged a wedding ‘ceremony.’

Late last year, Kanye released the song Censori Overload (get it?) in which he rapped about his abstinence: And the Bible said, ‘I can’t have any more sex ’til marriage.

Maybe hosting a wedding “ceremony” is Kanye’s way of finding a loophole in the Bible’s strict no-sex policy.

Has anyone told E! that Bianca Censori has a glam fam ripe for reality TV?

Much has been made of the similarities between Bianca Censori and Kim Kardashian, but it’s worth noting the extended Censori clan has reality TV energy. 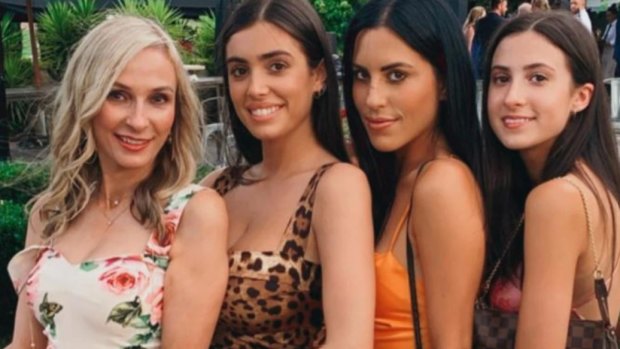 In a photo circulating online, Bianca poses alongside her glamorous mother, Alexandra, sister Angelina and cousin, Alyssia, the family looking every inch like the Melbourne version of The Kardashians.

Kim and Ko. may have relocated to Hulu but should this romance stick, E! could invest resources into Catching Up With The Censoris.