Rental affordability is crashing across the country and is now at record lows in several capital cities and many regional centres, as stagnant wages combine with low vacancy rates and climbing interest rates to price people out of places to live.

The rental affordability index, released on Tuesday by SGS Economics and peak body National Shelter, shows affordability dropped by up to 14 per cent in some parts of the country over the past 12 months. 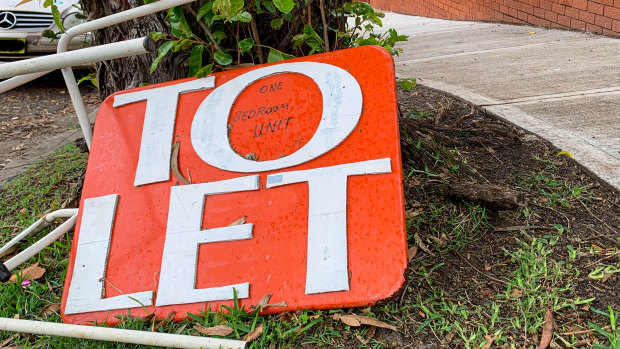 On Monday, Reserve Bank governor Philip Lowe said rents were likely to increase through next year due to the nation’s tight rental market.Credit:Peter Rae

The annual index, which compares rents to household incomes, shows Hobart is the nation’s least affordable capital. Affordability is at a record low in Brisbane after an 11 per cent drop over the past year, and at its lowest point in Perth since 2016. In both Melbourne and Sydney, National Shelter expects affordability to tumble after briefly improving during the COVID-19 pandemic.

National Shelter chief executive Emma Greenhalgh said the federal government had to consider reforms such as limits on rent increases and increases to Commonwealth Rent Assistance given the social damage being caused by falling affordability.

“Rental increases mean individuals and families are forced to move away from family and friends, driving disconnection at the same time they are struggling to find money to pay for essentials like food, utilities and healthcare,” she said.

“Key workers, including nurses and teachers, often can’t afford to live in the communities they serve.”

The most affordable areas are in Melbourne’s outer suburbs including Melton, Werribee, Reservoir, Glenroy and Fawkner.

In Sydney, the least affordable areas are around the north shore suburbs of Balgowlah, Seaforth, and Manly. The eastern suburbs and an area around Mascot and Sydenham are also tough for renters to afford.

The most affordable places in Sydney are across the western and south-western suburbs including Whalan, Blacktown, Cabramatta and Bankstown.

Newcastle, the Southern Highlands, Tweed Heads, Byron Bay, Coffs Harbour and Bungendore near the ACT are also unaffordable for those looking to rent.

The federal government last week held a meeting with bank and superannuation fund chief executives to discuss its Housing Accord, which aims to boost the level of affordable housing across the country. The Greens have called for a nationwide, two-year freeze on rents and ongoing rent caps beyond that.

On Monday, Reserve Bank governor Philip Lowe said rents were likely to increase through next year due to the nation’s tight rental market.

SGS Economics partner and lead author of the rental index, Ellen Witte, said the floods across northern NSW had a major impact on affordability in that region.

Rental affordability in Lismore has fallen by 10 per cent in the past year while in nearby Bellingen it dropped by 14 per cent.

Witte said regional areas in Queensland, Tasmania, NSW and Western Australia had all experienced large falls in affordability in part due to the movement of people out of capital cities during the pandemic.

“The pandemic also saw the existing rental crisis spread to the regions, when many households left capital cities,” she said.