Making the cut? Britney Spears is already making decisions about her upcoming wedding — and her family members aren’t in the mix, a source exclusively reveals in the new issue of Us Weekly.

“Britney can’t wait to get married and truly start her life,” the insider says of the 40-year-old singer and fiancé Sam Asghari’s nuptials. “They’ve already begun planning, and she is so happy she gets to finally make these decisions.”

The insider added, “As of now, there will be none of her family who is invited to wedding” following Spears’ conservatorship battle. (Spears’ 13-year conservatorship came to an end in November following her father, Jamie Spears, stepping back from his role earlier in the year.) 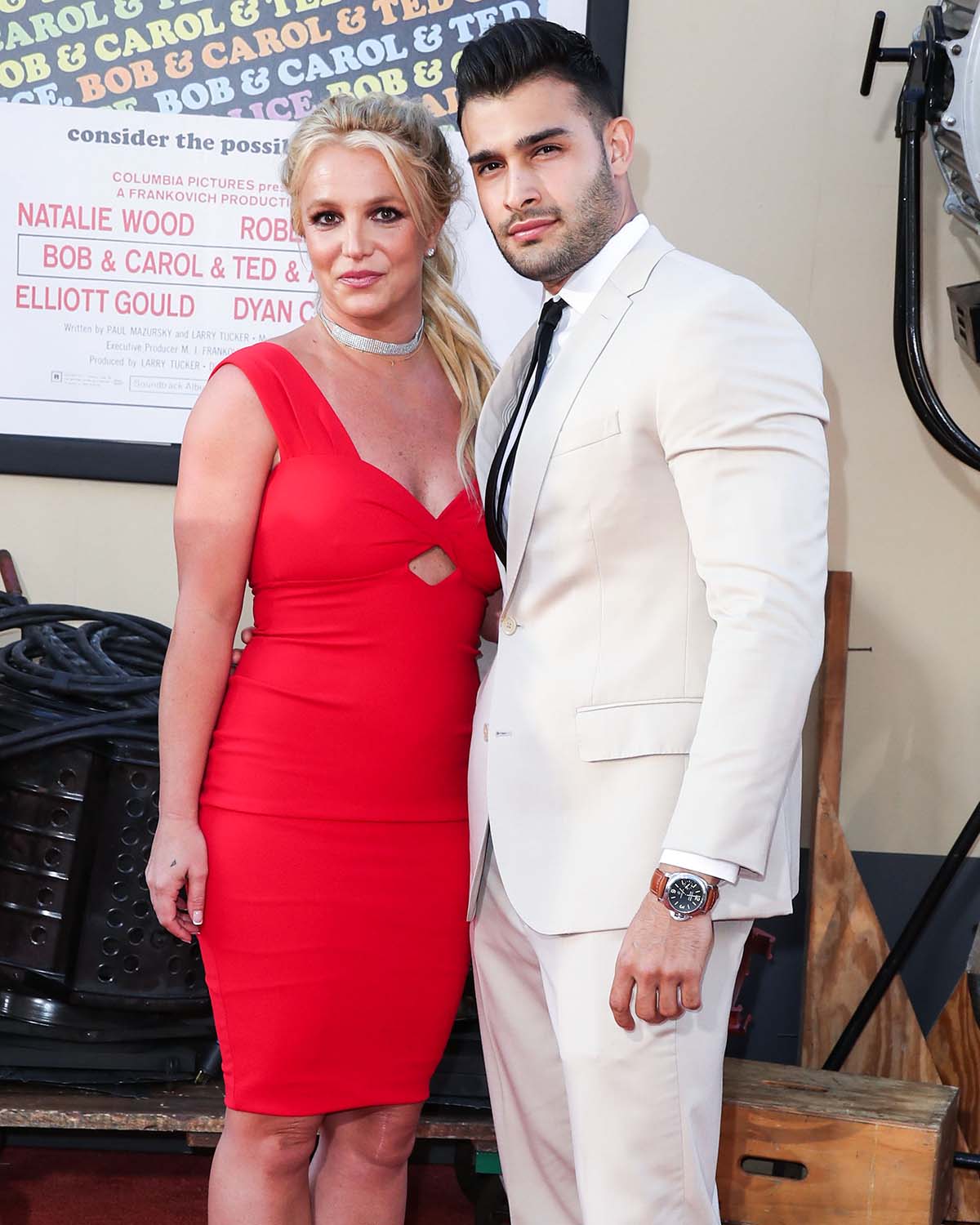 The Grammy winner and the 27-year-old personal trainer, who met in 2016 on the set of Britney’s “Slumber Party” music video, got engaged in September.

“The couple made their long-standing relationship official today and are deeply touched by the support, dedication and love expressed to them,” Asghari’s manager, Brandon Cohen, confirmed to Us at the time.

The “Toxic” singer shared the exciting news via Instagram, showing off her ring in a video. “I can’t f–king believe it,” she captioned the clip.

Britney Spears’ Ups and Downs With Dad Jamie Over the Years

Ahead of her conservatorship hearing in November, a source told Us that Asghari is “the person in life she trusts 100 percent.”

The newly engaged couple were using wedding planning as “a fun escape from the court drama,” the insider said in September, noting that Asghari is Britney’s “rock” and “soulmate.”

In November, Asghari was one of the first people to congratulate Britney on her freedom following the end of her conservatorship. The Crossroads actress had been unable to manage or make any of her own decisions beginning in 2008 when the conservatorship first went into place.

Britney broke her silence for the first time publicly regarding the legal restrictions on her life during a June court hearing. At the time, she revealed she wanted her “life back” and called for the termination of her conservatorship.

“The record is clear, the time is clear,” Britney’s attorney, Mathew Rosengart, said during the November 12 hearing, where Judge Brenda Penny announced that “the conservatorship of the person and estate” has been terminated.

Asghari reacted to the news via Instagram, writing, “History was made today. Britney is Free! ❤️.”

Days later, Britney told her fans that she was “thinking about having another baby” with the Iran native now that she’s free.

Watch the exclusive video above for more on Britney and Asghari’s relationship and pick up the new issue of Us Weekly on newsstands now.