Follow
Home » Lifestyle » From sorrow to bliss: Meg Mason’s novel snapped up by US production company

From sorrow to bliss: Meg Mason’s novel snapped up by US production company

The production company behind movies such as 12 Years a Slave, Gone Girl and Bohemian Rhapsody has snapped up the film and TV rights for Australian writer Meg Mason’s latest novel – a book she says was never meant to exist.

Mason, who was born in New Zealand and now lives in Sydney, is the author of two previous works, the memoir Say It Again in a Nice Voice and the novel You Be Mother. She started writing her latest offering, Sorrow and Bliss, in 2019 after grappling for months with a manuscript that was “absolutely rotten to the core”. 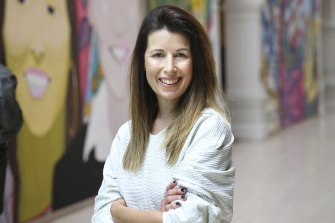 “I felt like I reached the end of my abilities,” Mason says. “I resigned to my publisher and told her I wasn’t going to publish again. She stunningly said it’s fine, just have a little rest. But in my mind it wasn’t a rest. I was at a loss as to what to do next.”

Sorrow and Bliss was released in September last year. It is written in short, striking vignettes from the perspective of a 40-year-old woman whose life is starting to unravel. Reviewers have described it as hilarious but brutal; poignant but dark.

“I was writing in this sort of ecstatic, furious way,” Mason says. “It was all over as far as I was concerned. I could put in anything that I wanted. The language is really straight and economical. One bookseller told me they were crying so hard in the bath by the end that they pulled a muscle and couldn’t get out of the bath. So I hope it’s surprising in that way.”

Bookstores have sold almost 10,000 copies of Sorrow and Bliss since September, according to Nielsen Bookscan. Piblisher HarperCollins says sales figures jump to just over 15,000 when ebooks and audiobooks are taken into account.

“I didn’t even write it thinking it would be a book,” Mason says. “So when I see it in a bookstore window or someone reading it, I can’t help but go, how did you get that?”

It was only once Mason had a 40,000 word draft that she had the courage to show her publisher.

“I remember describing it to my editor at one point – because it was so different – as the funniest career suicide note I’d ever written,” she says. “I was really surprised when she said no, let’s do it.”

Some have likened Martha, the protagonist in Sorrow and Bliss, to Phoebe Waller-Bridge’s character in the comedy series Fleabag – both are considered somewhat ‘unlikeable’. But Mason questions the usefulness of that term – arguing both are fully-rounded characters who just happen to be women.

“I didn’t realise Martha wasn’t likeable until after the book was in the very final draft and the editor in the US described her as casually cruel,” she says. “But to me she’s not unlikeable. She’s not happy. Her marriage is two days away from ending. That would make anyone mean. I just find her a charming nightmare.

“Martha will tell you the worst about herself. So I hope readers infer that there’s more to her than what’s she’s confessing.”

New Regency acquired the film and television rights to Sorrow and Bliss after a competitive auction, brokered by Casarotto Ramsay and HarperCollins Australia. 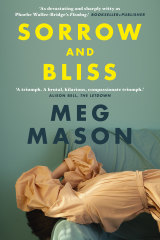 Sorrow and Bliss, by Meg Mason, is a bout a 40-year-old woman grappling with mental illness and a marriage breakdown.Credit:

“Meg is a tremendously talented writer and we are excited to bring Sorrow and Bliss to screen,” said says New Regency’s chief executive Yariv Milchan.

Mason says it’s been difficult to process what’s happened over the past few months.

“I’m sure in normal times this would have happened with trips to the US and meetings with studio heads,” she says. “But this was all done with phone calls. So I haven’t really been able to incorporate this knowledge into my everyday life. Maybe I won’t believe it until I see it in the cinema [or on TV]. But I’m so incredibly grateful. It’s amazing and the kind of thing you don’t even dare dream about.”

So will Mason write another book, now that she doesn’t feel as creatively blocked?

“I know I will,” she says. “I’m obligated – in a happy way – to write another book for HarperCollins. What I learned from Sorrow and Bliss was that it should be hard, but it shouldn’t be as hard as it was in 2018. There has to be something about it that feels really compelling. So hopefully I’ll know much earlier when to bail out.”

Sorrow and Bliss is available in all good bookstores.

bliss, from, Maso, Meg, sorrow, to
You may also like:

Christmas ideas for her: Gifts she’ll actually want this year

Sister Wives Recap: Christine Admits Things Are Stiff In Her Marriage To Kody

Life upended, again, for readers on the brink of reuniting with loved ones

Gift-giving season doesn’t have to wreck your finances

The best books on: Artificial intelligence

Act Fast — Amazon’s No. 1 Bestselling Tummy Control Leggings Are Up to 49% Off