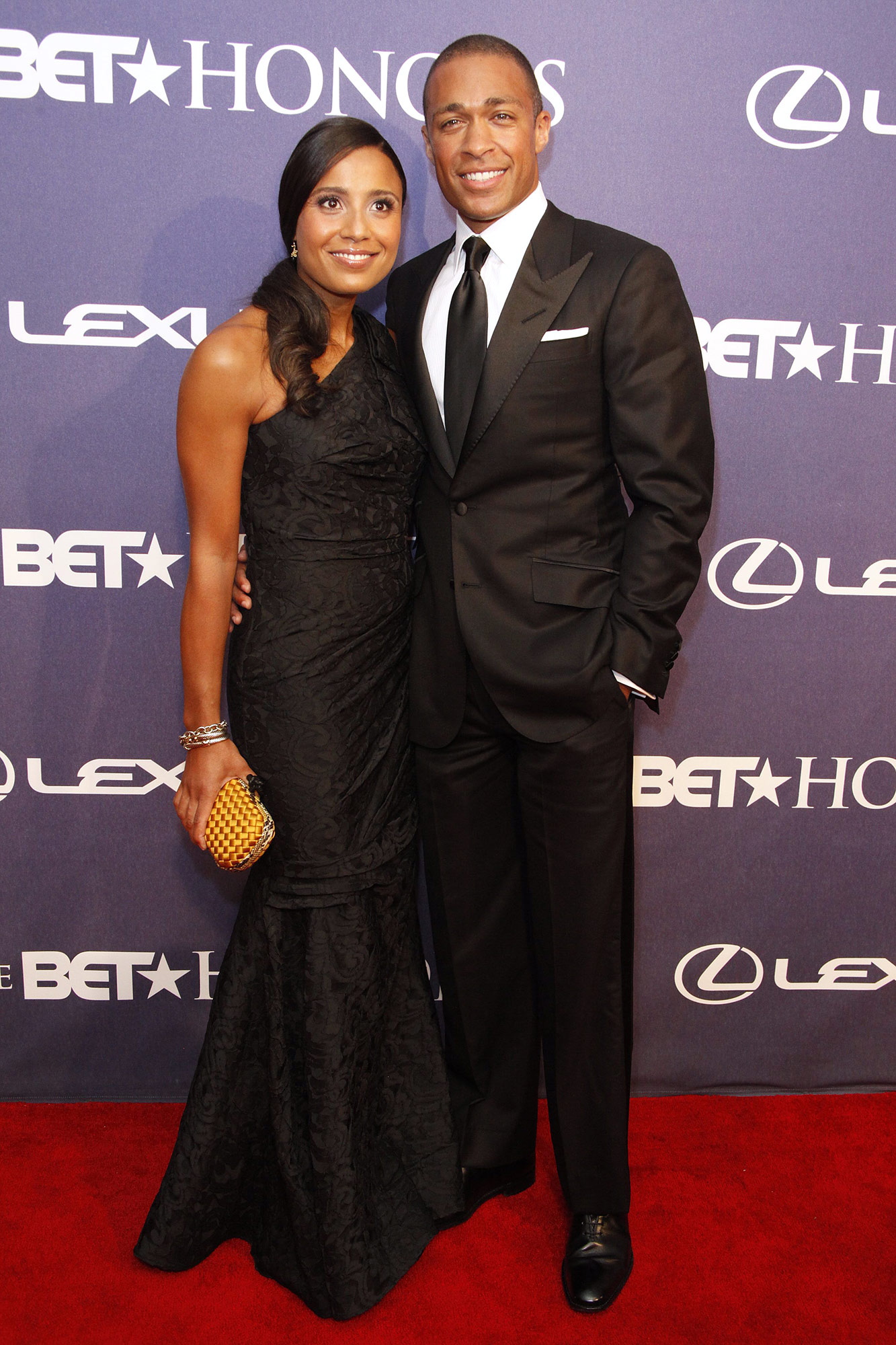 Didn’t age well? T.J. Holmes‘ past comments about his marriage to Marilee Fiebig have resurfaced amid his scandal with his Good Morning America co-anchor Amy Robach.

Holmes, 45, previously offered a glimpse at his relationship with Fiebig in honor of their 10-year anniversary. In the March 2020 post, the TV reporter reflected on how despite his “best efforts” his wife “remained married” to him.

“That’s not hyperbole. I’m not being dramatic. I gave her plenty of reasons, excuses, and opportunities to walk her fine ass out the doooooooor,” he wrote in the now-viral Facebook upload. “But instead, with her built-in black woman superpower, she showed a grace and patience that’s incomprehensible.”

The Arkansas native continued: “Asking her for another 10 years would be asking too much. Another 10 months? That may even be a stretch. If she gave me another 10 weeks, I should consider myself lucky. If she puts up with me another 10 days, I’d be grateful.”

At the time, Holmes gushed about his connection with Fiebig, adding, “But if she would even spare another 10 minutes of her time for me today, I should consider myself blessed. This is MARILEE FIEBIG HOLMES, y’all. And I, T. J. Holmes, do solemnly swear … that I …. was HER #decadechallenge.”

The couple tied the knot in 2010 following Holmes’ divorce from first wife Amy Ferson. The ABC anchor, who shares daughter Brianna and son Jaiden with Ferson, expanded his family with Fiebig. The pair welcomed daughter Sadine in 2013. 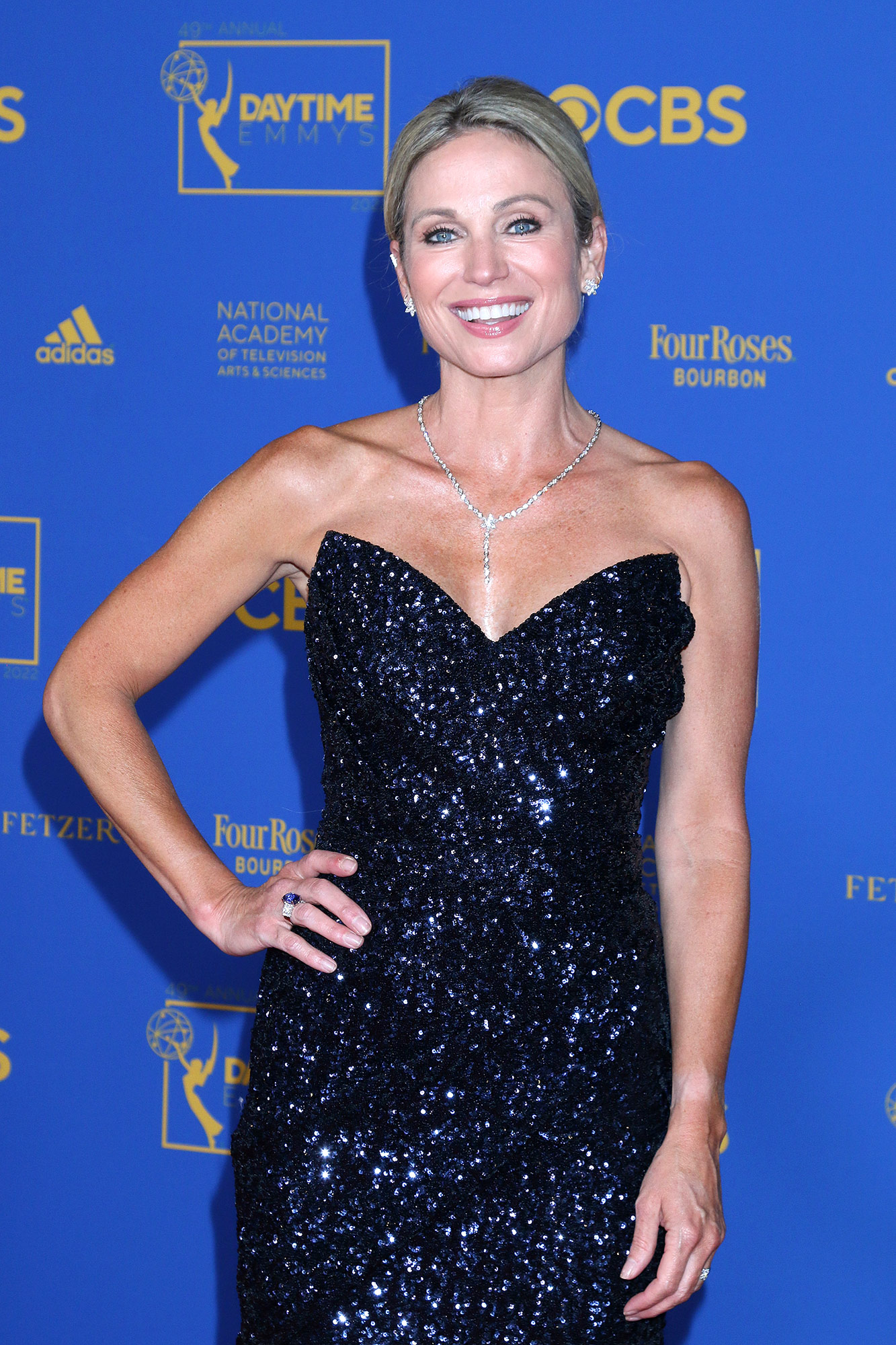 Over the years, the former MSNBC correspondent opened up about his love for the attorney. “Not only is my marriage still intact, it’s, actually, working pretty well, and that made me uncomfortable,” he recalled in a letter feature in 2014. “You see, I didn’t fully understand why my marriage was flourishing, and I feared that if I didn’t understand what we were doing right, how would we know what to keep doing?”

‘GMA’s Anchors Amy Robach and T.J. Holmes’ Candid Quotes About Each Other

Holmes pointed out the positive changes that he went through since meeting Fiebig. “My family and I are closer, my individual net worth has gone up every year since we met, I’ve learned a second language, I’m healthier, I use the N-word less, I listen to Sunday church service more, I’m a better friend, I’m more forgiving than I used to be, I’m more involved in charitable work,” he concluded. “In every way, I’m better off because I’m married. So, for me, a successful marriage has revolved around this principle: I like who I am with her.”

The journalist’s personal life made headlines after photos of him getting cozy with Robach, 49, surfaced on Wednesday, November 30. (His co-anchor, for her part, has been married to actor Andrew Shue since 2010.)

Amid the drama, a source exclusively told Us Weekly that Robach and Holmes “have been trying to keep their relationship a secret” until they were ready to go public. “They always had a spark and their work trips away together brought them even closer,” the insider explained, noting that their relationship “blossomed from a close friendship.”

Robach and Holmes, who have both deleted their social media accounts, have yet to address the scandal. Meanwhile, Shue, 55, has removed all traces of his wife from his Instagram.