Good leaders know when to lead and when to follow: ABC’s Laura Tingle

The ABC’s 7.30 political correspondent Laura Tingle says our expectations of leaders in Australia have shrunk a lot in the past few decades. Having covered politics for 35 years, she says we tend to be nostalgic about the way things were.

“I’m always a little bit obsessed by half-life memories. People get hazy about exact details, and say, ‘Oh it was much better back in the day’, but it becomes a cartoon caricature of what was good,” she says. “We’ve come to have this view that leadership is coming out and ‘crash or crash through’, that term that was used about [Whitlam]. People felt that Hawke and Keating were great leaders – and Howard – because they tore up the old rule book.” 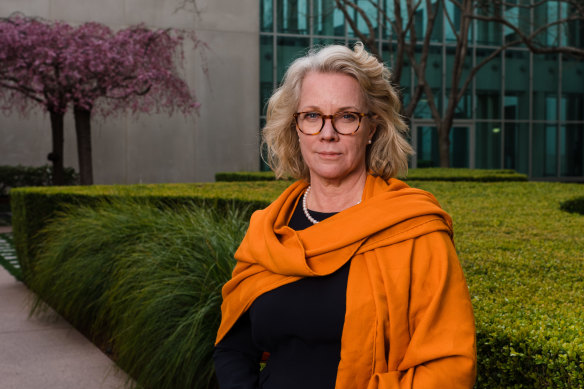 To her mind, that is not true: good leaders know when to lead and when to follow. “It hasn’t been a question of leaders leading, I don’t think, in the last 10 years – it’s been more of them following,” she says. “Certainly, the Coalition became so enamoured of opinion polls and the quick hit of popularity measures that they mistook that for leadership, but in fact it was followship.”

Tingle is focused on this idea as the Albanese government clocks up three months in office; she’s as interested in the way they do things as what they actually do.

We are speaking ahead of Tingle appearing on a panel at the Melbourne Writers Festival event on Saturday called Political Ambitions: The Year That Was. It will be hosted by ABC broadcaster Fran Kelly and also features journalist and biographer David Marr and Cameron Stewart, associate editor at The Australian. They will discuss the past year in politics and assess our newly minted government’s first few months in power.

What Tingle has seen so far gives her hope. While Anthony Albanese has been clear about the government’s priorities, he does not pretend to have all the answers. “I find the interesting thing about what’s happening now is the new prime minister is prepared to throw out into the public domain the [Indigenous Voice to parliament], as a classic example, where he hasn’t said, ‘We are going to have a Voice and we’re going to have the referendum on this day, and the questions are going to be this, and this is how we think the whole thing is going to work’. This is unbelievably complex stuff,” she says, describing it and the anti-corruption issues as “monstrously large”. 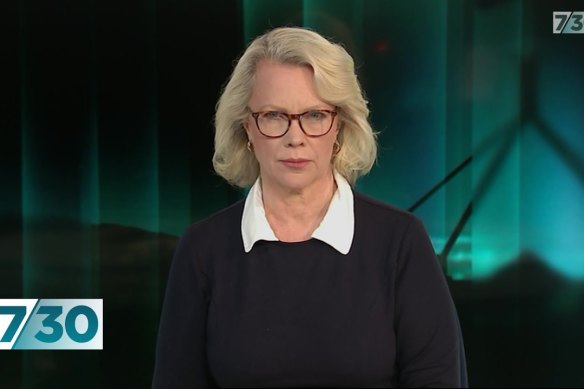 Laura Tingle is chief political correspondent for the ABC’s 7.30.Credit:ABC

“Albanese says the only way this is going to get through is if people feel they have had some sort of ownership of it and that there has been a really long and extensive discussion about it.”

The rise of social media and the pressure of the daily news cycle fed into that idea, with subsequent governments feeling they had to respond to the next immediate crisis rather than stepping back to analyse what should occupy their attention. “I think that is counter-productive not only for community discussion but for the politicians themselves because they get trapped in just chasing their own tails.”

The two-time Walkley Award winner is hopeful that the new, more diverse crossbench will encourage discussion and debate.

“I remember talking to dad about it in the ’70s, [the idea] parliament would be better if you had a lot more independents because it forces you to have more conversations,” she says. “Parliament is meant to be about talking about stuff and reaching compromise. I think the more voices, as long as they are intelligent and well-intentioned, [the better].”

Back when people were concerned about the power of the three independents during the Gillard government, she wondered what the issue was, saying this is what people voted for.

“It does help change the nature of politics. If you’ve got people like the independents out there, they can provide what you call political cover for the government, which sounds vaguely sinister or dodgy or something but in this era you don’t want ‘my way or the highway’ conversations,” she says, adding that sometimes it is invaluable if it can push forward the discussion.

Tingle uses the proposed stage three tax cuts as an example, arguing that sometimes governments lock themselves into policies, but if a range of people inside and outside the parliament say they are not a good idea, that can allow room to manoeuvre.

“I think that’s as important as anything else. If you’ve got all these voices out there who aren’t just saying, ‘give me what I want or I’ll hold you over a barrel’ about something, if it’s not just seen as horse-trading, you get moved back into a richer public policy debate. Where people go, there are subtleties here and we should think about them.”

Melbourne Writers Festival runs until September 11. The Age is a festival partner.