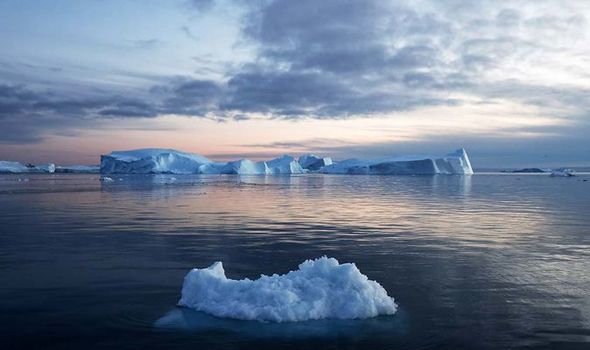 At least 3.5 trillion tons of ice has melted from the surface of the island in the past decade, scientists at the Centre for Polar Observation and Modelling at the University of Leeds said.

This is enough melted ice to cover the entire UK with around 49ft of meltwater. Lead author Dr Thomas Slater said: “As our climate warms, it’s reasonable to expect that the instances of extreme melting in Greenland will happen more often.”

Run-off from Greenland raised the global sea level by one centimetre between 2011 and 2020.

One-third of this total was produced in the summers of 2012 and 2019, when extreme weather led to record-breaking levels of ice melting.

Dr Slater said: “There are, however, reasons to be optimistic.

“We know that setting and meeting meaningful targets to cut emissions could reduce ice losses from Greenland by a factor of three, and there is still time to achieve this.”

A survey published in the journal Nature revealed that many authors of the latest IPCC climate-science report expect to see catastrophic changes in their lifetimes.

Six in 10 of the 92 respondents said that they expect the world to warm by at least 3C by the end of the century.