Follow
Home » Lifestyle » Heartbroken mother, 29, woke to find partner dead next to her in bed

Heartbroken mother, 29, woke to find partner dead next to her in bed

Heartbroken mother-of-two reveals how she awoke to find her partner, 30, dead next to her in bed in unexplained tragedy – and says his final words hours earlier were ‘I love you’

A heartbroken mother-of-two has revealed how she awoke to find her partner dead in bed by her side – and her two young children looked on as she desperately tried to revive him.

Damien Jones, 30, from Wrexham, North Wales, had uttered what became his final words – ‘I love you’ – to partner Amelia Louise Townson, 29, just hours earlier after going to bed around 1:30am last Wednesday.

Amelia has shared details of the tragic moment she woke up the next morning to find the father of her two children, David-Lloyd, five, and Esme-Rose, three, had tragically passed away in the night. 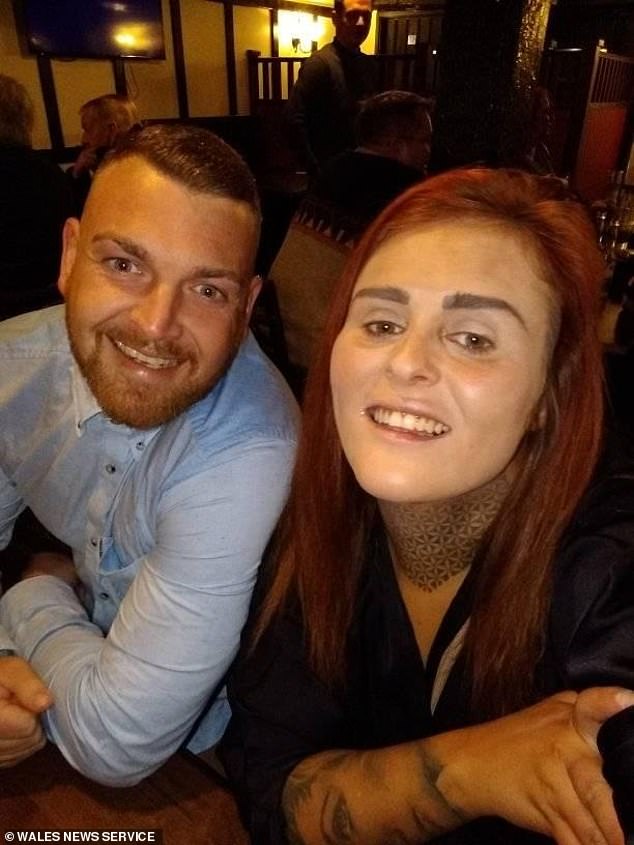 Heartbreak: Damien Jones, 30, from Wrexham, died suddenly after going to bed as normal with partner Amelia Louise Townson, 29, at around 1:30am last Wednesday 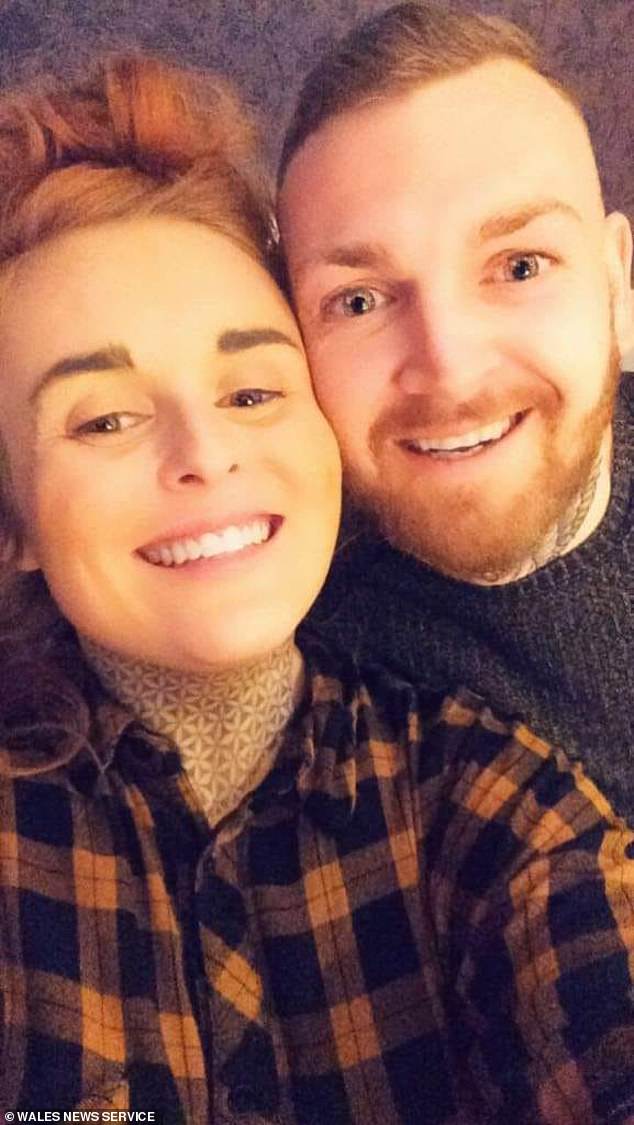 Amelia says she awoke to find Damien ‘blue in the face’; she tried to perform CPR with the couple’s children David-Lloyd, five, and Esme-Rose, three, looking on 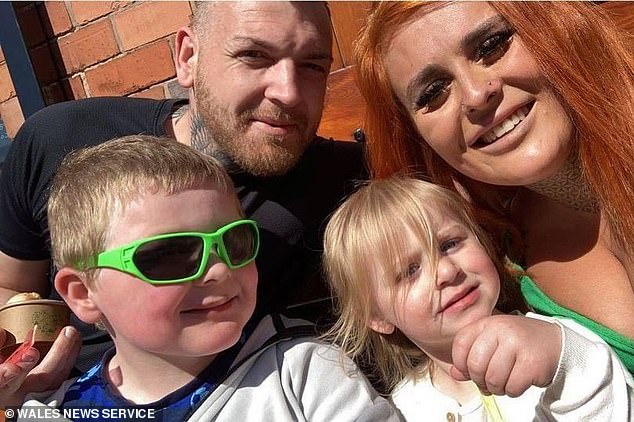 Amelia is now awaiting a post-mortem into the tragedy and says Damien, who was epileptic, had been to A&E days earlier with breathing problems but had been reassured he was suffering from ‘muscle problems’

After seeing that Damien was ‘blue in the face’, Amelia says she desperately tried to carry out CPR as the couple’s children watched on in horror.

Emergency services rushed to the scene but Damien was  pronounced dead.

However, he had a negative covid test and doctors put his breathing issues down to muscle soreness.

Amelia says she’ll never forget the couple’s last conversation, saying: ‘His last words to me were ‘I love you’ at 1.30am on Tuesday – they will stay with me forever.’ 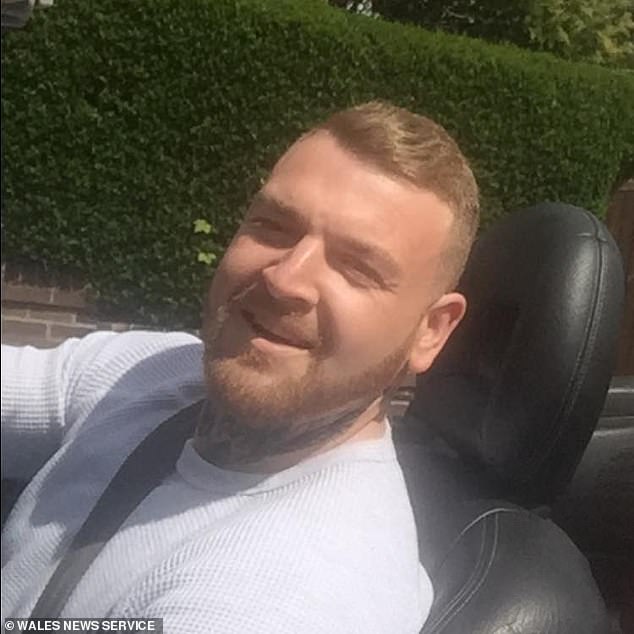 Last words: Damien told Amelia ‘I love you’ before going to bed around 1:30am on Tuesday night; they were his last words

Epilepsy is a condition that affects the brain and leaves patients at risk of seizures. Around one in 100 people in the UK have epilepsy, Epilepsy Action statistics reveal.

Epilepsy can be brought on at any age by a stroke, brain infection, head injury or problems at birth that lead to lack of oxygen. But in more than half of cases, a cause is never found.

Anti-epileptic drugs do not cure the condition but help to stop or reduce seizures. If these do not work, brain surgery can be effective.

She added that the grief had left her struggling to function, explaining: ‘I just feel numb at the moment, it doesn’t seem real.

‘I don’t want to get out of bed in the morning but I have our two children who depend on me. I need to stay strong for them.’

Amelia said the family is now waiting on the outcome of post-mortem examination to find the cause of Damien’s sudden death.

Amelia said: ‘He just had the biggest heart and was so bubbly and laid back.

‘He was an absolutely wonderful dad, especially to David-Lloyd who’s autistic – Damien was his hero, their bond was so special.’

A GoFundMe page has been set up by family friend Samantha Davies to support the family to help with the funeral costs.

Amelia added: ‘Damien was loved by so many people, and his heart had room for everyone.

‘My friend Samantha started the fundraiser and I can’t thank everyone enough for their donations and messages they’ve sent me over the past few days. 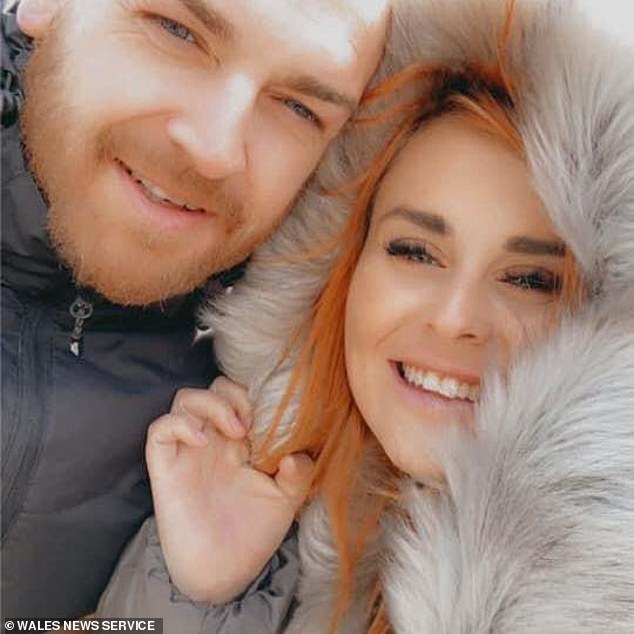 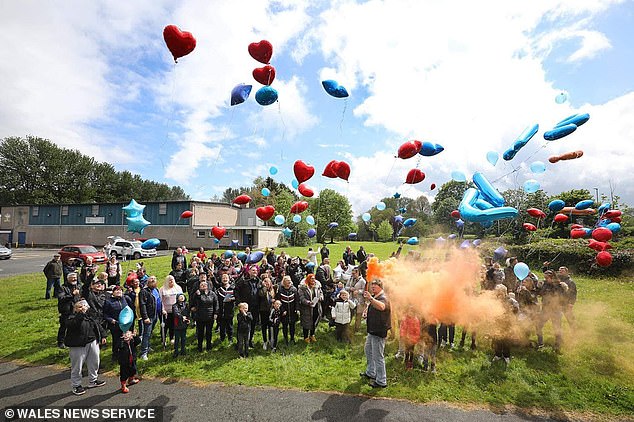 ‘David-Lloyd and Esme-Rose are all I have left of him and the fundraiser will ensure Damien gets the send-off that he fully deserves.’

The crowd-funding campaign has so far raised over £1,600 and will go towards paying for his funeral with a white horse and carriage.

Damien’s family, friends and workmates have already gathered for a balloon release in his memory.

Amelia added: ‘Me and the kids said, ‘Rest in peace. We love you Daddy’, then my little boy let the balloons off.’

Best crypto wallets to use for Bitcoin: From Coinbase to Exodus