The 48-year-old German uber-model, rang in the new year by posting a sultry snap to Instagram, which showed her bosom in a red-tinted light with little for modesty but a strategically draped scarf.

The image showed Klum in front of floral-patterned wallpaper with her face in shadow and the focus firmly on her cleavage.

The revealing pic comes just days after the “Project Runway” alum decked the halls for Christmas by posting an image to Instagram of her in her Bel Air mansion with her derrière exposed next to some Yuletide garland. 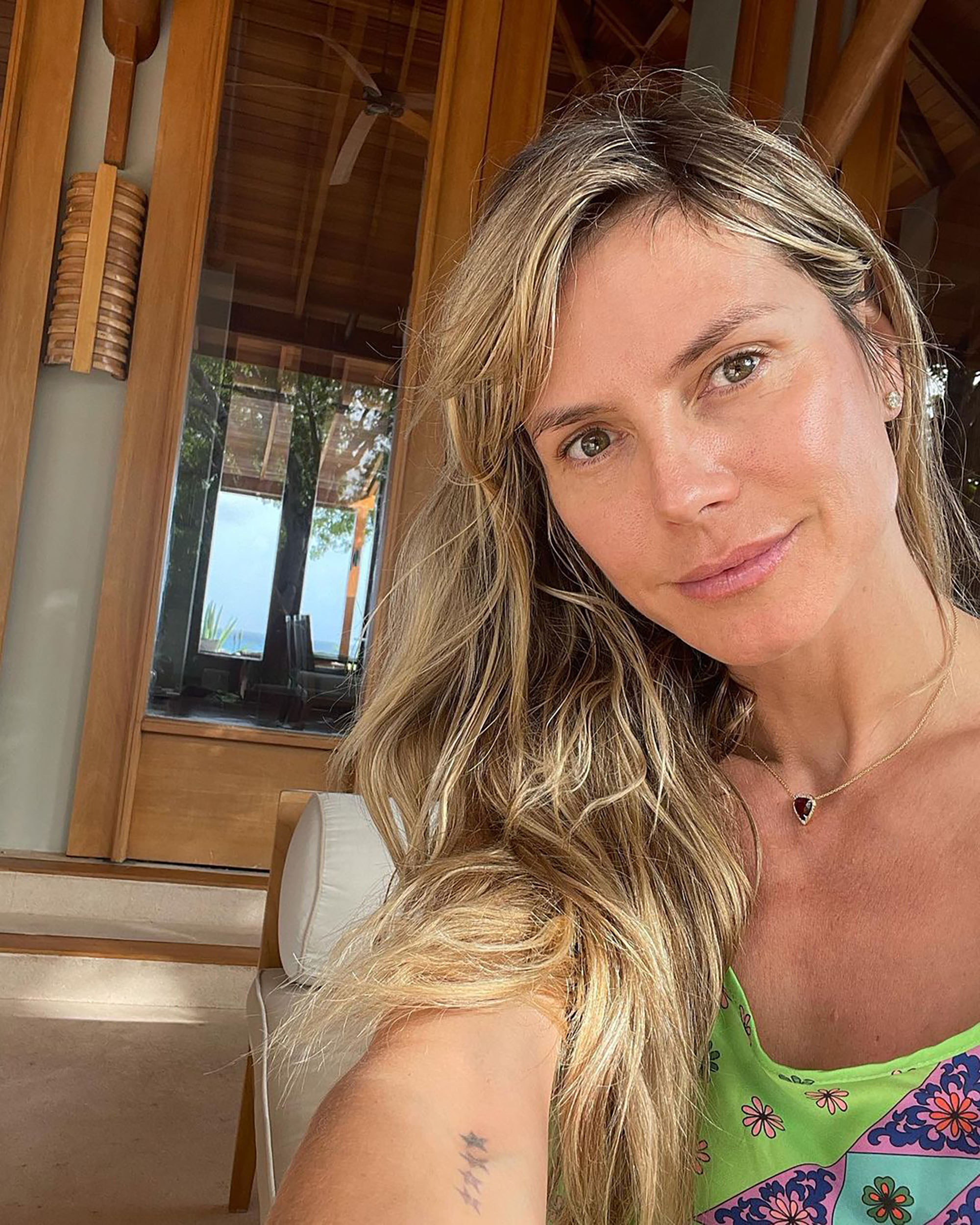 She and her musician hubby Tom Kaulitz, 32, were also photographed kissing at the bottom of the staircase and playing with their dog, Anton.

The couple secretly said “I do” in February 2019, just one year after they started dating. Their wedding ceremony took place in August of that year aboard a yacht in Italy, with all of their family and friends present.

The supermodel is also a mom to four kids, whom she shares with her music star ex Seal.

Klum’s eldest daughter, Leni, is already following in her A-list mom’s footsteps, making her catwalk debut at the age of 17.

She strutted her stuff in Dolce & Gabbana’s star-studded Alta Moda spectacular last August, wearing a couture gown and a crown.

“I honestly wasn’t that nervous,” she recently told Elle in the December/January issue. “I sort of just winged it.”

While she didn’t have any pre-show jitters, the supermodel-in-training was worried that her glittering crown may slip.

“I was scared it was going to fall off,” she added. “So they ended up sewing it to my hair.”