Here’s Why Joe Biden Got Ice Cream Trending On Twitter 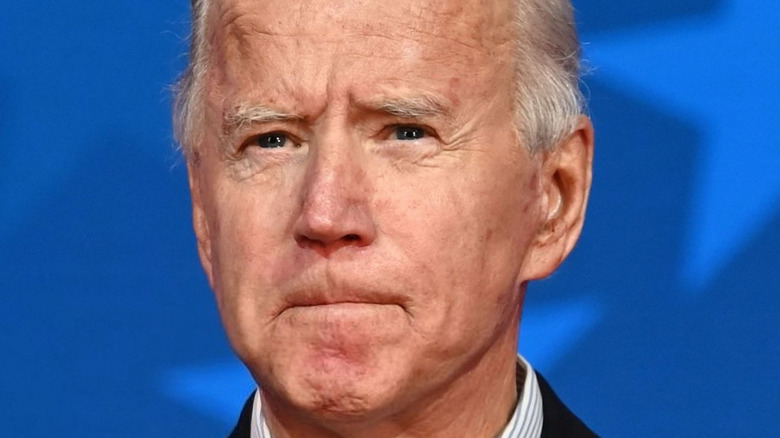 You win some, you lose some. President Joe Biden’s questionable quip to a journalist at a Ford testing facility in Dearborn, Michigan, was recently met with well-deserved rotten tomatoes. But the sun was shining in Cleveland, Ohio today, and ice cream shops seem to be more conducive to Biden’s sense of humor than pickup trucks. If there’s one thing that the president loves more than his aviator glasses, it’s probably ice cream. Take it from Time, which once quoted Biden (then the vice president) on the 2016 campaign trail. “My name is Joe Biden, and I love ice cream,” he told an audience in Columbus, Ohio. “You all think I’m kidding. I’m not. I eat more ice cream than three other people you’d like to be with, all at once.” You’re getting the Ohio connection, right?

Today (May 27) while in Cleveland, Biden stopped by Honey Hut, where he told reporters that he’d ordered “chocolate chocolate chip” cone (via The Guardian). Wait for it … here comes the punchline. When asked to give a message to the Republicans currently opposing the creation of a bipartisan commission to investigate the January insurrection at the Capitol, Biden answered, “Eat some chocolate, chocolate chip.” The president elaborated, “I can’t imagine anyone voting against establishing a commission on the greatest assault since the Civil War on the Capitol. But at any rate, I came for ice cream.” Twitter can’t stop cracking jokes about it. 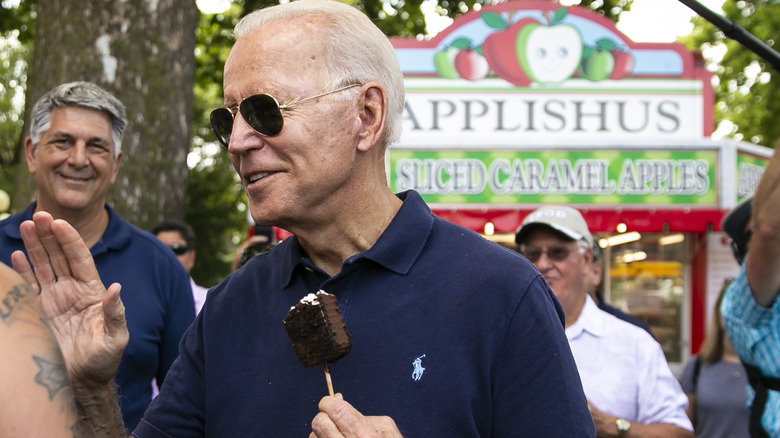 Yes, before you ask, the president was wearing aviators when he stopped at Honey Hut today where both Biden and “chocolate chocolate chip” ice cream have won big in Twitter’s book. “Gonna end every rant I go on from now on with, ‘But at any rate, I came for ice cream,'” wrote one amused Twitter user (via Twitter). “Lincoln, 1860: ‘I can’t imagine any American defecting from our nation. Anyway, I came for ice cream,'” joked another via tweet. “I merely wish to be loved as much in my life as ice cream is loved by Biden,” tweeted a third.

We can’t say for sure but we’d wager a bet that anyone who personally knows the president knows to back off when he’s enjoying an ice cream cone. To support that theory we’d enter the following into evidence. In 2010 Biden quipped, “I am a genuine lover of ice cream. I don’t drink. I don’t smoke. But I eat a lot of ice cream” (via E!). Biden is such a big fan of the sweet treat that for his 2020 inauguration an ice cream shop in Ohio released “White House Chocolate Chip” in his honor (via Today). (Again, note the Ohio connection.) The special, for the ice cream curious, included crunchy chocolate flakes, pieces of chocolate-covered waffle cone.