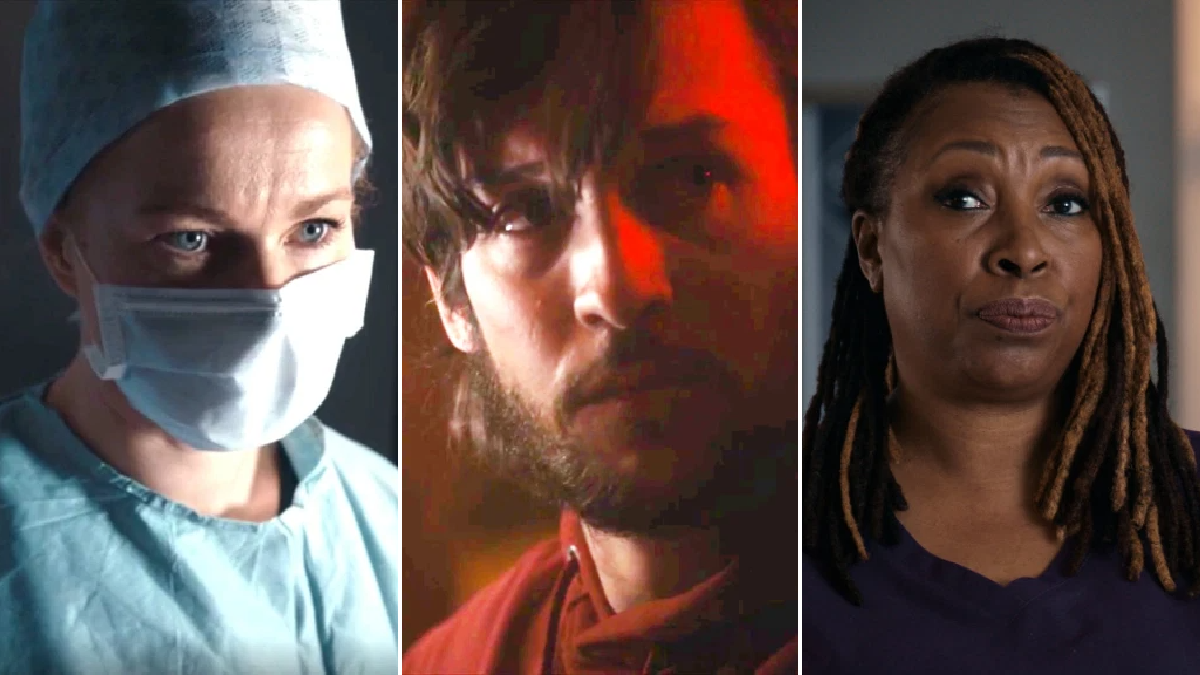 After Cameron (Nic Jackman)’s audacious escape in last week’s Holby City the urgent questions we have now are: where has he gone, and what is he going to do next?

There are plenty of people at Holby that he has unfinished business with, and none more so than Chloe Godard (Amy Lennox). His obsession with her was what started his crime spree (when he let the man who raped Chloe, evil Evan Crowhurst, die while he was a patient) and it’s soon clear that she’s the focus of his attention when she gets a text: ‘Never felt more close to you.’ It’s no wonder Chloe is feeling jumpy.

Does this message mean he’s in the hospital? CCTV has shown him leaving, but Henrik Hanssen (Guy Henry) has his doubts and sets about trying to track him down. It’s a race against time, though, as Cameron’s actions reveal just how desperate and unhinged from reality he’s become – and everyone at Holby City is in terrible danger.

Jac Naylor (Rosie Marcel) waits anxiously for Eli (Davood Ghadami) to find another patient for the heart stent trial, hoping the results of that can be used to make the brain stent trial safer and more effective. Meanwhile, it looks as though time is running out for that trial too, as Carole Copeland (Julia Deakin), the trial’s only current candidate, is deteriorating. Is it too risky to operate on Carole? And does this mean that Jac’s own chances of treatment for her brain tumour are vanishing too?

Evie (Phoebe French) is shocked when one of Jeni’s other ‘girls,’ Aleysa (Jessie Ross), comes to the hospital after escaping from an abusive situation. Fletch (Alex Walkinshaw) and Donna (Jaye Jacobs) don’t believe the story that Aleysa gives them and want to call the police.

davood ghadami, jac naylor, Ro
You may also like: