‘Hot political real estate’: how powerful will renters be this election?

Renters represent a greater proportion of voters in key battleground seats this election and could be a powerful voting bloc, but say they have been largely ignored in favour of homeowners.

Tenants now account for more than 40 per cent of voters in some strongly contested seats, including Higgins in Melbourne’s inner south-east, and nearly 50 per cent in Parramatta in Sydney’s outer west. 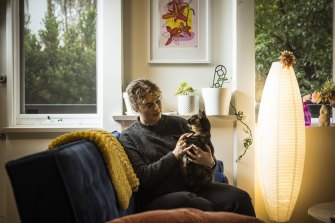 Claudia Lyons, a graduate lawyer, is one of an increasing number of renters in the Melbourne seat of Higgins. Credit:Chris Hopkins

Both major parties have promised incentives for first homebuyers, but far less oxygen has been given to the nation’s rental crisis.

The proportion of vacant rental properties has fallen to its lowest level in years, with the national vacancy rate dropping to 1 per cent in March. House prices in Australia grew on average by 26.2 per cent between March 2020 and April this year, according to data from finance firm CoreLogic. In the same period, rents climbed 14 per cent on average and up to 28 per cent in some areas.

Sixteen of the country’s 46 marginal electorates – those held by less than 6 per cent – have a higher than average proportion of renters, analysis by The Sunday Age and The Sun-Herald shows. The analysis is based on the latest available figures, from the 2016 census, meaning the portion of renters in some areas is likely to be even higher today.

In the marginal Labor-held seat of Parramatta, 48.2 per cent of homes are rented.

At least 43 per cent of homes are rented in Higgins, which is held by Liberal moderate Katie Allen with a 3.7 per cent margin.

In 11 of the seats with a high proportion of renters, more than half of all tenants are also experiencing rental stress – paying more than 30 per cent of their income on rent, according to a 2021 UNSW City Futures Research Centre report.

Rental stress is rampant in marginal outer suburban areas being eyed off by major parties such as Victoria’s Casey and Greenway in NSW, where more than 60 per cent of renters spend more than 30 per cent of their pay on rent.

Tenants may be a relatively small portion of the voters in those areas, who are also experiencing high mortgage stress, but RedBridge Group pollster and former Labor strategist Kos Samaras said they would still be influential, as interest rate hikes would likely be passed on to tenants.

Graduate lawyer and Greens voter Claudia Lyons is a renter in Prahran in Higgins. She pays a third of her income on rent for an apartment she shares with a flatmate.

The 25-year-old says she has “really strong opposition” to the first homeowner schemes being put forward by the major parties because she believes they encourage young people to take on large amounts of risky debt.

She wants to see politicians put more effort into reforms for long-term renters like herself, such as mandatory air conditioning and better terms for rent increases.

“In terms of daily cost of living, my biggest expense is rent so it’s a really important decision to me that a party is taking into account what it means to be a young person in the inner city,” she says.

Higgins, much like the neighbouring electorate of Kooyong, has always been considered a blue-ribbon Liberal seat, but Allen’s margin slipped after a significant swing to Labor at the last election.

Samaras said voters like Lyons’ this election would be just as important as those who have historically occupied mortgage belt electorates.

“The Liberal Party is going to be falling over each other to actually appease the concerns of renters because the seats have suddenly become marginal,” he said.

“We know that the highly educated [formerly ‘safe’] electorates are suddenly all in play,” Samaras said. “So Bennelong, Higgins, Kooyong, Brisbane – these electorates have all got now high numbers of people who rent, particularly young people. So they are now suddenly becoming hot political real estate”.

Dr Sarah Cameron, a political scientist at the University of Sydney who conducted the 2019 Australian Election Study looking at what propels people’s votes, said that even considering other demographic factors, homeownership was still a key indicator of how people voted.

“Voter divisions based on asset ownership were particularly pronounced in the last federal election as a result of Labor’s policies on negative gearing, which have since been abandoned,” she said.

Traditionally, a majority of home owners have voted more conservatively, while tenants tend to support parties on the left.

But Leo Patterson Ross, from the National Association of Tenants Organisations, was cautious when asked if renters would become as powerful a voting bloc as homeowners.

“Across the country, 30 per cent would usually be enough [for a bloc]. There’s a smaller proportion of people over 70 than there are renters, for example. But the difference is that renters haven’t really seen themselves as a group. That’s not their primary identity and that’s not necessarily how they engage with politics,” he said.

He believes for renting to become a major electoral issue, rental conditions would need to affect non-renters.

Labor and the Coalition have both put forward schemes for first homebuyers: the Coalition will expand its low-deposit loan scheme, which allows buyers to purchase a home with a 5 per cent deposit without paying lenders’ mortgage insurance. Labor will match this and add a shared equity scheme that would help 10,000 people own homes by sharing the cost with them. 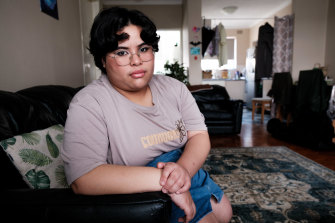 Sydney renter Jasmine Tenemas is undecided about which candidate or party to back at the federal election. Credit:Oscar Colman

Whoever wins on Saturday, more low-cost loans will be offered to community housing companies to build housing for low-income earners, with Labor also offering to directly subsidise construction.

There are more than 8 million renters in Australia. About a third of people own their home, a third have a mortgage and a third rent.

Neither major party has pitched immediate rent relief measures, although Labor has committed to a National Housing Supply and Affordability Council that will report and advise on rental affordability.

CoreLogic research director Tim Lawless said fewer investors had bought homes to rent out over the past five years due to tightened lending standards, while protections for tenants were increasing.

“Rental demand is increasing even when overseas migration has stalled,” he said. “What that implies is that rental household sizes have probably gotten smaller during the pandemic as renters look to lower density options and more space.”

University student Jasmine Tenemas, 21, lives in the marginal Labor-held seat of Parramatta in Sydney, where about half the population are renters and 64 per cent are in rental stress.

Tenemas’ family has always rented in the electorate and last year they were forced to move at short notice. They struggled to find a home close to the hospital and school where her brother with special needs requires care and have recently experienced a substantial rent increase.

Parramatta has been won by Labor at 13 of the past 20 elections. This year the retirement of Labor MP Julie Owens has thrown open the contest between the Liberal candidate, local business owner Maria Kovacic, and former Rudd advisor Andrew Charlton.

“I’m not quite sure who I will vote for. I’m a little bit jaded,” Tenemas said.

“I just want someone who is active and willing to do something about housing.”