Follow
Home » Lifestyle » Housing Accord numbers need to stack up

Housing Accord numbers need to stack up

Thirty years ago, when the Labor government legislated a compulsory superannuation contribution to be paid by employers, few could have perceived just how that pool of savings would grow. At the time, the collective savings of Australia’s various superannuation schemes amounted to less than $150 billion.

Today, the nation’s sum of superannuation assets is more than $3.3 trillion. It is invested in a huge range of assets: publicly traded shares in companies here and overseas; in private ventures; public infrastructure; commercial property; bonds, and much more. 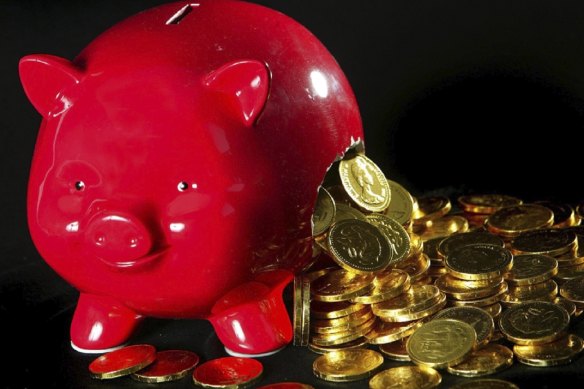 Today, the nation’s sum of superannuation assets is more than $3.3 trillion.Credit:Louie Douvis

Now superannuation funds are being asked to step up and add their investment heft to the Albanese government’s National Housing Accord, which the government envisages will result in the construction of one million new homes in the five years from mid-2024. It’s part of a trend: Victorian Premier Daniel Andrews is also relying on super funds to back his state’s investment in renewable energy.

Federally, the government airily admits its million homes vision is “aspirational”. For their part, the Greens have dismissed it as “a con job” and “smoke and mirrors”.

The problem the government’s housing initiative is intended to at least partly solve is the nation’s chronic lack of social and affordable housing. While many property owners have enjoyed extraordinary increases in wealth over the past two decades, an unfortunate result has been the escalating cost of rental accommodation.

As it stands, Australia already constructs about 180,000 dwellings a year. By those numbers, the government’s proposed Housing Accord would lift the number of constructions by about 10 per cent from current levels to an average of 200,000 dwellings a year. Some of that will be in the form of social and affordable housing. The recent federal budget committed $350 million over five years to deliver 10,000 affordable dwellings, a figure the government expects to be matched by the states and territories.

“Deliver”, though, is obviously not intended to mean the same as “construct”: the cost of building 10,000 dwellings is a multiple of $350 million – and that is where private financing comes in.

How super funds respond to the challenge, though, will depend on how the government structures the investment deals and what kind of returns might be extracted from financing rental accommodation for low income people in the Australian market.

Super funds are not going to walk into this blindly. They have enormous sums to invest, and many are ambitious about sustainable and social investments to improve communities. But direct investment in private housing is not a particularly liquid form of investment, and returns on property held for rental can be low after considering maintenance and state land tax.

The government has not been clear yet about the financing mechanism. Funds might be more interested in investing in bonds set up specifically to fund this policy. More importantly, though, the entire mandate of every super fund is focused on generating the best possible returns on investment that will meet future payouts to members.

The key to getting superannuation funds and other investors involved is likely to hinge on a so-called “availability payment”, a sweetener or gap payment often deployed in public-private partnerships to bridge anticipated below-market returns.

So far, the five pages purporting to explain the Housing Accord amount to little more than a flow-chart of work that must be done to generate ideas and frameworks. There is precious little detail about how federal, state and local governments, construction groups and superannuation funds are going to pull together to produce the additional dwellings.

The lack of precision is generating confusion and understandable scepticism. And there are plenty of variables to contend with: shortages of skilled labour and construction materials and price increases that could increase costs and undermine expected returns.

The need for more social and affordable housing is acute, and while superannuation funds may be voicing tentative support for the government’s plans, there are hurdles to overcome. Making the numbers stack up may be quite a challenge.