How Abbie Chatfield turned her villain edit into a feminist empire 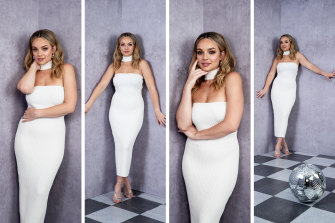 If you ever needed proof that influencers wield the kind of power the rest of us can only dream about, look no further than Abbie Chatfield.

“Subway sent me a $4500 voucher after I mentioned them on my Instagram stories,” the former reality television contestant, 26, says, bemused.

We are midway through a photoshoot to promote her role as host of Love Island Australia’s new behind-the-scenes show, Afterparty, which starts on Channel 9 (owned by Nine, the owner of this masthead) on October 14.

The gig comes two years after Chatfield rose to fame on the 2019 season of The Bachelor where she was put through the reality TV ringer: framed as the series villain, dumped in the finale, and slut-shamed online for her sexuality.

“You need to have a villain, and I gave them that,” Chatfield says.

Abbie Chatfield: “You need to have a villain, and I gave them that.”Credit:Louie Douvis

But Chatfield came to learn a valuable lesson: bad edit equals good opportunities. “It’s funny because they kept talking shit about me [online], so I became the main storyline on The Bachelor, which wasn’t my plan, but it thrust me into this world of media,” Chatfield says. “And that opened up all these doors for me.”

She was cunning enough to see the potential of having a point of difference. In a marketplace bloated with near-identical influencers content to sit, or pose, on the fence while flogging skinny teas, Chatfield would do the opposite.

That approach became a business plan for Chatfield, who has built an empire on the back of those qualities that attracted criticism when she appeared on The Bachelor. She has found a gap in the market, positioning herself as a feminist influencer, talking frankly and with humour about sex and sexuality, her body and mental health. 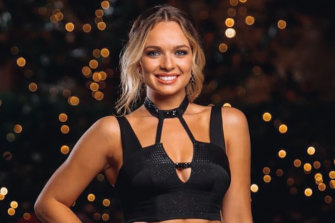 Abbie Chatfield when she was a contestant on The Bachelor.Credit:Network Ten

She’s been commissioned to write an “entry-level handbook for baby feminists” called So Let’s Unpack That (which abbreviates to slut). Her weekly podcast It’s a Lot attracts more than half a million monthly listeners with episodes such as Feminists Can Get Nose Jobs Babe and In Case You Haven’t Figured Out By Now I Am a Vaccine Slut a perfect snapshot of brand Chatfield. Then there’s her range of hugely popular self-titled vibrators. A collaboration with sexual wellness company, Vush, the “Abbie” caused quite the buzz when released in April, selling out within days.

The engine room of this ultra-modern millennial empire is Chatfield’s Instagram page which has more than 320,000 followers. A self-confessed “chronic oversharer”, Chatfield live streams her thoughts everything from slow Wi-Fi, anti-vaxxers and yes, a love of Subway.

As a hair and makeup artist steps in to tend to Chatfield’s locks, I attempt the maths on how many footlongs you can get for $4000.

“That’s too much Subway for anyone,” Chatfield quips. “I might give it to a homeless person, or like a shelter, no one needs that much Subway.”

It’s not hard to see why Chatfield has managed to cut through. She is smart but self-deprecating, funny and flippant, switched on but happy to make a joke out of anything serious. 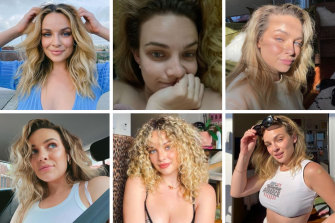 Lately, Chatfield has added another, perhaps surprising, string to her bow: public health warrior. Having received both doses of AstraZeneca, Chatfield has been encouraging her followers to get vaccinated. Each day she posts a poll asking people if they’re fully vaxxed while also regularly inviting health professionals onto her platform to help debunk vaccine misinformation.

You need to have a villain, and I gave them that.

“Ignorant people make me fired up, and I can’t help but share our exchanges,” Chatfield says. “It also empowers people who follow me to have those conversations with tricky people in their lives.”

While some influencers have stayed silent on the subject, Chatfield hasn’t been afraid to deliver a savage one-liner to those who don’t support vaccination.

“I understand why they don’t do it because anti-vaxxers are aggressive, and people can’t be bothered paying the price or losing followers,” Chatfield says.

But as has been the case so often in her career, bucking the trend has paid off handsomely.

“I’ve added 50,000 followers in the latest lockdown, and before that, it was plateauing,” Chatfield says.

It’s also allowed her to tap into a new demographic. She has this year appeared twice on ABC’s The Drum discussing vaccination rates and the role influencers can play in effective COVID-messaging.

However, for now, the focus shifts back to where it all began for Chatfield: reality TV. But in a role reversal, she’ll be the one dissecting the show, chatting to the Love Island contestants after each episode.

“I’ve had a few followers get in touch on social media and say they were disappointed in me for signing on to host Afterparty, that I was complicit,” Chatfield says. “But would they prefer a talking head who won’t call out bad behaviour, or do you want someone who has lived through it and survived?”

Abbie, Chatfield, her, How, turned
You may also like: