Follow
Home » Lifestyle » How do I make sure my child makes good choices?

How do I make sure my child makes good choices?

There are sure ways to guarantee your child will never end up wearing a Nazi uniform to a fancy dress party.

NSW Premier Dominic Perrottet apologised on Thursday when he revealed he had worn a Nazi uniform to his 21st birthday party. While a raft of Jewish leaders have been forgiving, how do we make sure our future premiers and every other child in Australia never thinks it’s a lark to play Nazi dress-ups? 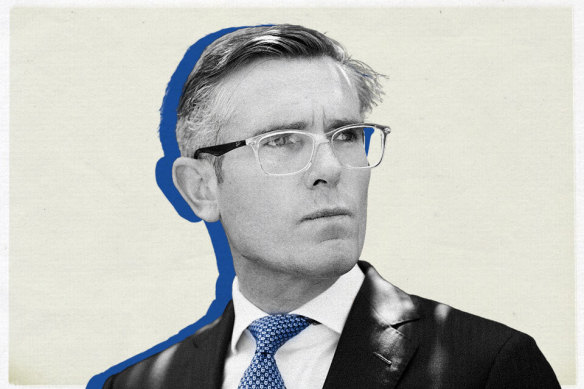 Following NSW Premier Dominic Perrottet’s apology for wearing a Nazi costume to his 21st birthday, education experts say there are sure ways to guarantee the next generation avoids similar mistakes.Credit:Rhett Wyman/Art by Kathleen Adele

Education experts say we need to start early, as early as preschool, with conversations about empathy and compassion. Marg Rogers, senior lecturer in early childhood education at the University of New England recommends telling youngsters moving stories – reading books where kids can identify with the characters and develop a connection.

From there, it’s the development of a strong ethical base. That’s a constant dialogue between child and parents, school and society and every single educator they will ever meet.

“Humans are wired to understand best through stories. Children can get to know the characters through good story telling, develop feelings and imagine what it is like to feel hurt or insulted because of skin colour or cultural background,” says Rogers. It’s also a way for kids to safely practise their emotions. Through books, they get a chance to experience the worst of racism and think about how they might respond if it happened to them. Even better, they might think about their own actions before doing something unkind or unfair to someone else, she says.

The work needs to continue through primary school. Engagement manager at Primary Ethics Elizabeth Allen says her organisation, now running classes in over 500 NSW schools, uses scenarios which start discussions. They try to get the children to develop their own moral basis through conversations with peers.

“We don’t teach children what to think . . . the thinking is the point,” she says.

While they don’t use people in their scenarios (and therefore wouldn’t use the Premier as part of a scenario), they might ask students to think about how a meerkat might respond in a certain situation.

“How would it make you feel?” is one of the questions – but students also have to give reasons.

“We encourage students to put themselves in somebody else’s shoes – why that’s fair and why something else is not fair.”

“We encourage students to put themselves in somebody else’s shoes – why that’s fair and why something else is not fair,” says Allen.

Only one-third of Australians say they learned about the Holocaust at school, according to Deakin University researchers. The same study showed Australians with higher awareness of Holocaust atrocities reported higher rates of empathy with other minority groups. Julia Horne, professor of history at the University of Sydney, says the Premier, who went to school at Redfield College and Oakhill College before enrolling in law at the University of Sydney, presumably thought at the time, there was nothing wrong with what he did, that it was just a joke.

“What he did was wrong but a good education should help young people decide what is ethical practice. It is what surrounds young people that helps them decide what’s right and what’s wrong.”

Does pop culture have an impact? Do we need to monitor everything children watch?

“I grew up with Hogan’s Heroes and it didn’t desensitise me,” she says, pointing out that the US television series, set in a Nazi prisoner of war camp, was past its prime by the time the Premier was 21.

Horne, whose expertise is the teaching of history, says it is vital for all students to understand the horrors of racism and bigotry and for schools to expose their students to those events.

Rebecca Kummerfeld, head of learning at the Jewish Museum, says Australians desperately need Holocaust education. In NSW, it’s on the curriculum for high school but there are no mandatory hours.

“Genocide starts with words and symbols,” says Kummerfeld. She says we need to develop responses before they escalate.

What words can we start with to help kids develop empathy and compassion? Rachel Robson, children’s bookseller at Gleebooks, has too many recommendations to list but her favourite is If You Come To Earth by Caldecott medallist Sophie Blackall. She recommends it to young and old. She also loves the Human Kind series by Zanni Louise which exposes kids to empathy.

Robson recommends a brand-new book: You Don’t Know What War Is by Yeva Skalietska, told from the perspective of a 12-year-old Ukrainian girl. And for the 21-year-olds and above? Eddie Jaku’s The Happiest Man on Earth.

Will reading these stop kids from thinking genocidal cosplay is OK? It will at least start the hard conversations.