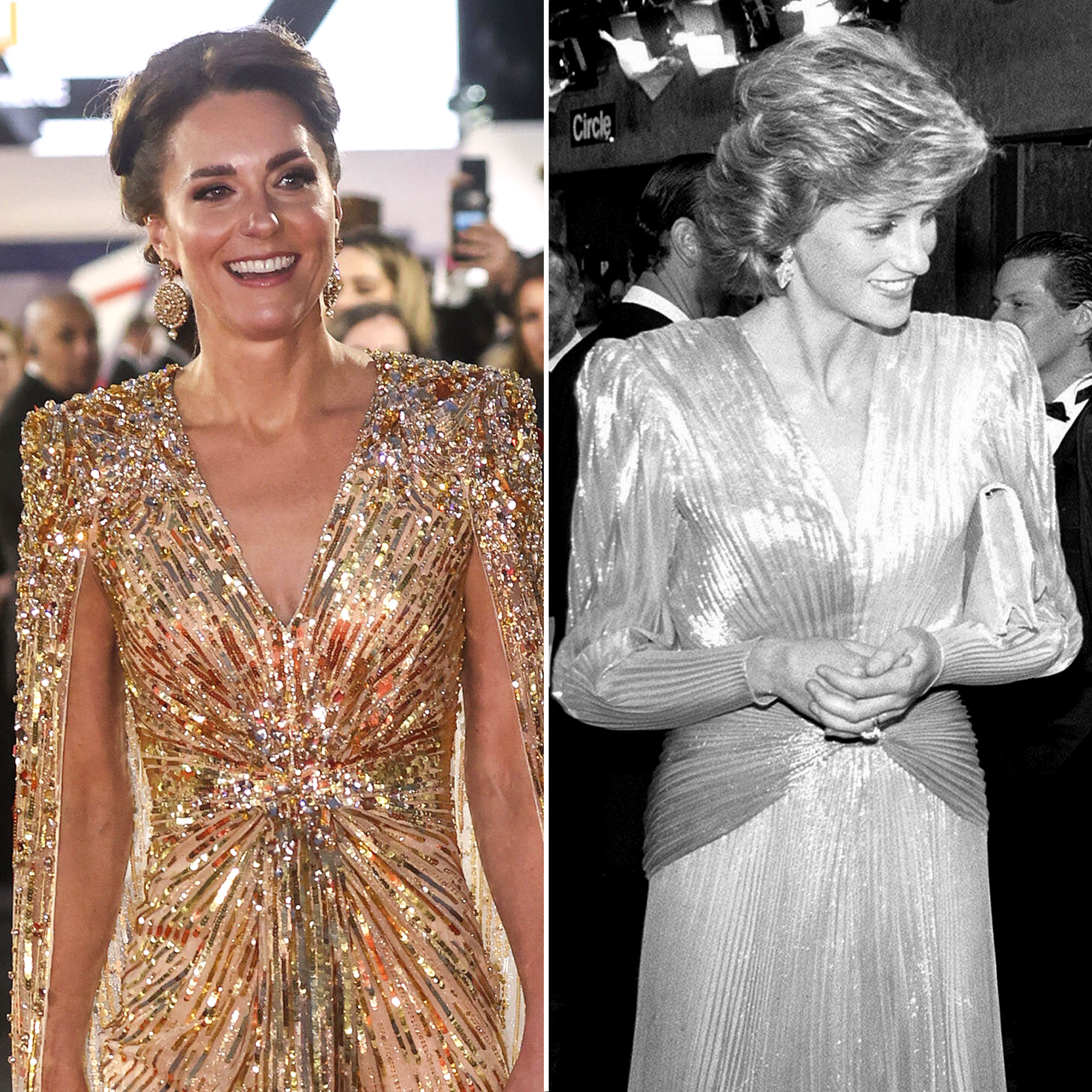 Bringing out the style stops! Duchess Kate shut down the No Time to Die red carpet on Tuesday, September 28, thanks to her gorgeous gold Jenny Packham gown.

But royal watchers were quick to point out that the 39-year-old royal’s glitzy frock wasn’t just a fashion statement — it carried some sweet significance. It was a subtle nod to Princess Diana’s style.

Turn back the clock to 1985, and Princess Diana attended the A View to Kill premiere, which is another Bond movie, in a very similar silhouette. At the time, the late Princess of Wales wore a gold lamé dress by Bruce Oldfield.

And between the deep neckline, padded shoulders, cinching at the waist, pointed pumps and all around shimmer, it’s safe to say that the duchess was drawing upon Princess Diana’s ensemble. 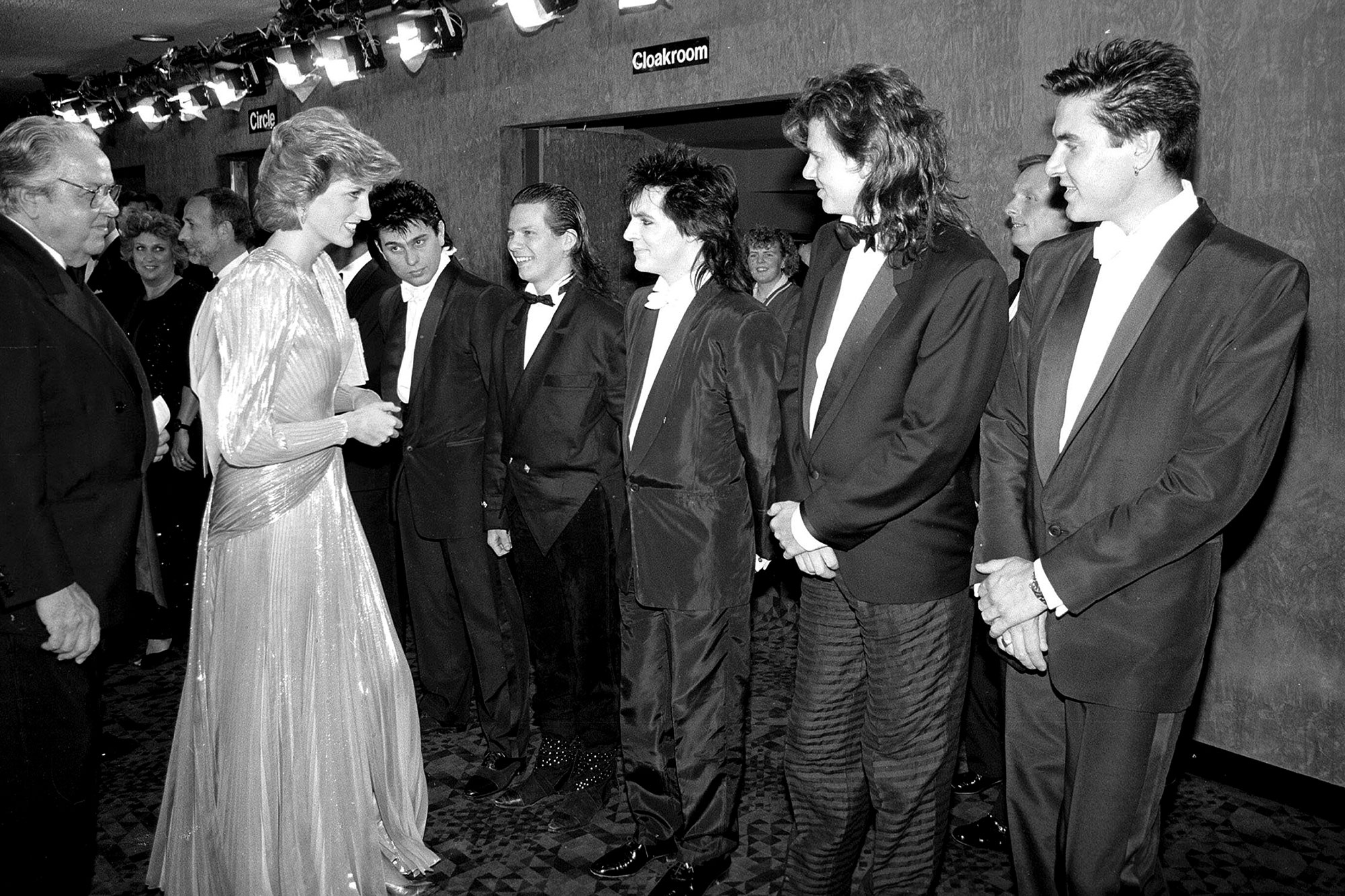 This isn’t the first time that the Duchess of Cambridge has paid tribute to her late mother-in-law, who passed away in 1997. She frequently wears jewelry in memory of Princess Diana.

In June, the mom of three paid tribute to the late royal by wearing her three-strand pearl bracelet during the G7 Summit. The piece, which Kate paired with a gorgeous Alexander McQueen coat dress, was part of the Princess of Wales’ private jewelry collection.

Nigel Milne first designed the stunning bauble for Diana in 1988. The late royal later wore the piece in 1989 with her iconic Catherine Walker strapless dress, a.k.a. her Elvis dress.

Since debuting Diana’s sapphire engagement ring in 2010, Duchess Kate has stepped out sporting a number of the people’s princess’ jewels.

Kate Middleton’s Fall-Ready Heels Can Be Yours for $415

And every time she wears one of the pieces beloved by the Princess of Wales, it’s a sweet and touching tribute. In fact, it’s exactly what the royal would have wanted. 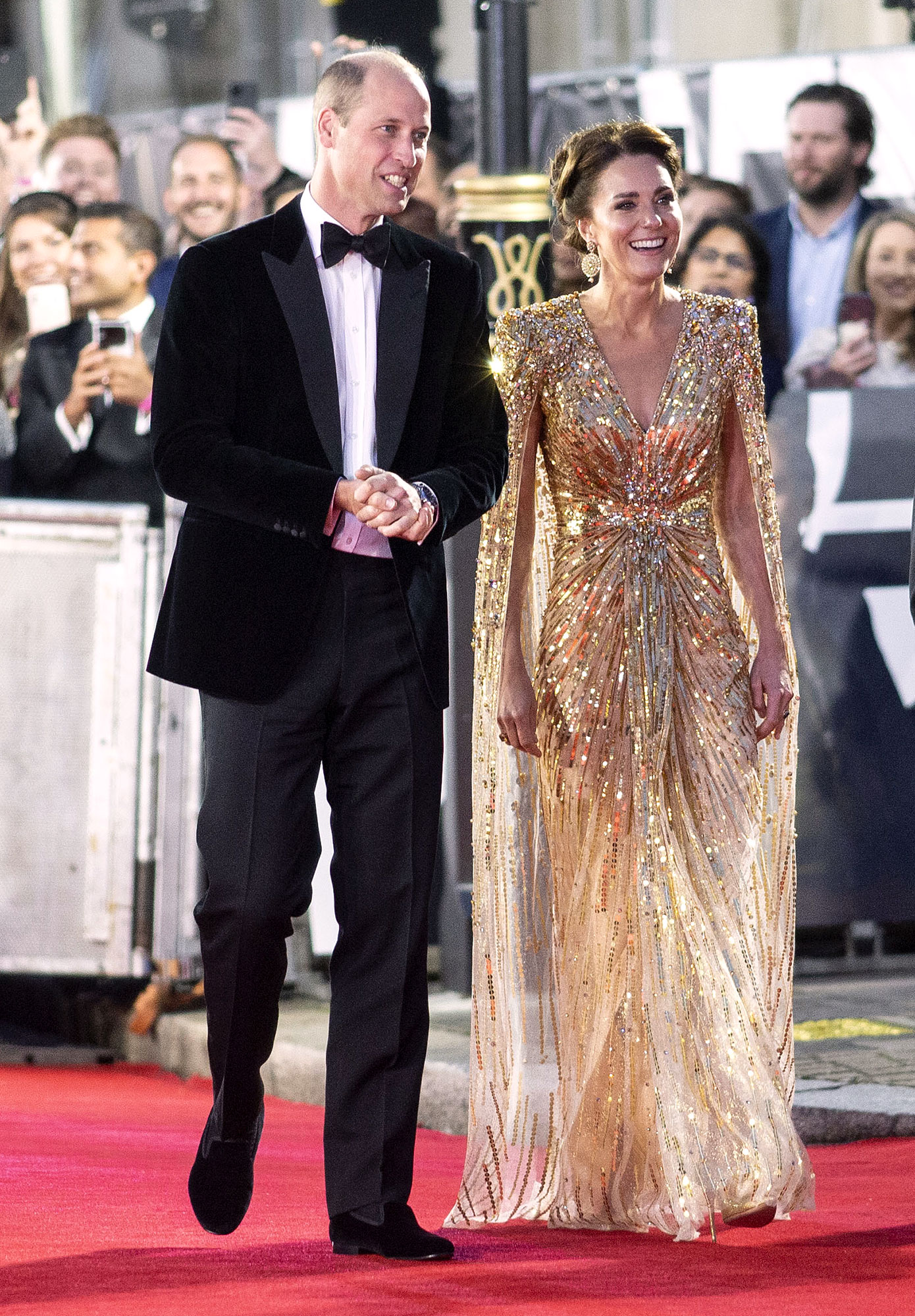 Prior to passing, Diana penned a “letter of wishes” which explained how she wanted her jewelry to be dispersed.

“I would like you to divide my personal chattels at your discretion between my sons and godchildren, the division being three quarters to my sons and one quarter to my godchildren,” she wrote at the time. “I would like you to allocate all my jewelry to the share to be held by my sons, so that their wives may, in due course, have it or use it. I leave the exact division of the jewelry to your discretion.”

at, dress, Duchess, How, Kates, N
You may also like: