Making it work! Bradley Cooper and ex Irina Shayk have maintained a close relationship since their split — and Huma Abedin isn’t bothered, an insider exclusively reveals in the new issue of Us Weekly.

Bradley Cooper and Irina Shayk: The Way They Were

“Bradley and Irina want to keep going on vacations as a family,” the source says of the A Star Is Born director, 47, and the supermodel, 36, who share daughter Lea De Seine, 5. “And Huma respects that.”

In July, Us confirmed that Cooper and the political staffer, also 47, have been “dating for a few months now.” An insider noted at the time that the duo were introduced by Vogue editor Anna Wintour ahead of the Met Gala, which took place in May. Both Cooper and Abedin were in attendance at the event, but they didn’t walk the red carpet together.

“They have a lot in common and their friends are very excited to see where this relationship goes,” the source added.

The American Sniper star previously dated Shayk from 2015 to 2019. Since calling it quits, the duo have remained amicable coparents of Lea.

“Bradley and Irina have always had the upmost respect for each other,” the first insider tells Us. “They were always better friends than lovers. Seeing each other as parents has made their respect and love for each other grow even more.” 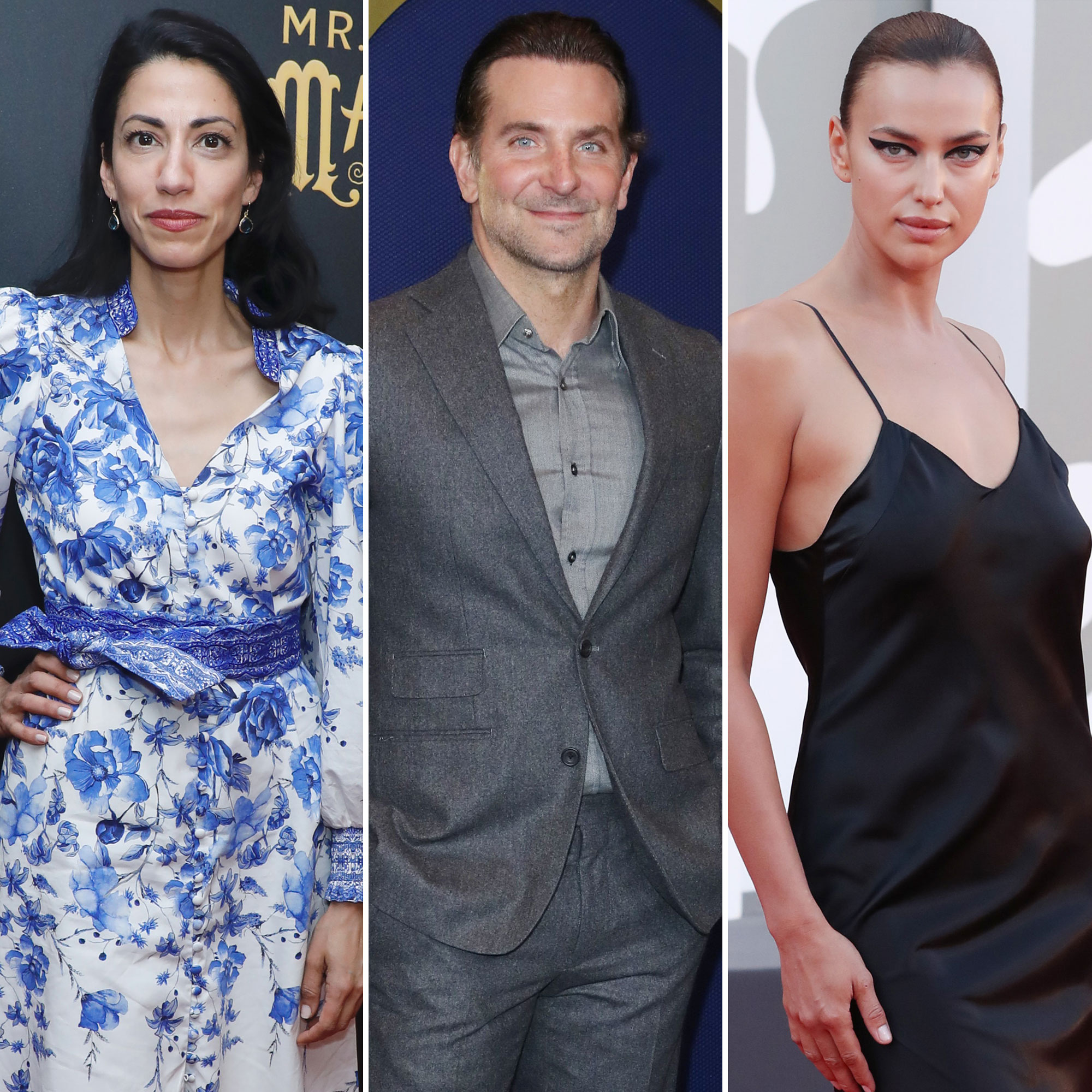 Last year, the former Sports Illustrated cover girl gave a rare update on where things stand with her ex, noting that she doesn’t think “coparenting” is the right word to describe the state of their relationship.

“I never understood the term coparenting,” she told Elle in March 2021. “When I’m with my daughter, I’m 100 percent a mother, and when she’s with her dad, he’s 100 percent her dad. Coparenting is parenting.”

Abedin, for her part, shares son Jordan, 10, with estranged husband Anthony Weiner. The former congressman, 58, made headlines in 2011 when he was accused of sending sexual messages and photos to multiple women. The Michigan native initially supported her ex as he resigned from Congress, but she later announced their split after Weiner admitted to sexting with a 15-year-old girl.

“After long and painful consideration and work on my marriage, I have made the decision to separate from my husband,” the Both/And author told Us in a statement in August 2016. “Anthony and I remain devoted to doing what is best for our son, who is the light of our life. During this difficult time, I ask for respect for our privacy.”

For more on Abedin and Cooper’s relationship, watch the video above and pick up the new issue of Us Weekly, on stands now.