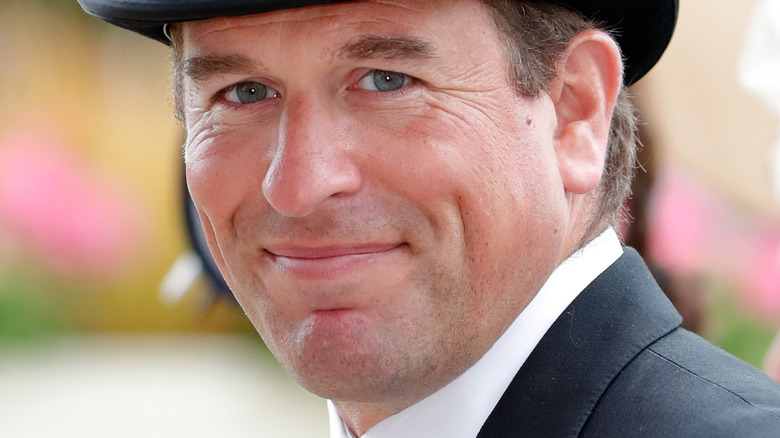 The royal family went into a period of mourning when Prince Philip passed away. The members of the family have processed the loss in their own ways, and one relative has now shared what the experience was like for him in an interview with the BBC.

Princess Anne’s son Peter Phillips said of his grandfather, “He was such a fixture of all of our lives. He is sorely missed.” Calling the Duke of Edinburgh a “hugely influential figure,” Phillips added, “He lived a remarkable life and if any of us can even live half the life that he did, we would all be extraordinarily happy.”

Prior to his death, Prince Philip was hospitalized in both 2019 and 2020 (via The New York Times). He died at the age of 99 on April 9, 2021, at Windsor Castle. Phillips was among the royal family members who walked behind Prince Philip’s casket, along with Prince William, Prince Harry, and David Armstrong-Jones. The service was a challenging one, with COVID-19 safety practices still in place.

Royal family members practiced social distancing and were not able to be as intimate as they would have liked while in mourning. Phillips told the BBC that this made it especially difficult to comfort his grandmother, the queen, during the difficult time.

Peter Phillips: Our thoughts immediately went to my grandmother 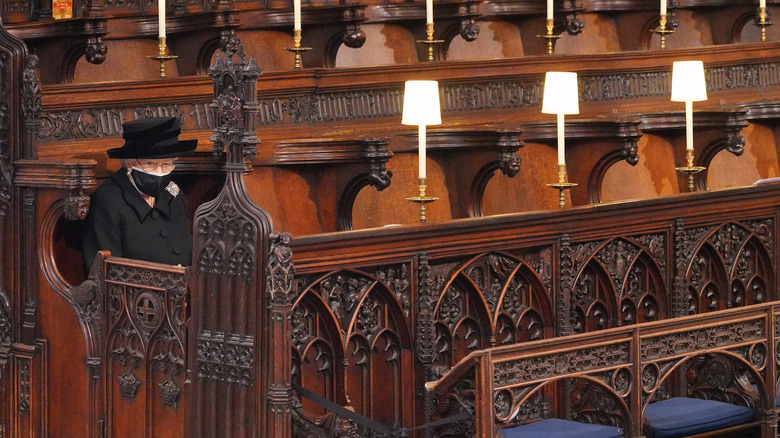 “Our thoughts immediately went to my grandmother,” Peter Phillips told the BBC. “We’ve been trying to support her as much as we can. Everybody saw the image of Her Majesty sitting alone [at the funeral]. It would have been the same for any other family; the hardest part is not being able to hug those closest to the person who’s been lost.”

Due to strict pandemic laws in the U.K. around the time of Prince Philip’s passing, the queen was required to sit alone. While adults living alone and single parents were permitted to form a “support bubble” with another family that they could be in close contact with, the queen’s large staff excluded her from this loophole and required her to sit alone (via CNN). This was hard for her family in attendance at the funeral, not even being able to hug her in her time of loss.

Phillips went on to share the bitter sweetness that has come in the wake of Prince Philip’s death, including an increased time of reconnection for the family. “There have been some great sadnesses but at the same time you’ve got to try to take the positives out of these situations, whether that be new life or happy memories, that’s what you’ve got to focus on,” he added.

Anne's, How, PETER, Princess, son
You may also like: