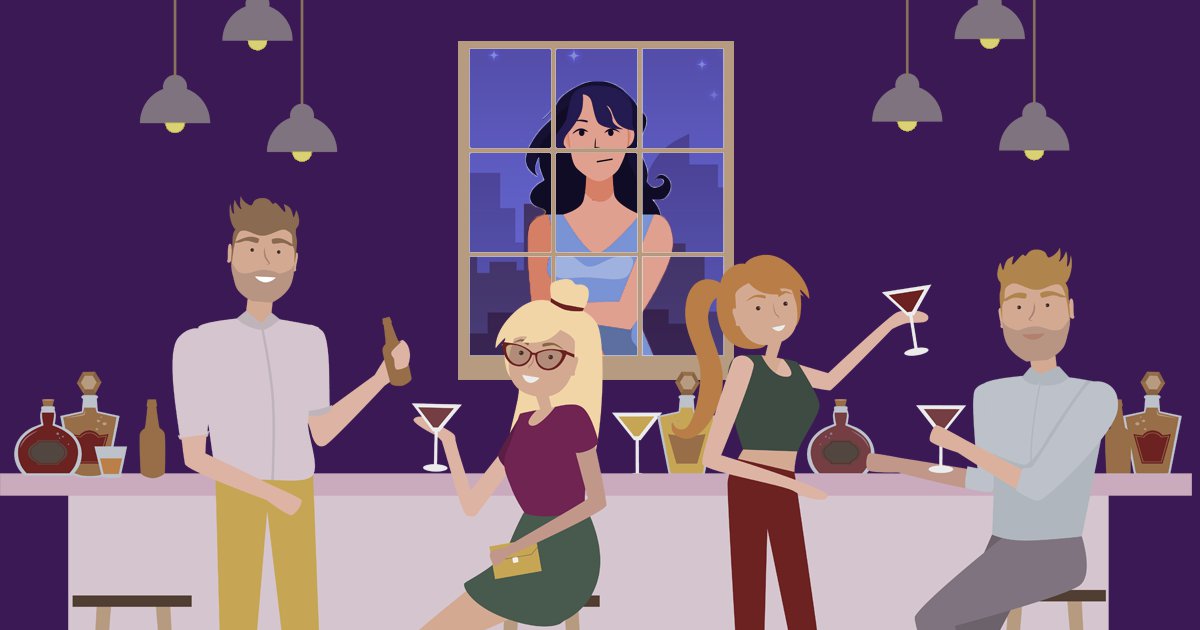 Anyone else feeling slightly triggered by the word ‘party’ since the government’s alleged rule-breaking antics emerged?

A leaked email found that 100 members of Downing Street staff were invited to the party, with Dominic Raab being one person that didn’t make the cut.

We’ve explored how to deal with not being invited to a party, but what about the opposite scenario?

Rejecting an invite can be hard – especially if you want to ensure you’re still on the guestlist for the next one.

There are ways to do it though, to minimise the damage while standing your ground.

‘If something is happening that you object to morally, such as a large party that breaches Covid restrictions, this can be tricky to navigate.

‘First of all, be open to asking yourself why you’re bothered – if it turns out that it really is a valid ethical concern, and you have a good relationship with the host, you might try gently explaining your concerns in a non-judgemental way, again focusing on your own feelings.

‘However, we do sometimes have to question whether the issue is really any of our business – if we have made the decision not to go, sometimes that is enough, and it isn’t our place to try and bring others around to our way of thinking.’

David Brudö, co-founder of personal development and mental wellbeing app Remente says: ‘One of the most common causes for why so many of us struggle to say “no” is to do with the worry that a negative response will hurt the other person’s feelings, damage the relationship or make us unlikeable.

‘Unfortunately, a negative response can hurt a person’s feelings and studies have found that the brain has a stronger reaction to the negative than the positive.

‘However, always saying “yes” can have a negative effect in the long-run.

‘You might find that it prevents you from being honest about your feelings and can even lead you to being passive aggressive as a result, therefore damaging your relationship.’

It’s possible to get better at saying no in time.

So when you’re declining an invite, for whatever reason, these are the things you should keep in mind, according to Frederique Murphy, a mindset strategist and author of Lead Beyond The Edge.

Approach with gratitude and respect

Show gratitude towards the party host for thinking of you and respect for both them and yourself in being honoured by the invitation.

Be prompt in saying no, rather than dragging it out.

Be confident in your decision

It’s your choice to say no.

Every choice you make is a lesson that shapes who you are as you boldly move forward.

You declining the party invitation is a ‘yes’ to yourself, your plans and your goals.

Use the ‘thank you sandwich’

This is: two slices of ‘thank you’ and your ‘no’ as the filling.

Say something along these lines: ‘Thank you for the invitation. While this is not something I’m able to attend, I wish you all the best at the party. Thank you so much for thinking of me.’

You’re worried that by saying no, you’re hurting the host’s feelings.

However, by saying yes when you rather say no, you’d be hurting yourself.

Respect yourself to politely say no when it doesn’t fit in.

Be your most productive self

This is a new year and one you want to lead head on – and this includes being decisive on how you use your time.

The more strategic you are with your actions, the more effective you are. Ask yourself: ‘Does this bring me closer to my goals?’

Don’t lie by coming up with an excuse. This isn’t necessary.

Remember, you are not rejecting them, you are declining a party invitation.

If you don’t want to go into the detail of why you’re saying no, refer to the ‘thank you sandwich’.

Suggest a time that the two of you (or even a group of you) could meet and socialise.

This signals to the host that this it’s not a personal rejection of them.

By putting it at the back of your mind, guess where it is? On your mind, and it takes up some of your headspace and energy.

Deal with it as this will not only free up your mind, but will also help the person organising the party with their logistics.