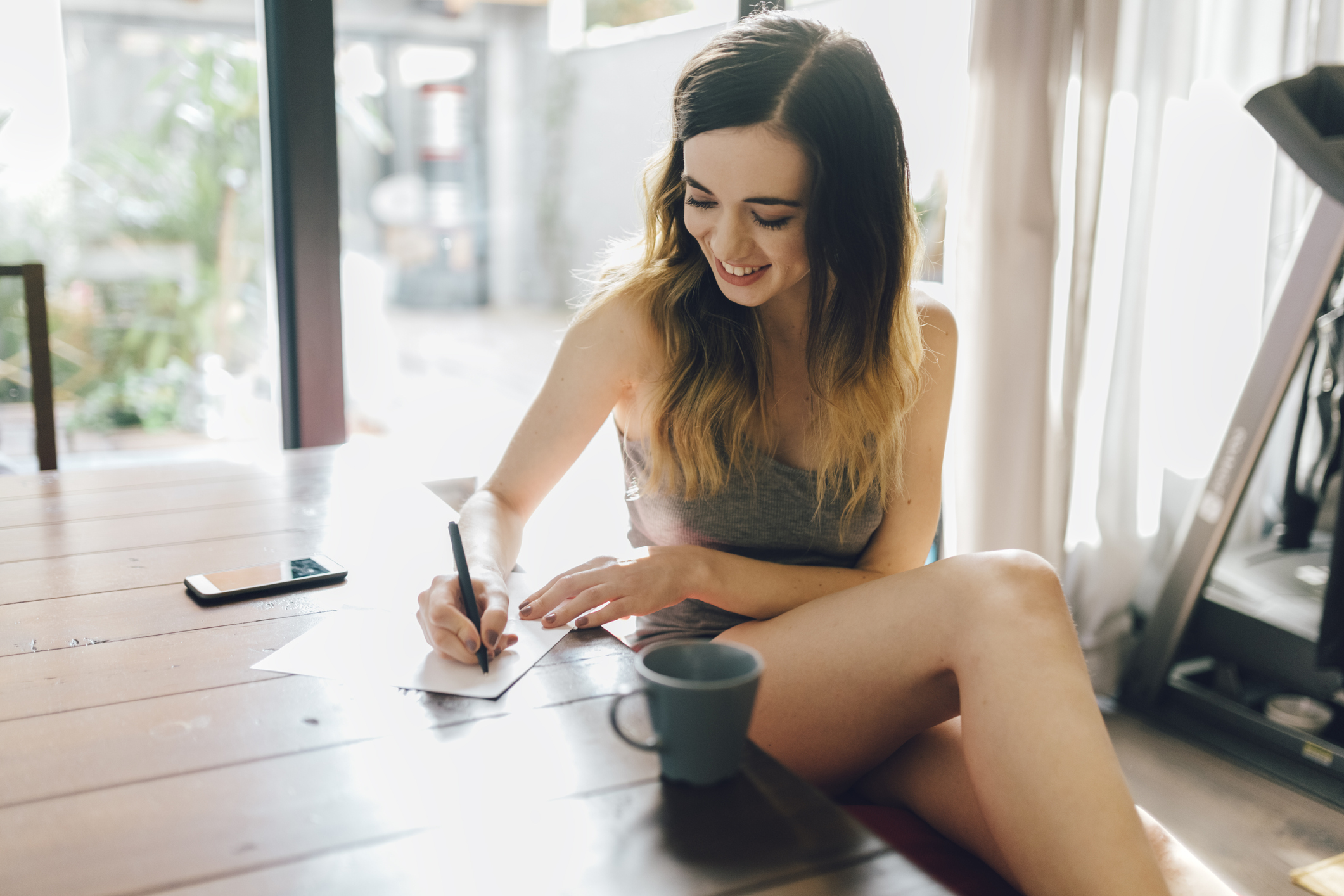 Then one day, with emotions threatening to overwhelm her, the freelance writer, 26, put pen to paper in an entirely new way: she started to write letters to pen pals from all over the world.

Now Dublin-based O’Connor has more than 30 pen pals in countries including Australia, Canada, the US and Malaysia, and even credits it for improving her mental health.

‘A lot of my pen pals have supported me as I’ve struggled with anxiety during lockdown,’ says O’Connor. ‘Thanks to stamps and letters, I’ve made friends with some of the kindest people on the opposite side of the world. I’ve even had a virtual movie night with one of them.

‘I feel like you can talk about anything with pen pals. So much heart and effort goes into the letters, so you feel more comfortable opening up. I send letters at least twice a week and some weeks I’ll receive a letter every day.’

She cites unrequited love, Gilmore Girls and book recommendations as just some of the topics that come up in her frequent correspondence.

There are dedicated places to look for correspondents, such as Penpalooza, a pen pal exchange that began as a means of combating pandemic loneliness. It has about 10,000 members from 75 countries.

Rose Hibbert, a 31-year-old talent manager from Manchester, started writing letters to an old university friend, Elise, after they reconnected via Instagram. They struck up conversation on the app and it occurred to Hibbert that there was simply too much to catch up on via messages.

‘I asked for her address and decided to send a letter with everything since we were last fully in touch — break-ups, moves, jobs, life, do I want kids? Will I ever wear non-elasticated waistbands again? That kind of vibe,’ says Hibbert. ‘I also include a recipe at the end of every letter. I can be more honest when I’m writing things down because I have more head space. I’ve admitted stuff I haven’t mentioned to some of my nearest and dearest.’

Stationery sales shot up last year. Smythson reported that during the first month of lockdown, its writing paper sales went up 80 per cent.

A year later, stationers Papier reported record sales — from December 2020 to March 2021 it saw the highest note card and writing paper sales to date. In February this year sales were up 228 per cent on February 2020. Papier founder and CEO Taymoor Atighetchi is not surprised.

‘The act of writing is the most meaningful and thoughtful way of connecting with loved ones,’ he says. ‘It’s more tangible and tactile than texting and emailing. While we’ve been pulled apart by the coronavirus pandemic, seeing someone’s handwriting brings you closer to them.’

Antonia O’Brien, 34, a presenter from London, agrees that letters are a lovely antidote to the immediacy of digital communications. She says: ‘Making the pen-to-paper effort is so much more personal and spells out my love more than a WhatsApp ever could.’

Read all about it: Notable writing sets

Buy for £8 from Etsy

Buy for £14.95 from notonthehighstreet.com

This article contains affiliate links. We may earn a small commission on purchases made through one of these links but this never influences our experts’ opinions. Products are tested and reviewed independently of commercial initiatives.