In October 2020, six months into the pandemic, I suffered what I can only describe as a panic attack and anxiety overload.

I was sitting at my kitchen table, completely lost. It was a Tuesday morning, and I had been at my desk for no more than an hour.

I was stressed, unhappy and alone in my head, dealing with my demons.

I don’t think there was any particular cause for the panic attack other than I could no longer cope with my workload. I had emails, deadlines and meetings coming out of my ears and just couldn’t handle it.

Everything became too much and I broke. The tears wouldn’t stop coming.

Little did I know, that moment would change my life forever.

My struggles started when I began training as a chartered accountant in my mid-twenties because I wanted something that would pay me well, offer lots of opportunities and make my family proud.

I knew from very early on that accountancy and I weren’t made for each other but I desperately tried to grind it out and qualify. I spent nearly four years balancing exams, work, and life and I was desperately unhappy for most of it.

When the pandemic hit, I found myself working all day, but still feeling guilty as soon as I closed my laptop, as though I hadn’t earned the right to switch off. My work-life balance became completely unhealthy.

Colleagues knew that no one had plans in the evening – we were all in lockdown – so people would call, email, or message at whatever time they wanted. It became impossible to separate yourself from the endless tasks that people had for you.

When I think back, I can recognise just how much it was taking out of me. 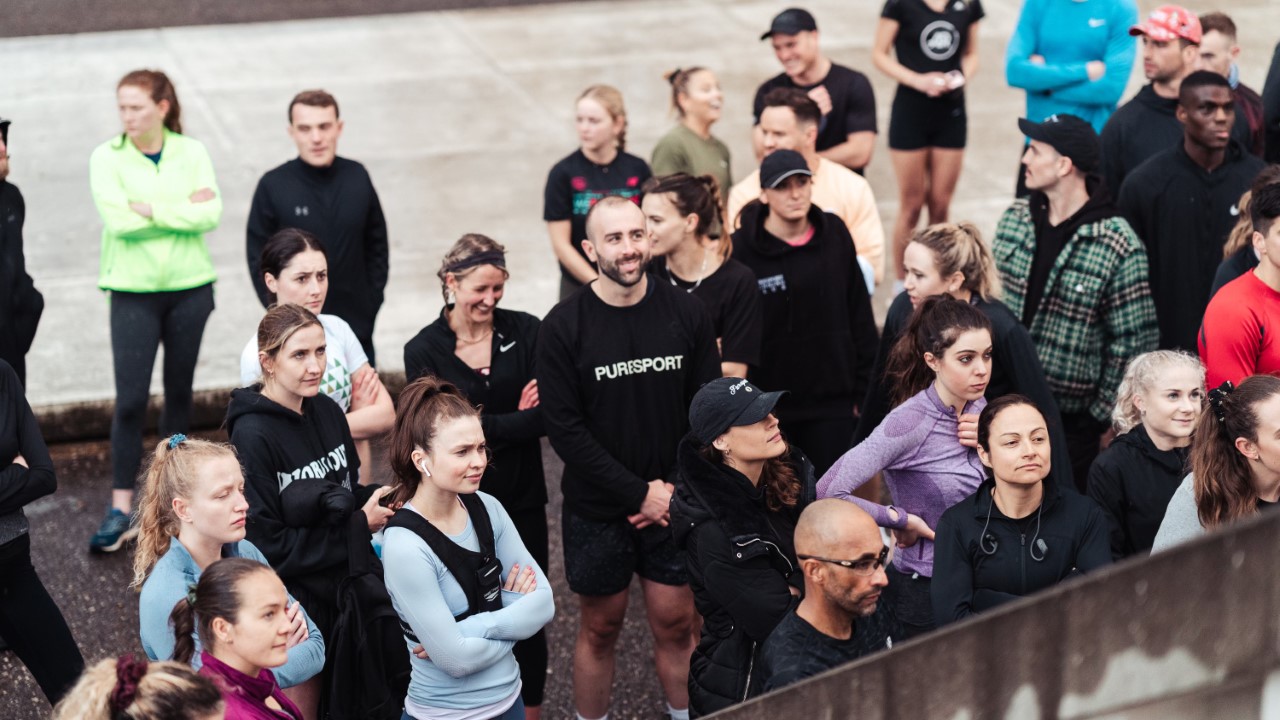 I was burnt out from years of trying to convince myself that if I endured a little longer, the sacrifice would be worth it. It was a slow, relentless form of burn out.

It was death by a thousand cuts.

After that panic attack at my desk, I didn’t want to share my struggles with my colleagues, or make a fuss but I was able to speak to my doctor the same day.

I was subsequently signed off work for seven months for panic, depression, anxiety, low mood and stress.

I felt terrible, as though I’d let everybody down; my colleagues, my family, myself. I just felt ashamed that I didn’t have the strength to handle it all, and get through it.

Being signed off work was like being lost in fog, not knowing where you’re going and I spent seven months trying to find reasons to stay alive.

I had good days and bad days. Productive days and days where I could barely do the dishes. It felt as though this was the beginning of the end of my life, my career and my mental health.

I felt ashamed at the fact I hadn’t been strong enough to make it in my profession, I felt empty at what the rest of my life had in store. I truly didn’t want to be alive anymore.

There is this misplaced belief that your job is your identity – especially in fields like law, finance, and accountancy.

You constantly feel as though your value is linked to your job and success in that job. It’s safe to say that the relationship I had with myself was terrible.

I knew that if I was truly going to recover I had to cut ties with my life as an accountant, and move towards the future, rather than remain stuck in the past.

I started speaking to therapists and a career coach to better understand who I was and what was important to me. That journey and process allowed me to move towards a life that was more authentic and ultimately much truer to me.

I also began exercising for something to do while off work.

I’ve always enjoyed being fit and active but Covid made that incredibly difficult and I, like so many others, was forced into doing home workouts to try and stay fit during lockdown.

This served a purpose but I never truly got the opportunity to switch off during these circuits.

Then, last June, I discovered the Puresport Run Club, a London-based community set up by wellness brand Puresport after hearing about it through word of mouth.

The club welcomed runners of all abilities and was local to me, so I decided to turn up to one of the meets.

Still, I was terrified about turning up alone. I got to Battersea Park and had a panic attack. It took me a few minutes to get my breathing under control and for some unknown reason I still went.

It was an incredible celebration of community, movement and connection and I left feeling an overwhelming sense of joy – something that is hard to experience when you are going through depression.

After the first session, I instantly felt more connected to people. I can’t quite put my finger on what it was, other than this infectious positive energy.

The barriers that I’d put up seemed to come down almost immediately, making way for conversations with meaning, with people I’d never met.

The ability to connect with others was profound, but make no mistake, the ability to sweat and move my body played an equal part in improving my mental health.

I kept turning up, meeting new people, sharing stories while learning theirs and became part of this wonderful community. I was able to share my experiences and struggles and was met with care and compassion.

I learnt that meaningful human connection was central to what I needed in my life. It was something I’d been lacking, and this experience helped me to open up and find this with others.

I knew I wanted to work in a field where I could feel that every day. I wanted to be a force for good.

I wanted to move away from an office job, where I’d felt anxious, stressed and lonely, towards a job that gave me meaning.

Since September 2021, I’ve been training as a CrossFit coach and it’s the best decision I’ve ever made. In my role I can set my own hours, I get to interact with people throughout the day, and I know I’m helping to change lives – including my own.

Men aren’t often equipped to discuss their struggles and dark thoughts. It’s part of the reason why suicide is the single biggest killer of men under 45 and that on average 84 men a week die by suicide.

That’s why I decided to raise awareness for suicide prevention by running 84km a week – one kilometer for every man lost to suicide each week – for a whole year. I’m raising money for a charity called Big Moose, which provides early intervention therapy to anyone who needs it.

I nearly added to that number, but I was fortunate enough to have the support of my family and friends and get the help I needed.

I started January 1 and it’s been tough for so many reasons. I didn’t, and still don’t, know if my body can handle the physical demands and there have been days where I’m so sore that I wonder if I’ll make it.

There have been days when it’s cold, wet, my body aches, my mind is exhausted, and yet I have to find a way to get it done.

As I write this, I’ve just crossed over 1,600km for the year and I’m still chipping away at it.

I would love to live in a world where men and women are equipped to talk about their struggles and demons – without facing stigma or suppressing those feelings.

I know that I could have been a statistic and I want to make sure that I do what I can to prevent that happening to others.

I want men to not suffer in silence, to get help, to believe that they still have something to offer the world.

I want them to know that vulnerability is the opposite of weakness.

You can find out more about the PureSport Run Club here