Many queer people will tell you that coming out to parents can be a terrifying, albeit an important, rite of passage.

But with my mum, I missed coming out.

It was a complication of timings – when I was ready to be open at 19, it had been over a year since we’d last had contact.

As of September, it will be a decade since I last saw my mum. It was through my own volition that I decided to end the relationship, after years of feeling manipulated, humiliated and bullied – desperately, maybe cowardly, over a painstakingly-crafted text.

Since then, I’ve had to live the first decade of my adult life without her at milestones, including coming out.

But that’s not to say she didn’t guess or – worse – presume. Four years after our final meeting, I received a letter. Well, I received an email; my dad received one copy and my paternal grandparents another.

Among other things, my mum wrote ‘there is no issue here with your sexuality’.

Without the traumatic background, this would be a positive comment.

I had to dig through journals to recall what I thought at the time.

‘Untactfully broaching my sexuality, which I had never spoken to her about! And she had no right to bring it up’ were my exact words.

For her to presume my sexuality after years of zero contact felt like she was stealing my chance to come out on my terms, should I ever want to.

Like the hundreds of people I’ve crossed paths with, my own mother was making assumptions based on stereotypes: my lack of athleticism, my love of a good musical. As I said, I’d never discussed my sexuality with her.

Assumptions, however correct, do not equal coming out.

To celebrate 50 years of Pride, Metro.co.uk has teamed up with Kyiv Pride to raise money for their important work in Ukraine.

Despite war raging around them, Kyiv Pride continue to help LGBTQ+ people, offering those in need shelter, food and psychological support.

We will be splitting the funds with akt, a charity dedicated to supporting young homeless LGBTQ+ people.

You can donate here

Just as my estrangement means I’m missing a person in my life, my lack of coming out to my mum means I am missing out on a crucial queer moment.

But because of our history, I can’t tell, can’t decide, who’s really missing out: me or mum?

Truthfully, I miss having a mother sometimes, but not her. Someone to balance out the family photos; someone else to be on my side; someone to share parts of me that even my closest family don’t get; someone else to read tarot cards and horoscopes with.

Really, coming out to my mum is another item in a long chronicle of milestones she’s missed out on, milestones that I’ve outsourced to other supportive loving women.

My godmother came to my graduation; I celebrated my first printed article with my flatmate; I first came out to one of my closest friends.

Whenever I’ve had life-affirming queer moments, there’s been someone there, so loving and present that my mum is hardly a spectre hanging over me.

Telling my mum that I’m gay could’ve been the snowflake that started the avalanche, the open door that could’ve ushered us both into an adult relationship. 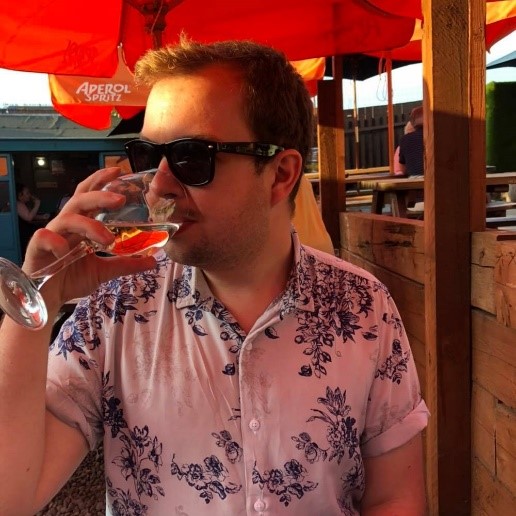 Maybe if I’d had the chance to come out to her, we’d have been more honest and open with each other. The truth – on both sides – had been a somewhat alien concept in our relationship.

My coming out is interwoven with my confidence and other aspects of my adult life, including my queer interests and writing: none of which my mum has ever known.

They are not the same as coming out, but they’re parts of my life that branched off from this experience. It’s not just my sexuality she’s missing, but entire fragments of my life and character.

In an official family court statement, my mum said that I was ‘overweight, eccentric, and find it hard to make friends’. Coming out and the falling dominoes that came after this might’ve proven her wrong.

The greater grief is – or should be – on her part.

My fully-formed rainbow-coloured ‘plank’ is a part of me she’ll never know. How terrible it must be – I imagine – for a parent to not know their child, fully and completely.

Perhaps spitefully, maybe my mum missing my coming out is karmic comeuppance. No longer truly knowing me and not being a part of her son’s best gay life, is the albatross round her neck, her mark of Cain, a burden she carries with her.

She is missing my gay pride, happiness, love and life, like being sent to bed without supper. With no present chance of reconciliation, there’s no hope for an end to her punishment.

Whenever someone asks about my mum – her absence noticeable – I describe it as a scar: it hurt at the time, but now it’s just there, existing, something I have to explain.

Through her actions, she missed my coming out, and continues to miss my best gay self.

Part anger, part pity, I feel no less for not coming out to her. But what a shame for her.

This series aims to offer a nuanced look at familial estrangement.

Estrangement is not a one-size-fits-all situation, and we want to give voice to those who’ve been through it themselves.

And we’ve got some great names on board to help us, too. From a list of famous guest editors taking over the site for a week that includes Rob Rinder, Nicola Adams, Peter Tatchell, Kimberly Hart-Simpson, John Whaite, Anna Richardson and Dr Ranj, as well as the likes of Sir Ian McKellen and Drag Race stars The Vivienne, Lawrence Chaney and Tia Kofi offering their insights.