I don't feel guilty for lying to my kids about Santa 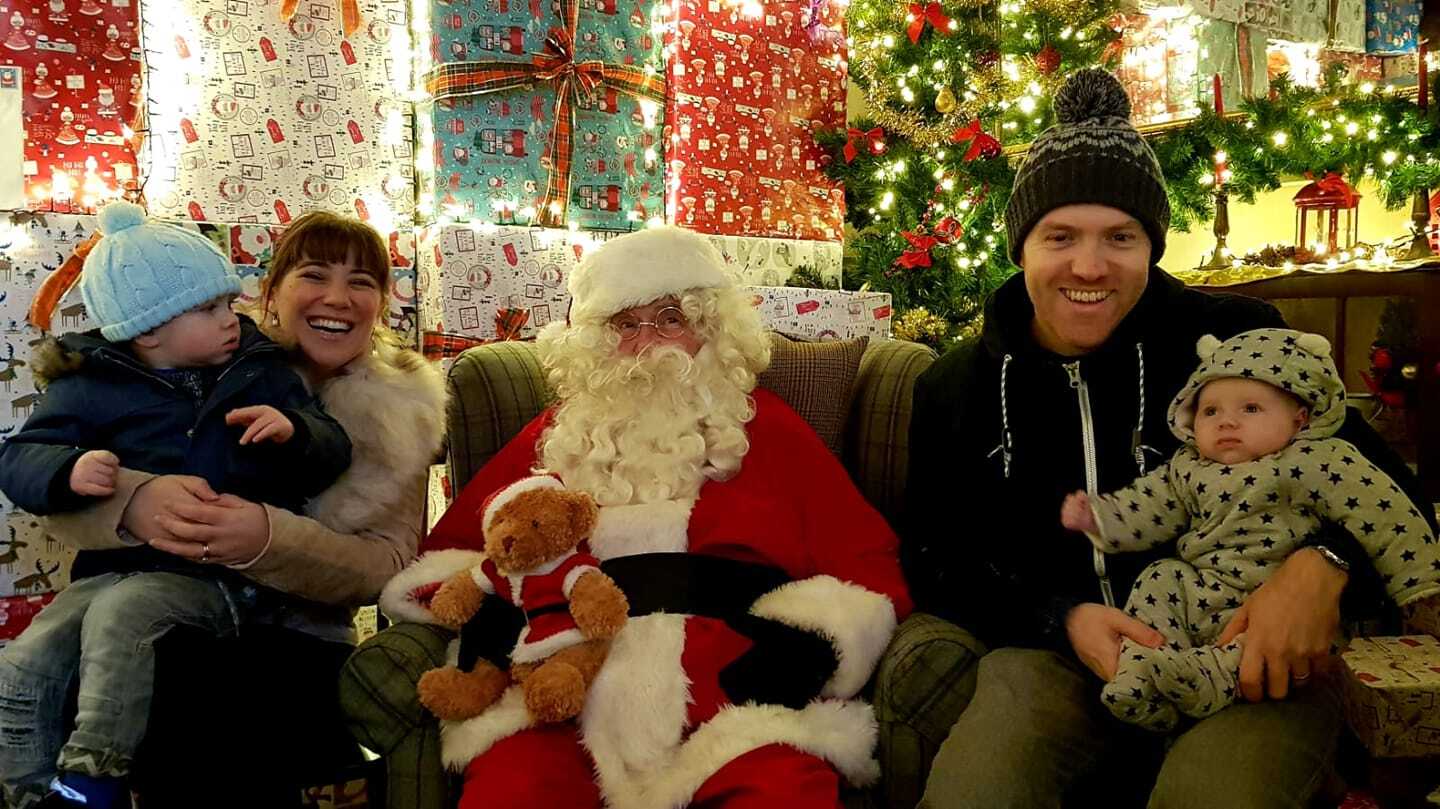 Honesty is the best policy. It’s a pretty simple idea, isn’t it?

But it’s a good one. Telling the truth is generally the right thing to do, and that’s why my husband Tom and I have adopted it as an important part of our parenting technique.

‘The injection is going to sting but just for a second.’

‘That part of your body is called your vagina.’

‘No, we’re not nearly there, we don’t get off the train for another hour and a half.’

However, when it comes to kids, being honest isn’t always as easy as it sounds, especially when they’re as young as mine, aged five and three.

There are definitely times where it would be easier to sugar-coat a situation by fibbing just a little bit.

The Queen dying, for example. Wanting to pay our respects, Tom and I had the funeral on the television but, having never experienced death before, Theo and Immy were baffled.

‘So where *is* the Queen?’ T asked, his face crumpled in confusion. ‘

She’s in the back of that big car, in the coffin,’ we explained. ‘But when will she get up?’ Immy chimed in.

We did our best to explain that she wasn’t just asleep and wouldn’t be getting up, and that although some people believe in Heaven, we weren’t sure where she was now.

It wasn’t an easy thing to talk about – or indeed a pleasant one. But we felt that explaining death – in a simple, age-appropriate way – was the best thing to do, for many reasons. Not least, because we want our children to trust us.

However, there is one occasion when Tom and I happily break our honestly-only rule and deliberately lie to our children.

We look them in the eye and tell them, with a straight face, with no blinking or crossing fingers, that on Christmas Eve, Santa Claus will be setting off on his sleigh from his home in the North Pole to deliver presents to all of the girls and boys.

Of course, I know it’s not true. I wish Santa was around to shoulder some of the additional burden that Christmas brings but alas, he is not.

But that won’t stop me swearing blind he is.

There is precious little magic in this world, and children are so young for such a short amount of time

Now, I know some parents can’t understand why anyone would tell their children such an obvious untruth and instead let their little ones know from the get-go that Father Christmas is a mere myth.

Others worry that saying he is real sets children up for a huge disappointment when they inevitably Find Out.

I get that. In theory.

In practice, I am firmly on the other side of the fence.

For many people, Christmas is a time of excitement, of anticipation, of mystery.

It’s a time when some spend time reflecting on their religion and celebrating their beliefs.

For others, it can be a time when families and loved ones, usually rushing out of the door this way and that, get to spend time together, to talk and laugh and play.

It’s about so much more than just presents – but undeniably, when you’re a small child, the presents are pretty important. Along with your birthday, it’s the one time most of us are guaranteed a gift or two.

And, for me, telling the children that Santa will be bringing them makes the whole event that little bit more special.

I love the traditions of laying out a mince pie and glass of milk for Father Christmas and a carrot for the reindeers.

I love seeing them gasp when Tom jingles a bell from outside the door when they’re in the bath and they think he’s passing by overhead.

I love their faces when they wake up on Christmas morning and are simply bursting to go downstairs.

There is precious little magic in this world, and children are so young for such a short amount of time.

As their mum, I want to be the person who creates that enchantment for them, not the one who takes it away.

That’s not to say we don’t, to some extent, implement our policy of explaining the realities of the world.

We explain that Santa makes every child one gift, and any others are from the mummys and daddys, delivered by the man himself on Christmas Day.

We also make sure they know that some people can’t afford a lot of presents, which is why we always pick a couple of extra toys and games to donate along with the food we give to the food bank.

But beyond that important lesson, it’s festive fibbing all the way.

Will they berate me for telling them a little white lie when they’re older? I hope not.

I can’t remember the exact age I was when I discovered Santa Claus wasn’t real – I think it was more of a gradual dawning of realisation over the years that actually, maybe it wasn’t possible for one man to get round the whole world in one night, no matter how hard his reindeer worked.

The fact that my memory is so hazy just confirms it didn’t devastate me, ruin Christmas, or make me hate my mam and dad and never trust a word that came out of their mouths again.

No, in fact, I appreciated even more everything my parents did – and still do now – to make the season as special as it was.

Hopefully, this will be the case when my two little ones make the same discovery.

I’m sure this is the one little white lie that really won’t hurt anyone, and I’ll treasure it as long as I can.