IT'S not Christmas without a festive turkey sandwich or two, but Costa's seasonal menu offers much more.

We tried the coffee shop's toasties and sweet treats, along with it's new Quality Street flavour latte. 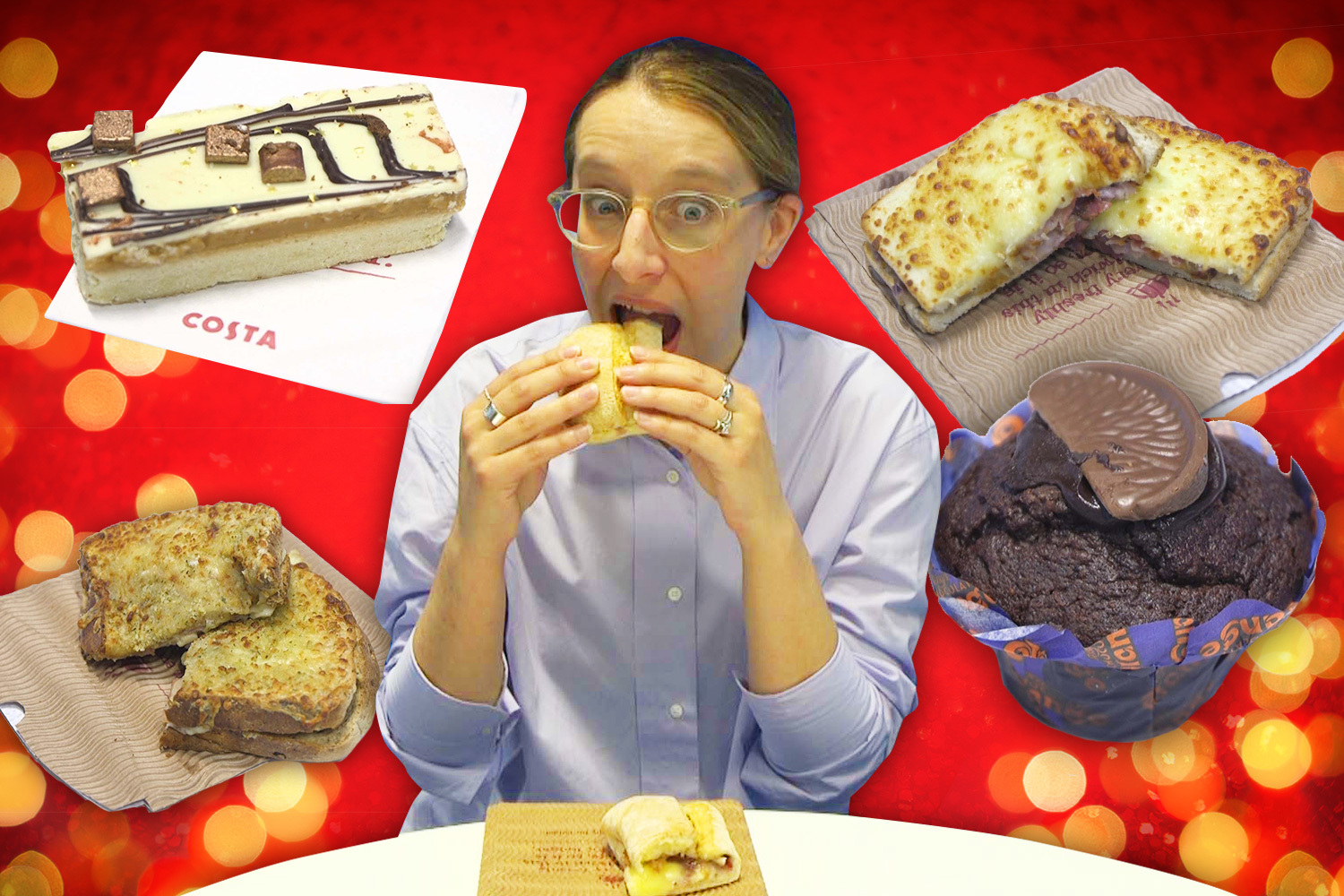 Costa's Christmas menu 2021 launched on November 3 and is widely available at it's more than 2,700 locations.

I really wanted to give one menu item in particular a go that's new for this year: the bacon mac and cheese toastie.

After checking on the Costa app what I could order for click and collect from my nearest branch, I was worried I was out of luck.

It wasn't listed as available at any cafes nearby, but I took a chance popping into one next door to me, and there it was on the shelf, a Christmas miracle.

It lived up to my expectations, but as a lover of pigs in blankets, Costa's version in a panini did not warm me up.

And it was actually a Christmas classic that came out on top.

Unfortunately there were some new Christmas menu items that we couldn't get in out local Costa, like the Rocky Road with Aero® Peppermint Bubbles.

But with two toasties, two paninis, two sweet treats and a new latte lined up, I had plenty to tuck into. Here's how I got on…

Turkey and the trimmings toastie – £4.25 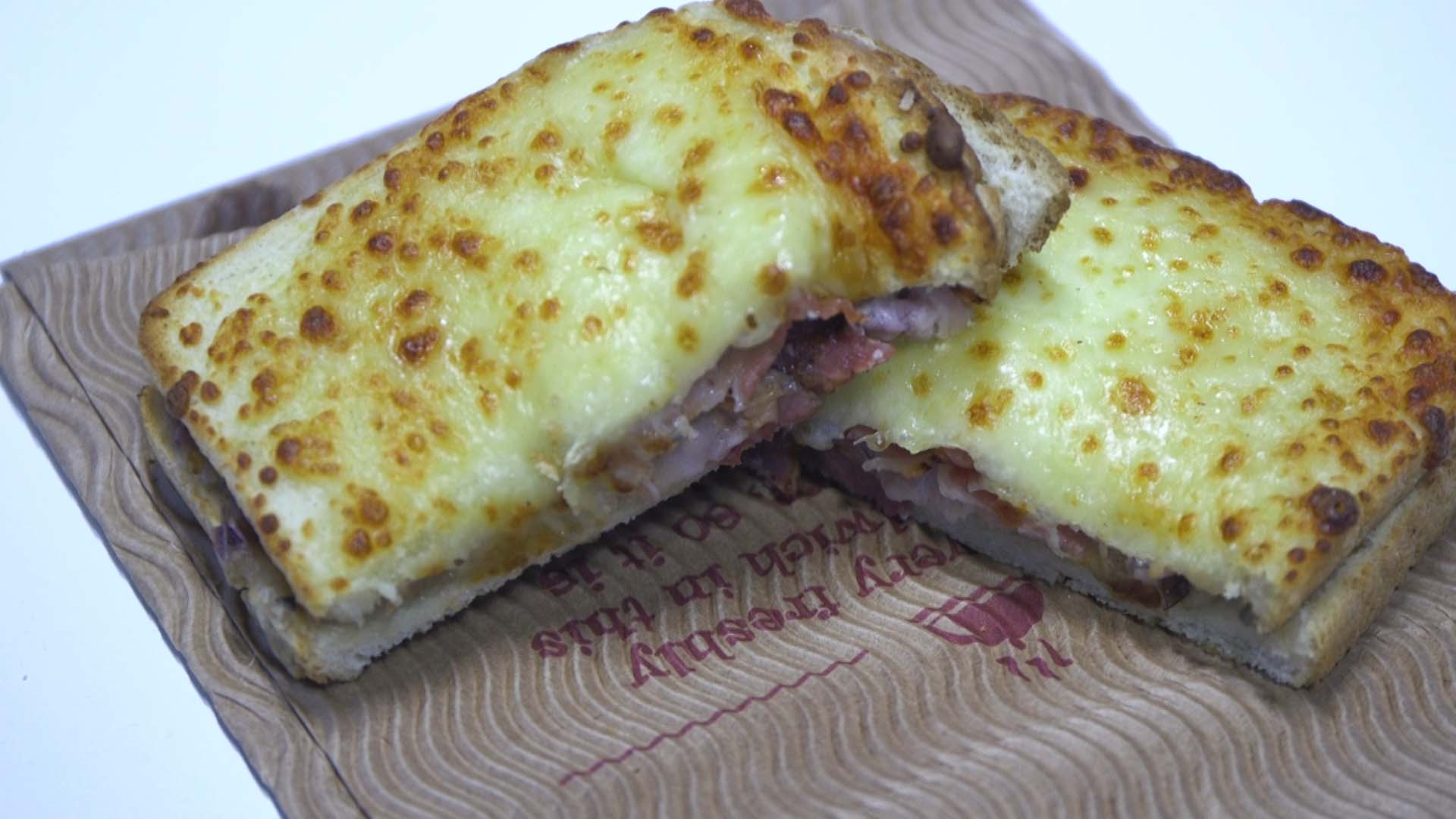 A toasted version of the traditional Turkey sandwich was the most festive of all Costa's savoury line up and scored top points.

There was an instant taste of turkey and stuffing that transported me straight to Christmas day dinner – a bit of a surprise for such a traditional item.

But I think this was down to it being warm, where usually turkey sandwiches you buy in cafes and supermarkets are cold.

There was a decent amount of filling and cranberry sauce too, which meant it wasn't dry – always a risk with turkey.

The crispy top was a nice extra and I would definitely choose this warm version over the usual Xmas lunch sarnie. 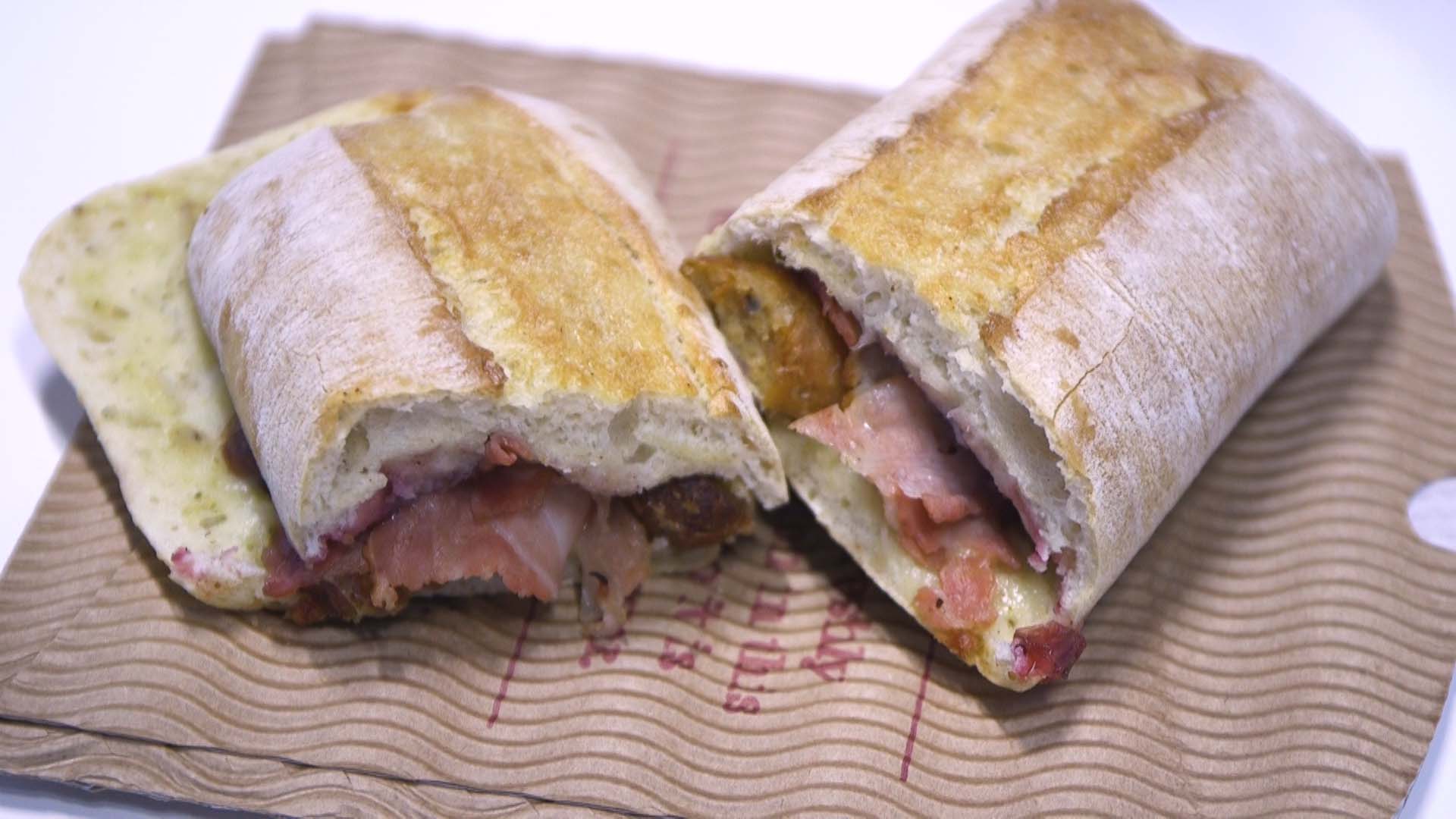 I've been known to cook 100 pigs in blankets for two people on Christmas Day -that's how much I love them, hot or cold.

In theory this was a very festive dish, but in reality, it tasted like an everyday breakfast bap.

There was no sauce either, and it could have benefited from some cranberry to make it taste more festive. 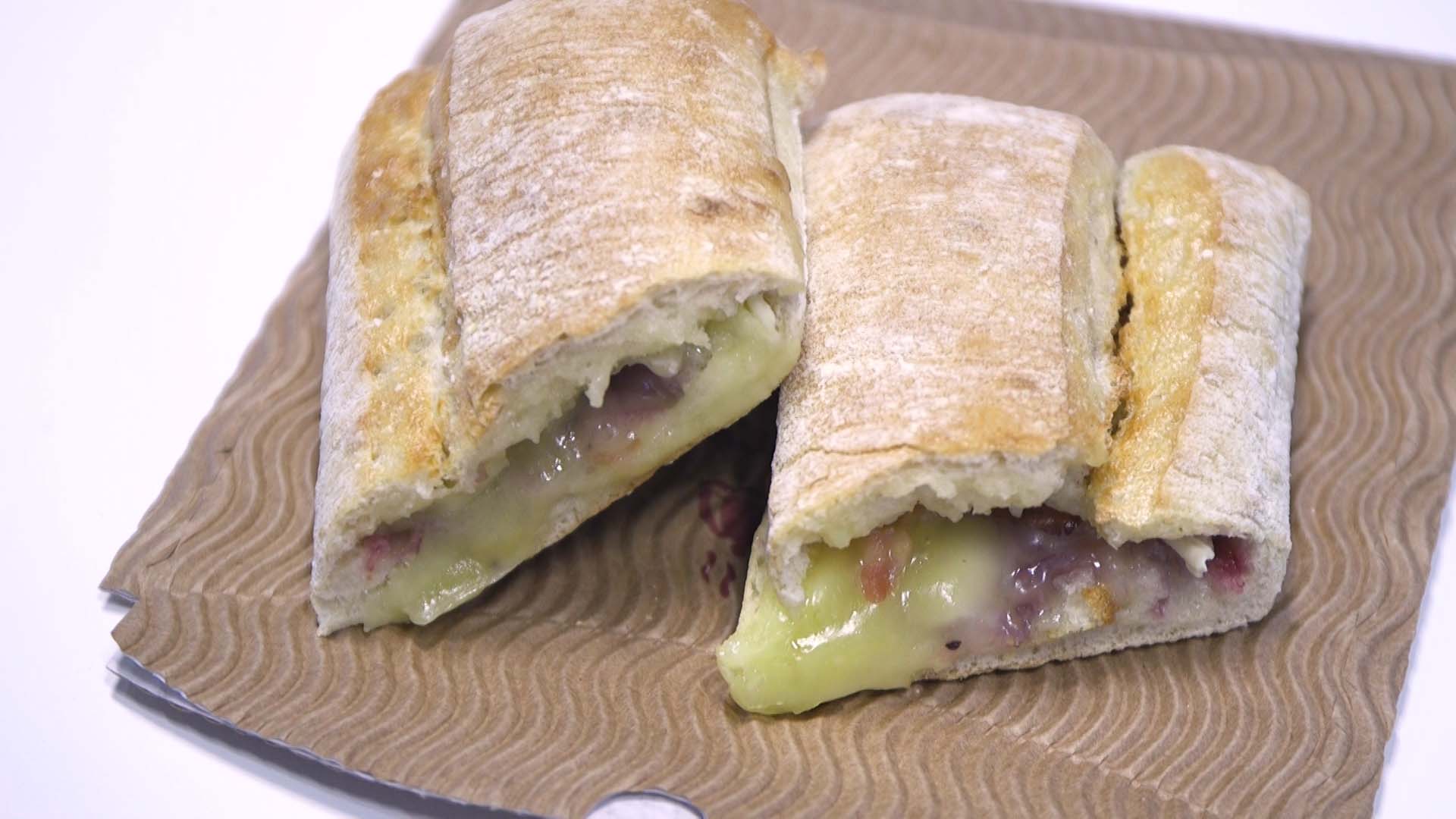 Another classic festive flavour, the maple bacon, brie and cranberry was a much nicer tasting panini.

I didn't particularly get any maple flavour, just normal bacon, but the melted brie was very cheesy and a perfect combo with the cranberry sauce.

Oozing cheese combined with festive cranberry is perfectly indulgent for the season. 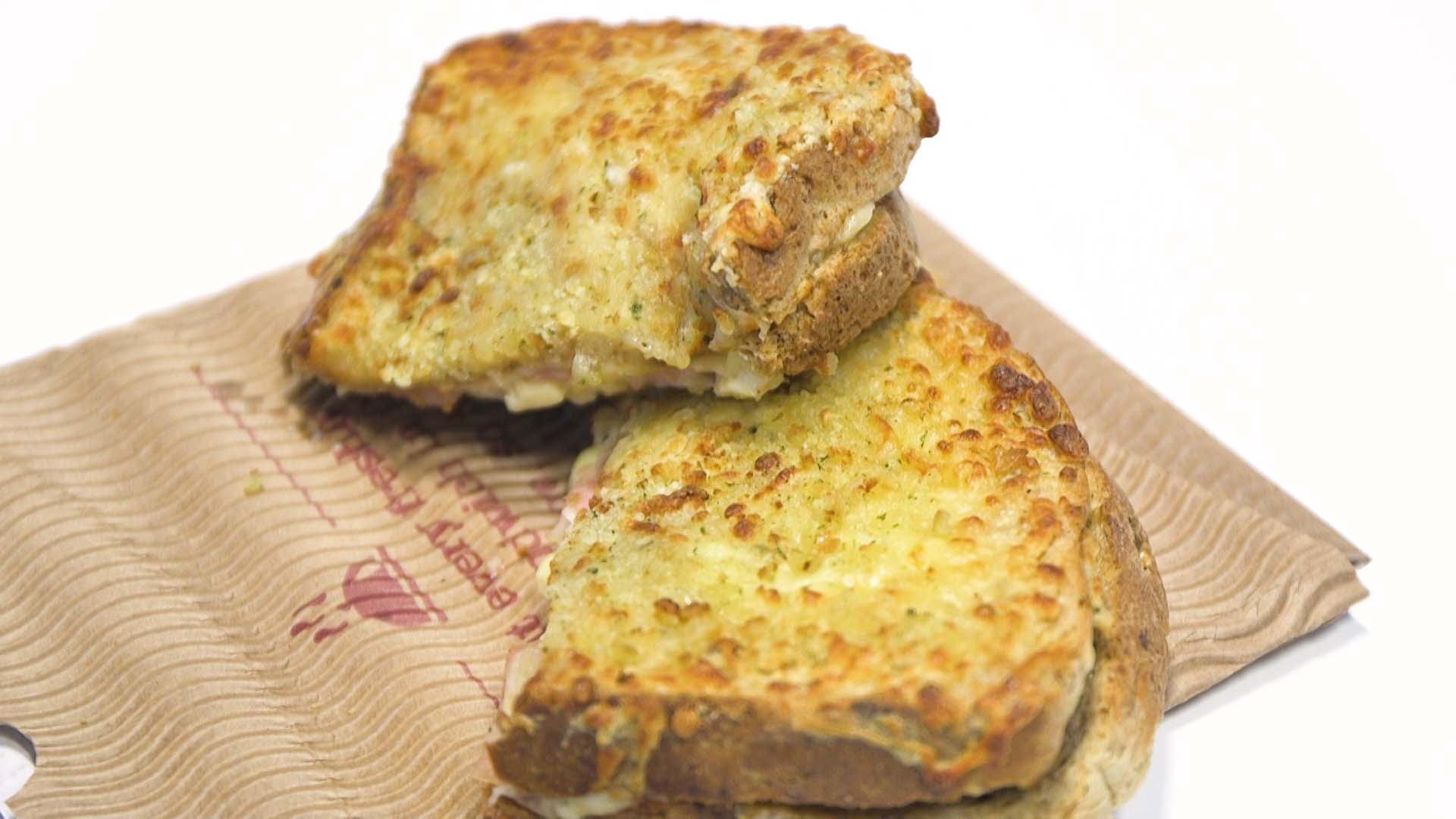 Although this is on the Christmas menu at Costa, it isn't especially festive and could be mistaken for a year-round product, so scored low for this category.

Apart from that, I really enjoyed the carbs-on-carbs combo and there was a decent amount of bacon in there too.

This was pricier than the other festive toastie and paninis by 50p, but I didn't feel like I got anything extra on top for the money. 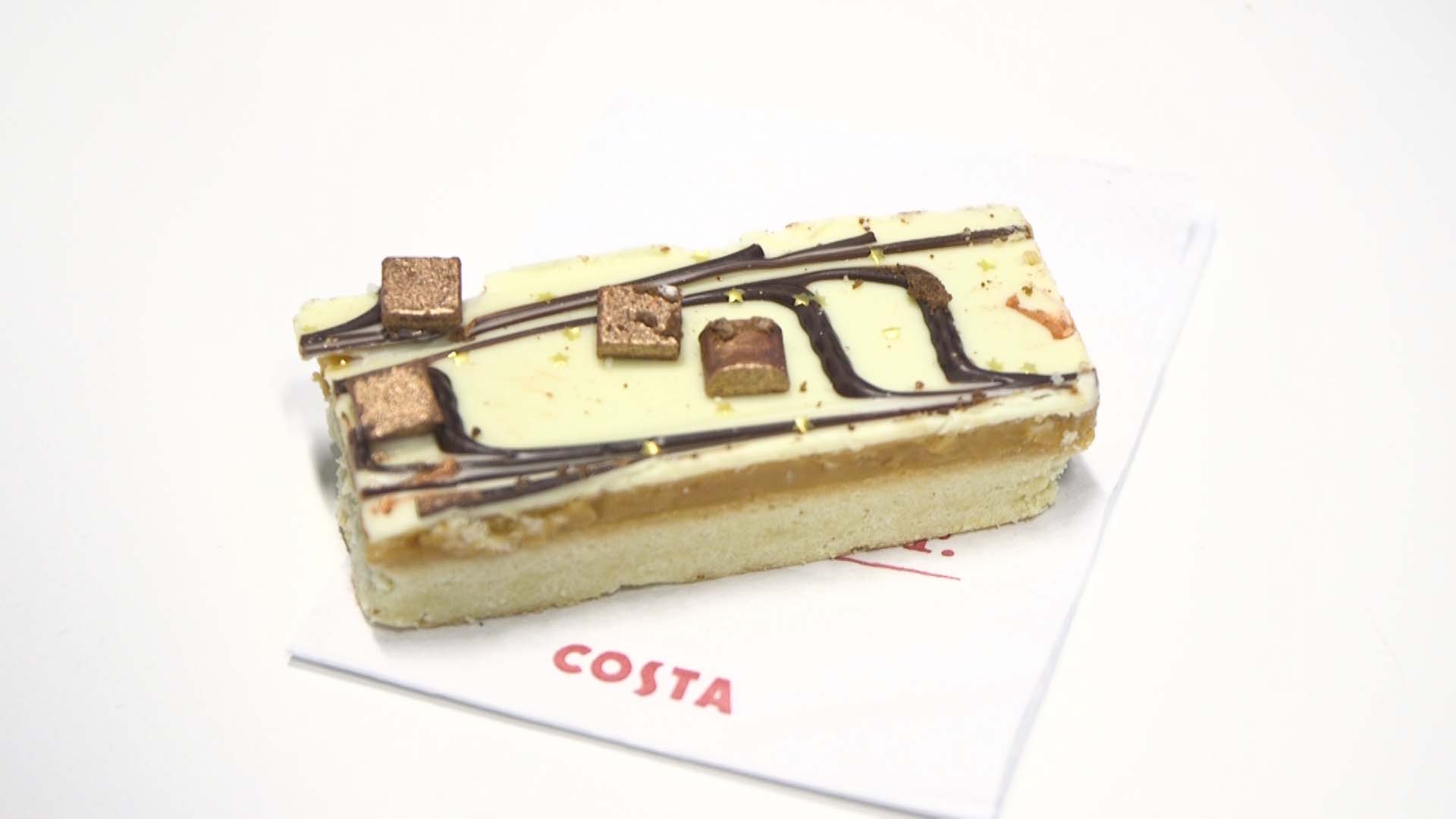 The golden decorations on this slice added an extra bit of festive sparkle.

But for me, it had an unusual flavour I couldn't put my finger on – I think it was the white chocolate?

The slice tasted super sweet and very rich, but I don't think it would be everyone's cup of tea – it certainly wasn't mine. 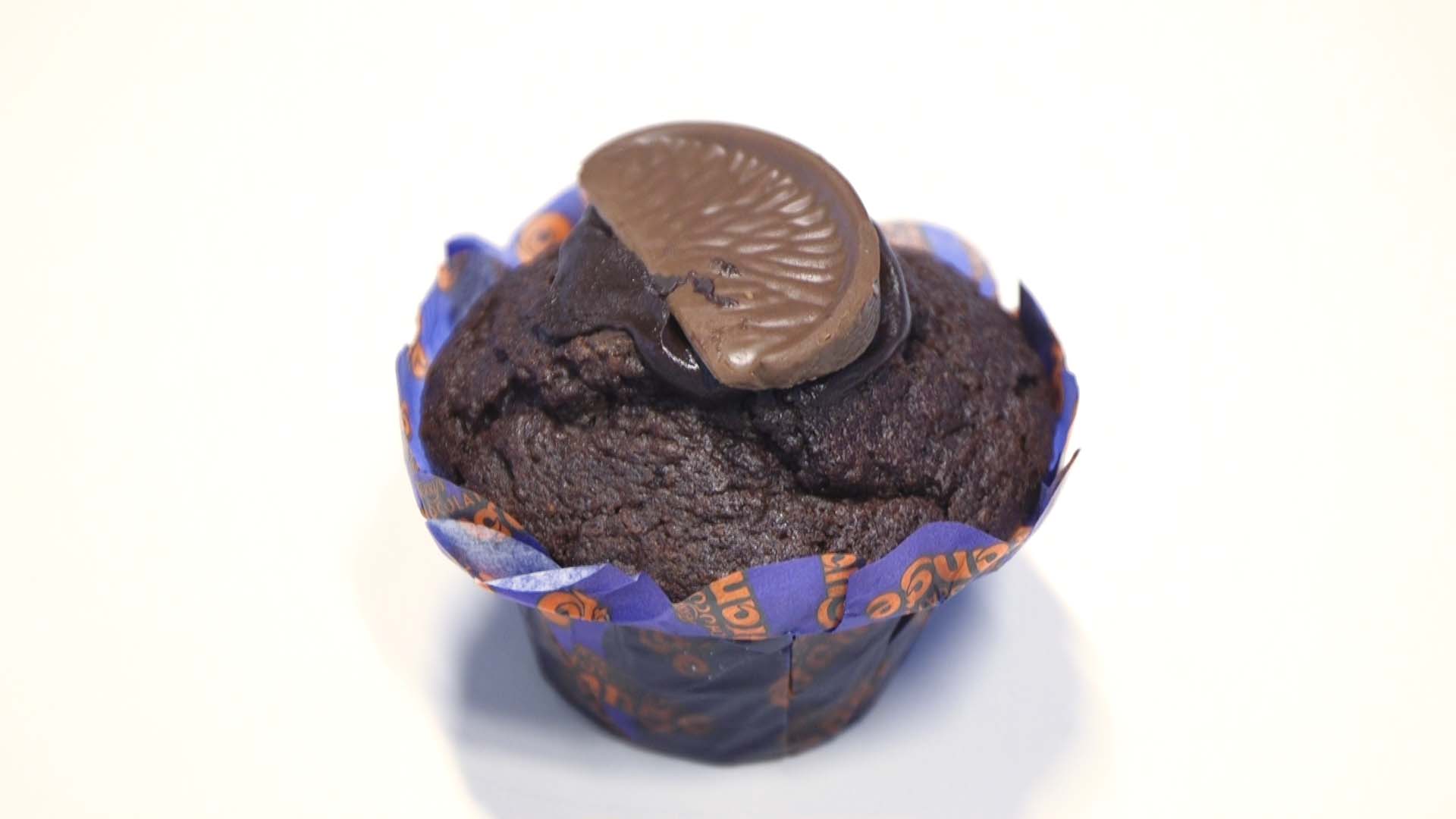 This was a decent chocolate muffin, not super moist but not dry either.

You can't get much more festive than a Terry's Chocolate Orange at this time of year either.

The muffin itself has orange flavour throughout and a slice of the classic choc on top.

But since you can buy a whole chocolate orange for as little as 75p, this muffin is not exactly value for money. 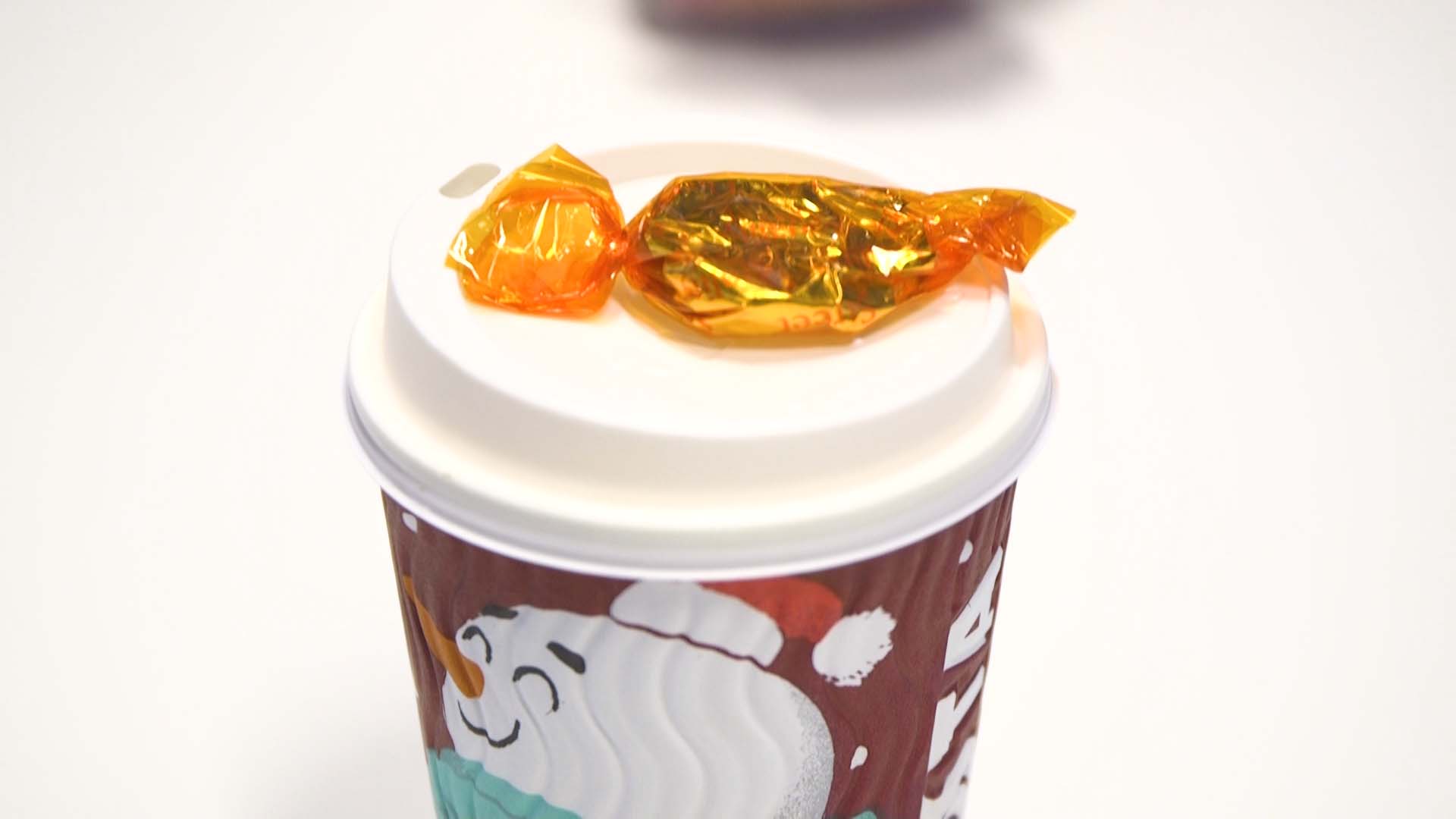 This was a surprise, as I expected Costa's Christmas latte to taste just like any other coffee with caramel or vanilla syrup.

But the subtle flavour did taste just like a Quality Street's toffee penny and it wasn't too sickly sweet.

You even get one of the sweets on top too. It's spot on for the season, and it's a new flavour, joining the returning latte flavoured like Quality Streets' the purple one.

I went for a dairy-free version with soya milk – but the extra whipped cream would make a tasty extra treat on top if you go for that.