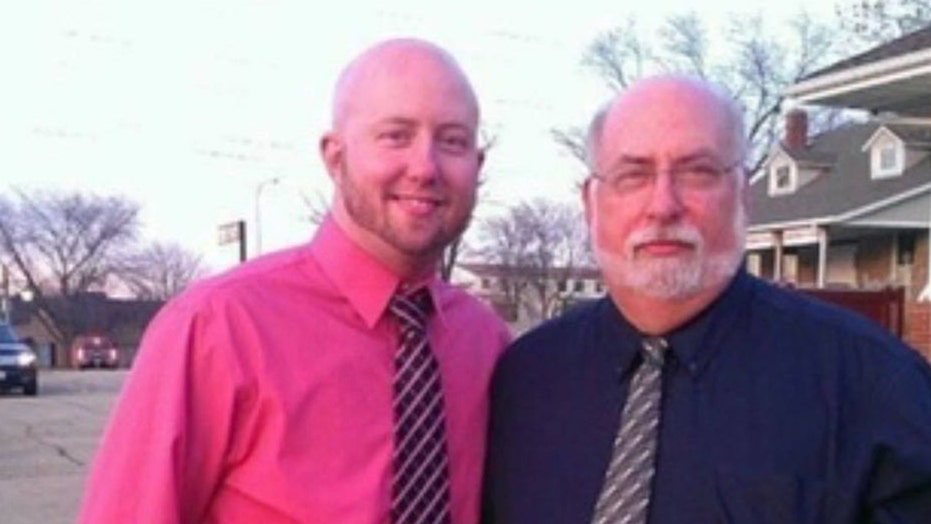 John Hinkle Sr. never bowled a perfect game while he was alive.

His son changed that last week when he scored a perfect 300 using a bowling ball with John Hinkle Sr.’s ashes inside.

“I had tears in my eyes trying to throw the last two balls of that game,” John Jr., 38, of Peoria, Illinois, told Fox News.

“It was hard for me to hold it together because I was so close to doing what I set out to do and all my emotions were really hitting me, trying to throw the ball,” he said. “That last ball I threw, I had no idea where it went. I just threw it and it struck.”

The son posted a video on Facebook showing the moment he threw the 12th frame.

“I can’t express what tonight means to me,” he captioned the video, in part. “I just bowled a 300 with my ball I put my Dad’s ashes in. He never had a perfect game until NOW.”

In the clip, he throws the ball, records a strike and steps away in tears as onlookers cheer.

“I got down to the ground and I cried,” John told Fox of the moment. “And my brother was right there to pick me up, and we hugged it out and he cried, I cried. I was an emotional wreck.”

“I’ve been bowling for 34 years now and this is obviously the best moment ever,” he added. 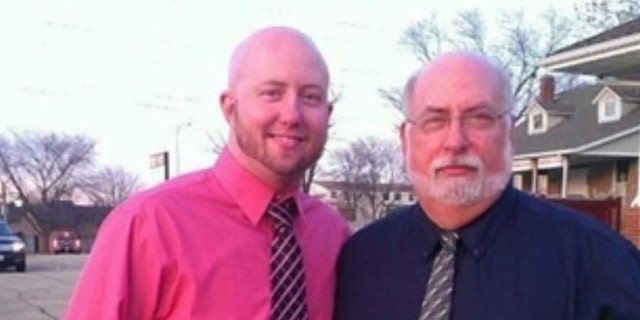 John’s dad (right), introduced John (left) to bowling when John was about 4 years old. Though he bowled a lot, he never threw a perfect game while he was alive.
(Courtesy of John Hinkle)

Their parents introduced John and his twin brother Joe to bowling when they were about 4 years old. Almost every weekend, the family went to the bowling alley — John even has memories of falling asleep there while he and his brother waited for their parents’ matches to finish.

John Sr. died in 2016. A few years later,  John Jr. decided he wanted to try to put some of his dad’s ashes into the thumb hole of one of his bowling balls. At the time, the United States Bowling Congress (USBC) decided to require thumb holes to be filled for people who bowl with two hands — which John does.

“I knew I was going to have to get some of my bowling balls filled,” John recalled. “So I said it’d be a perfect time to do that.”

He asked around, but no one was willing to help him — until December last year. One of his friends opened her own pro shop and agreed to give it a try. John says she got the ashes sealed into the ball perfectly on her first attempt.

Though the ball was finished in December, John waited until last Monday to use it. 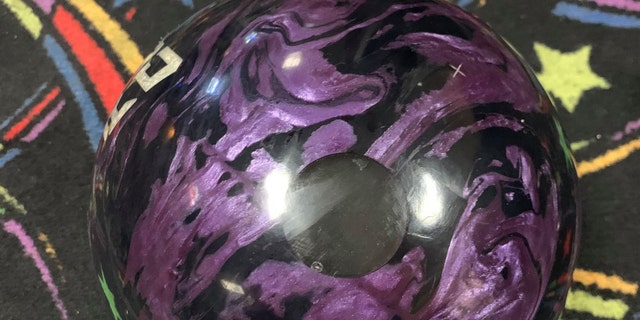 John Hinkle, Jr. filled the thumb hole of this bowling ball with his dad’s ashes.
(Courtesy of John Hinkle)

“I don’t like to try new stuff during league or tournaments, so I really haven’t had time to throw it,” he said. “And then Monday, the 12th, when I threw it, we had already won the league, so it was our last week of bowling and no one could catch us, so I was like, [it’s] the perfect time to try this ball out.”

Now that he’s given his dad the chance to bowl a perfect game, John plans to use the ball for a few more matches during an upcoming tournament of champions before retiring it to his trophy room.

a, Dads, illinois, man, puts
You may also like: