SITTING on a beach in the Maldives, Lindsay Lambert was enjoying the holiday of a lifetime, soaking up every blissful moment.

When a sore stomach threatened to ruin her fun, the then 54-year-old put it down to overindulging on the delicious food at the resort. 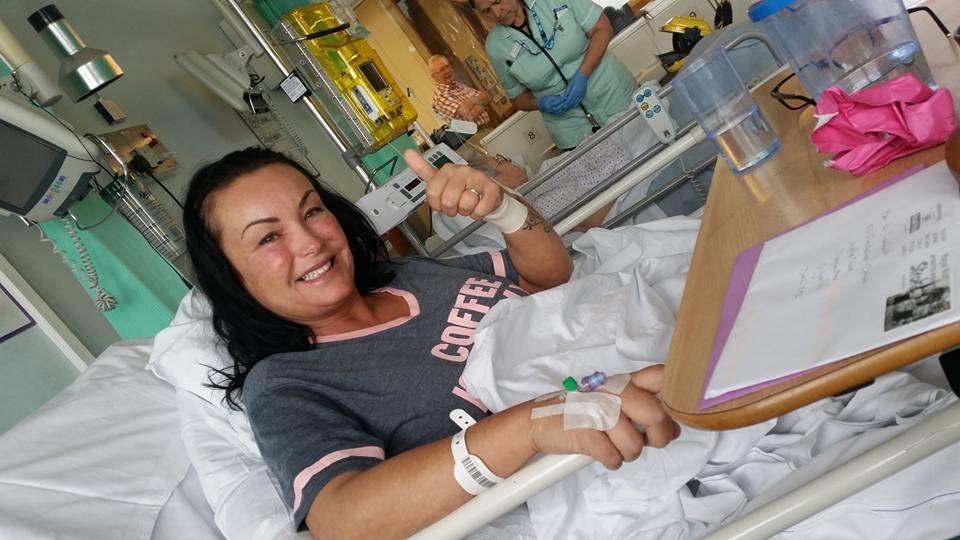 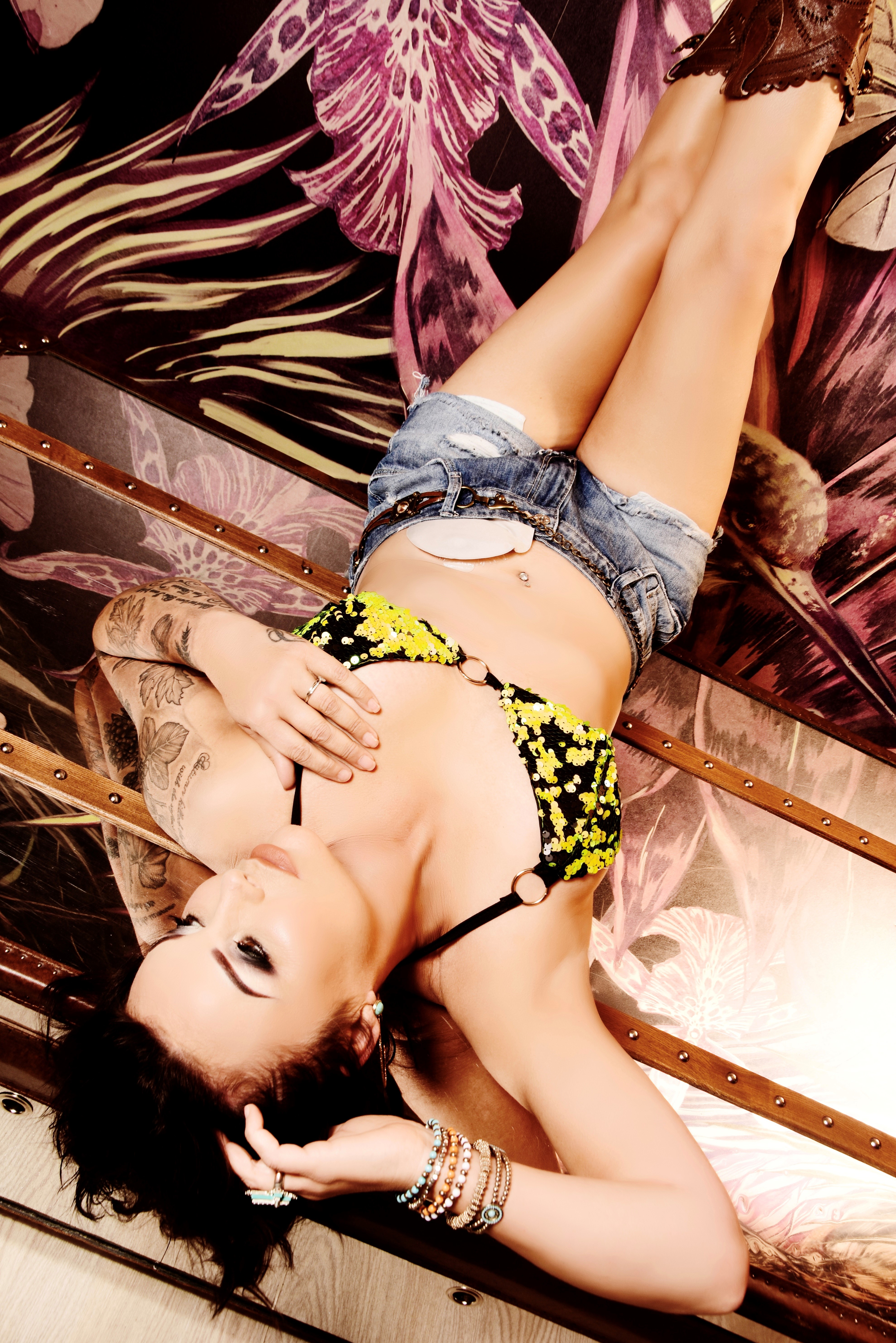 But, a sudden urge to rush to the loo left the mum-of-two terrified. After wiping, she noticed her stools were black.

“My heart was racing and I thought, 'that’s not normal' but I didn’t want to spoil our holiday,” she told The Sun.

Now, years on from her terrifying ordeal, Lindsay affectionately refers to her bum as a ‘Barbie butt’ after having bowel cancer surgery.

For the rest of her holiday, Lindsay put her shock to the back of her mind.

But when she and husband Kev, 58, returned home in April 2016, she noticed pain on the right side of her abdomen, and generally felt unwell.

The now 59-year-old, who worked as a permanent make-up trainer and technician, was determined to carry on.

Yet, days later on a shopping trip, her worst fears were realised.

“I ran into the toilet and just exploded, there was blood everywhere and I think I spent more time cleaning it up than I did actually on the toilet,” she said.

“We didn’t speak all the way home in the car and it was then that I knew it was something serious.”

In May 2016, Lindsay who has eight grandchildren, saw a doctor who suggested she was displaying the symptoms of bowel cancer.

It is the second deadliest form of the disease in the UK, but it can be cured if it’s caught early enough.

Early diagnosis saves lives and is why The Sun launched the No Time 2 Lose campaign in April 2018, calling on the Government to lower the screening age for the disease from 60 to 50.

For Lindsay, who was 54, screening wasn’t an option at the time.

Isn’t it enough that I had cancer, it feels like I'm being punished for my condition

In June 2016, she had a major operation called an abdominoperineal resection, which she explained meant “removing everything in the bottom area”.

She was given a stoma and told her cancer was stage 2.

“I had everything removed including my anus, rectum and lower bowel and then had my bottom sewn up to make a Barbie butt,” she said.

“I didn’t really understand what any of it meant, I didn’t know what a bag was or what a stoma was.

“The cancer had been low in my bottom which is why oncology wasn’t able to remove it. But luckily I didn’t have to have chemotherapy,” she added.

KNOW THE SIGNS: What are the red-flag signs of bowel cancer?

While screening is one way of ensuring early diagnosis, there are things everyone can do to reduce their risk of the deadly disease.

Being aware of the signs and symptoms of bowel cancer, spotting any changes and checking with your GP can prove a life-saver.

If you notice any of the signs, don't be embarrassed and don't ignore them. Doctors are used to seeing lots of patients with bowel problems.

Tumours in the bowel typically bleed, which can cause a shortage of red blood cells, known as anaemia. It can cause tiredness and sometimes breathlessness.

In some cases bowel cancer can block the bowel, this is known as a bowel obstruction.

No one wants to hear the words “it’s cancer” and Lindsay said a fear embroiled her when doctors delivered her diagnosis.

“I thought I was going to die. I was seriously ill and I just want to live.

"I have the biggest battle of my life. I am a survivor but it was a truly frightening diagnosis.

While Lindsay managed to beat cancer, she said there are still parts of the illness that she struggled to come to terms with.

Lindsay now wants to end the stigma around stomas and says it’s something no one should be ashamed of having.

“The hardest thing is finding clothes to wear”, she said.

“It sticks out all the time, whatever I wear, I either look frumpy or pregnant.

“It’s not just the clothes, sometimes people look at me funny for using a disabled toilet and it’s really not fair.

“Because it’s not visible, people tend to question me a lot and there have been times that I have had to show security guards the bag just to be able to go to the toilet – I even had to show it at the airport once.”

She said: “Isn’t it enough that I had cancer, it feels like I'm being punished for my condition”, she said.

“I suffer from leaks and feel unclean and conscious that I smell.”

Lindsay said Kev has been her rock throughout the battle and through the first coronavirus lockdown last year.

“My husband is amazing, it can be difficult being a lady and having to deal with this sort of thing and he is so supportive.”

She said that she calls her stoma her “bag for life”.

“Brits are so conservative, but having a poo shouldn’t be a taboo.

“It’s a natural thing and everyone does it, even the queen”, she said.

She added that she struggled during the lockdowns as if she and Kev went for a walk, every public toilet was closed.

“I had to change my bag in the back of a car or in a bush – the disabled toilets should have been left open and it’s things like that that really got my back up during that time.”

Seven months after Lindsay’s operation, Kev had a stroke on January 22 2017 – but that didn’t stop him taking care of his wife.

Lindsay said: “It’s been a tough time for us but we are alright. I’ve got the all clear now and it’s such a relief. It’s just strange as with every year that passes, the one reminder is the bag”.

Lindsay is now urging others to get their symptoms checked as soon as they can, as she says if she would have left it any longer she wouldn’t be alive today.

“The main thing to look out for is if your bowel habits change, don’t ignore it and get to the doctors.” 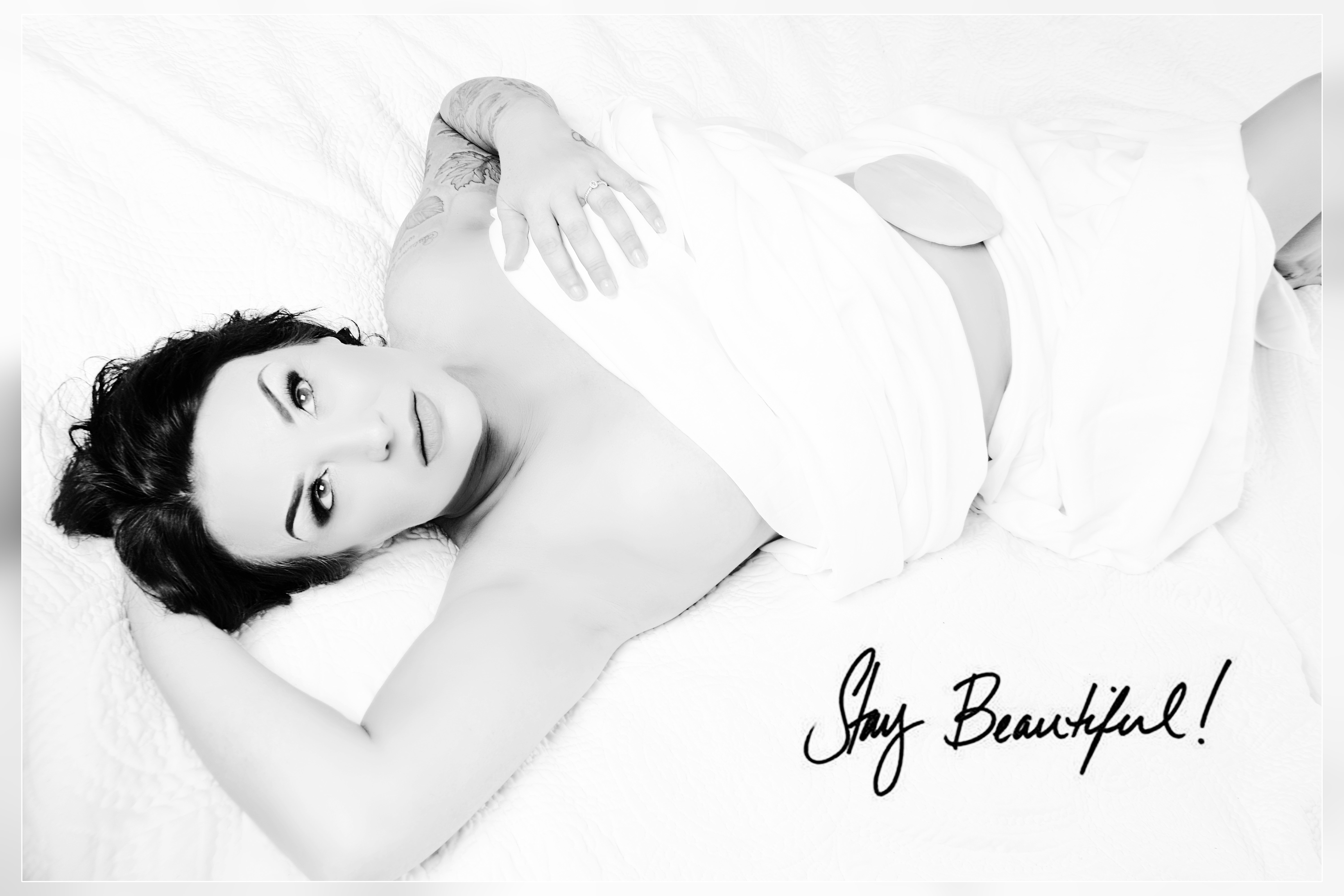 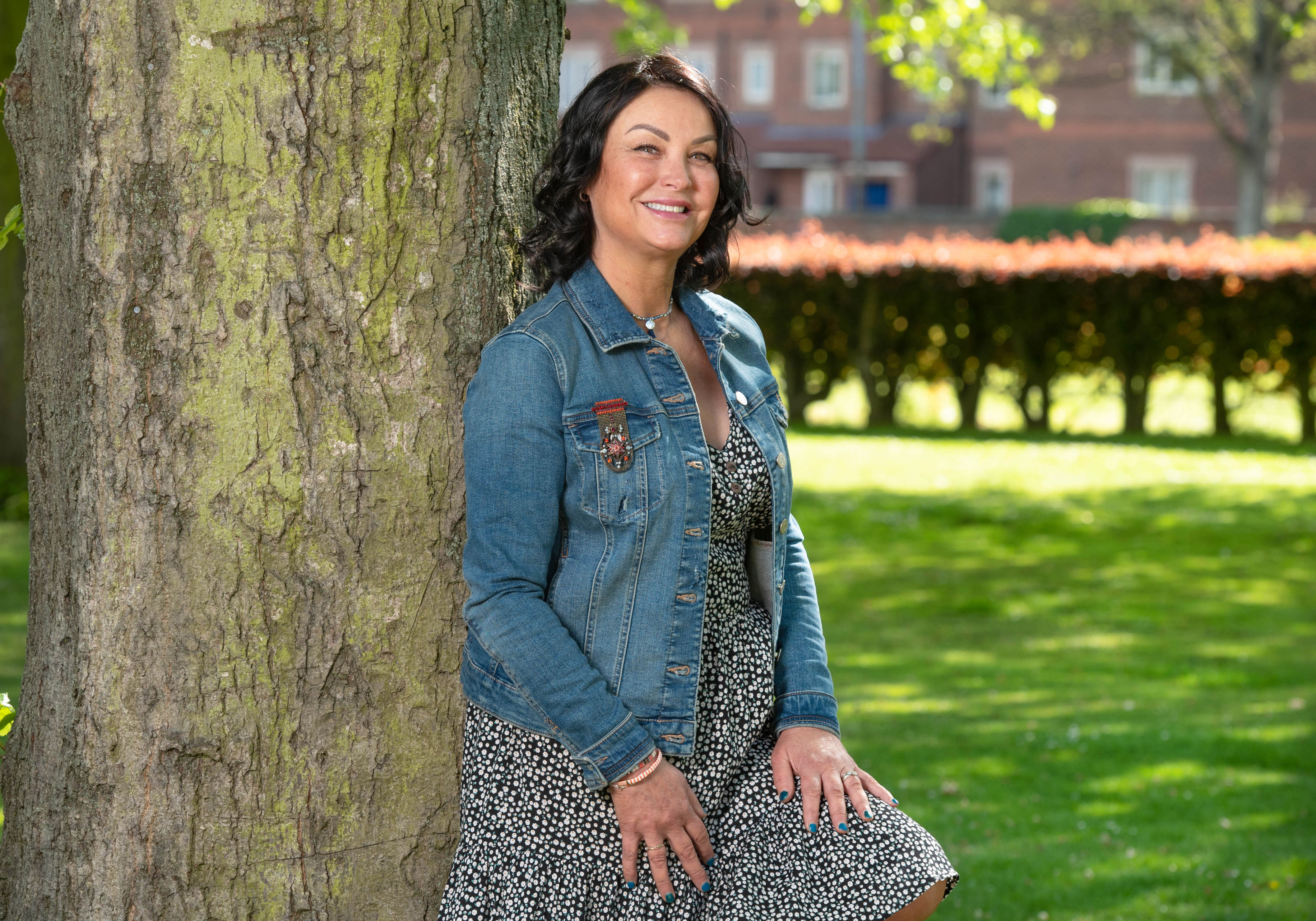