The family is all back together! On Saturday, October 23, Jason Sudeikis returned to the Saturday Night Live stage for his first time hosting the show that brought him notoriety.

Most Memorable ‘Saturday Night Live’ Hosts Over the Years

The Ted Lasso star, 46, reunited with his old SNL friends for a “lively” and “celebratory” celebration at Hunt and Fish Club steakhouse a source tells Us Weekly.

“Jason was in very high spirits, laughing and joking around with the cast,” the source continues. “He was with the staff and notable celebrity attendees included, Nichols Braun, Emily Ratajkowski and Fred Armisen.” 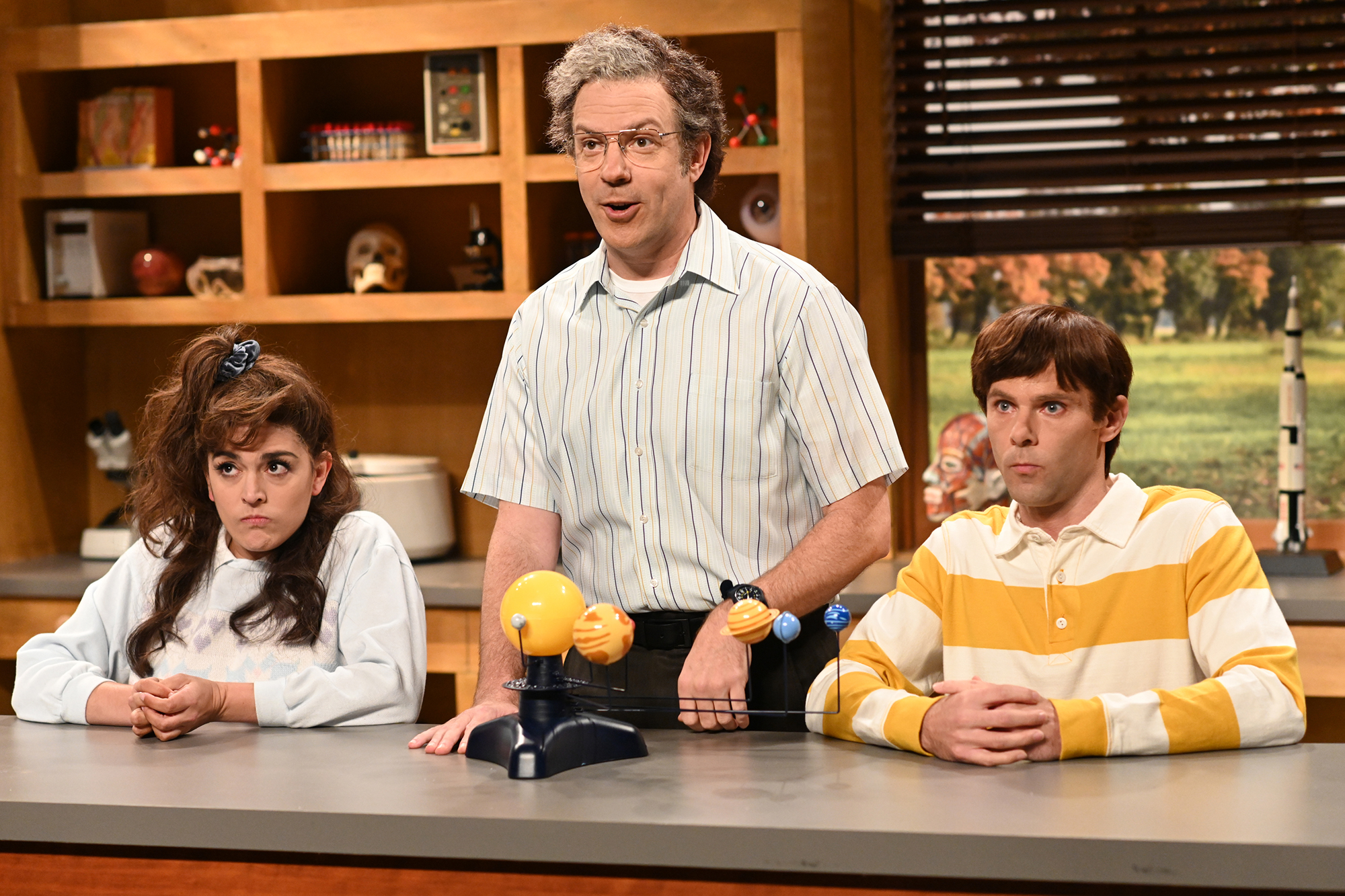 The source adds “The whole cast was reminiscing about Jason’s old SNL skits, doing old bits and reliving good times, he was really in his element, back with everyone he worked with for so long.”

Everything to Know About ‘Ted Lasso’ Season 3

Sudeikis was originally hired as a writer for the show in 2003 before being brought on as a cast member from 2005-2013. Saturday marked the first time hosting for the Horrible Bosses star, right on the heels of his double Emmy win for Ted Lasso.

During his opening monologue, Sudeikis remarked on his journey from the writers room to being an Emmy winner.

“It’s so neat to be a small part of this show’s amazing history,” he said. “A history that was fueled for its first 25 years by cocaine and adrenaline, it’s next 15 years by Starbucks and unhealthy comparisons and the last six years by Adderall and fear.”

The broadcast showed Sudeikis reprising his beloved characters such as Joe Biden and the devil during a cameo on Weekend Update.