Carter Reum couldn’t hold back tears as his bride, Paris Hilton, walked down the aisle during their lavish Bel-Air wedding.

“There were tears. I saw Carter shed a few tears when he was watching Paris coming down the aisle with Rick,” a guest at Thursday’s wedding told Page Six. 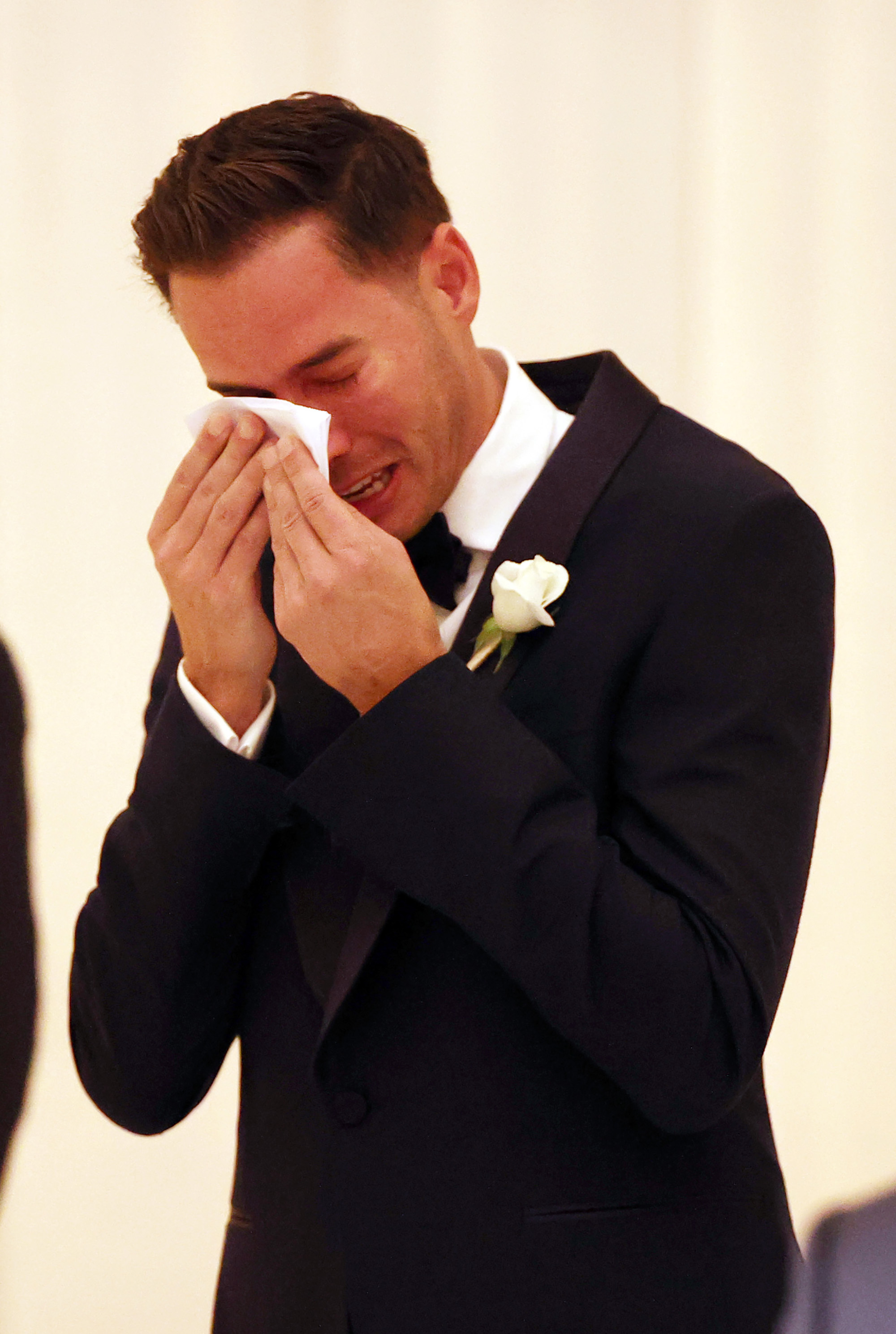 Paris’s father, Rick, walked her mom, Kathy down the aisle before giving away his daughter to Reum.

Before Hilton could even say, “I Do,” Reum was trying to steal kisses, the source said. 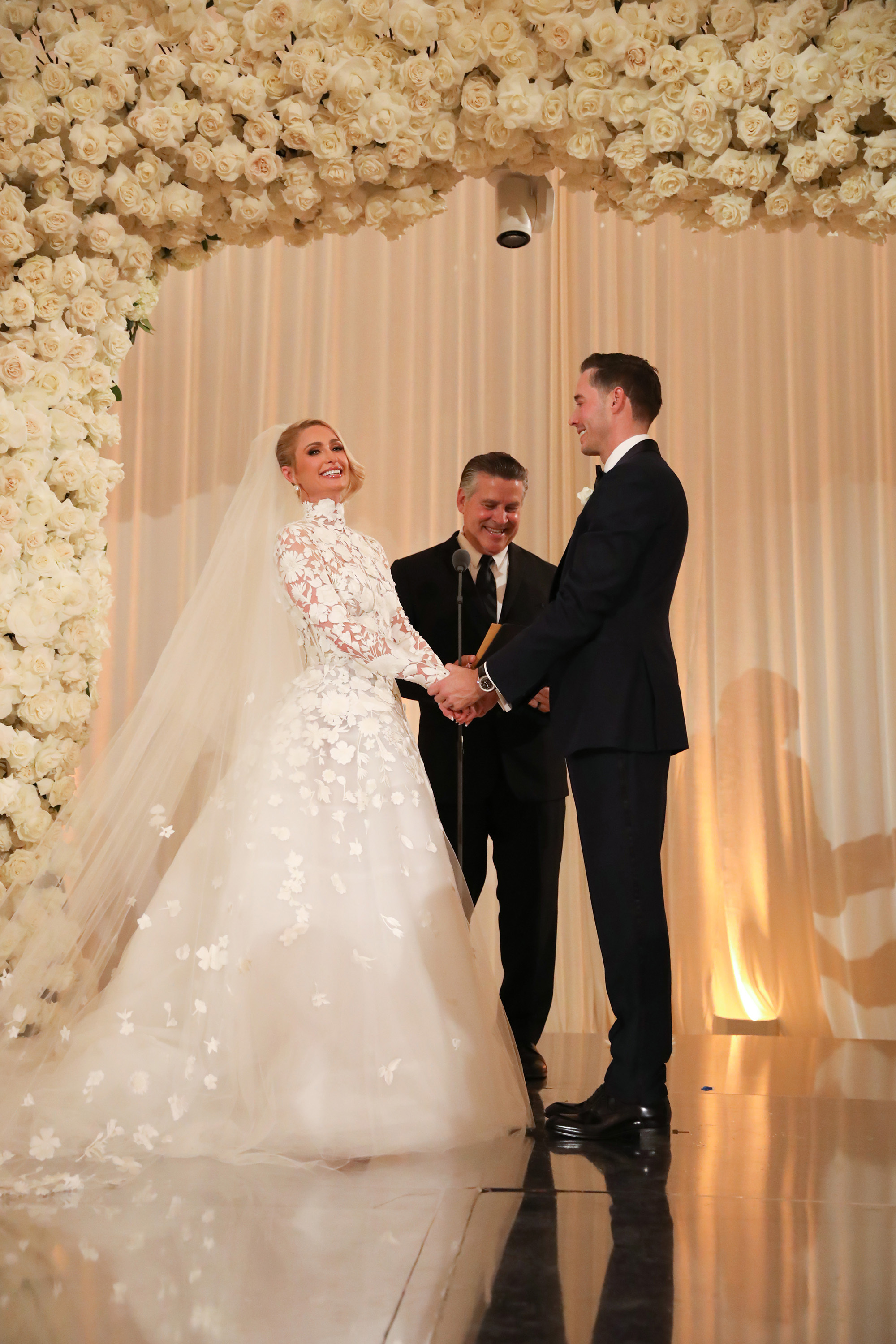 “It was a beautiful wedding. Carter kept trying to kiss her through the ceremony, and they kept saying, ‘Not yet, Not yet,’” the source said.

Hilton’s pal Demi Lovato serenaded the couple with a “great rendition” of “I Will Always Love You.” 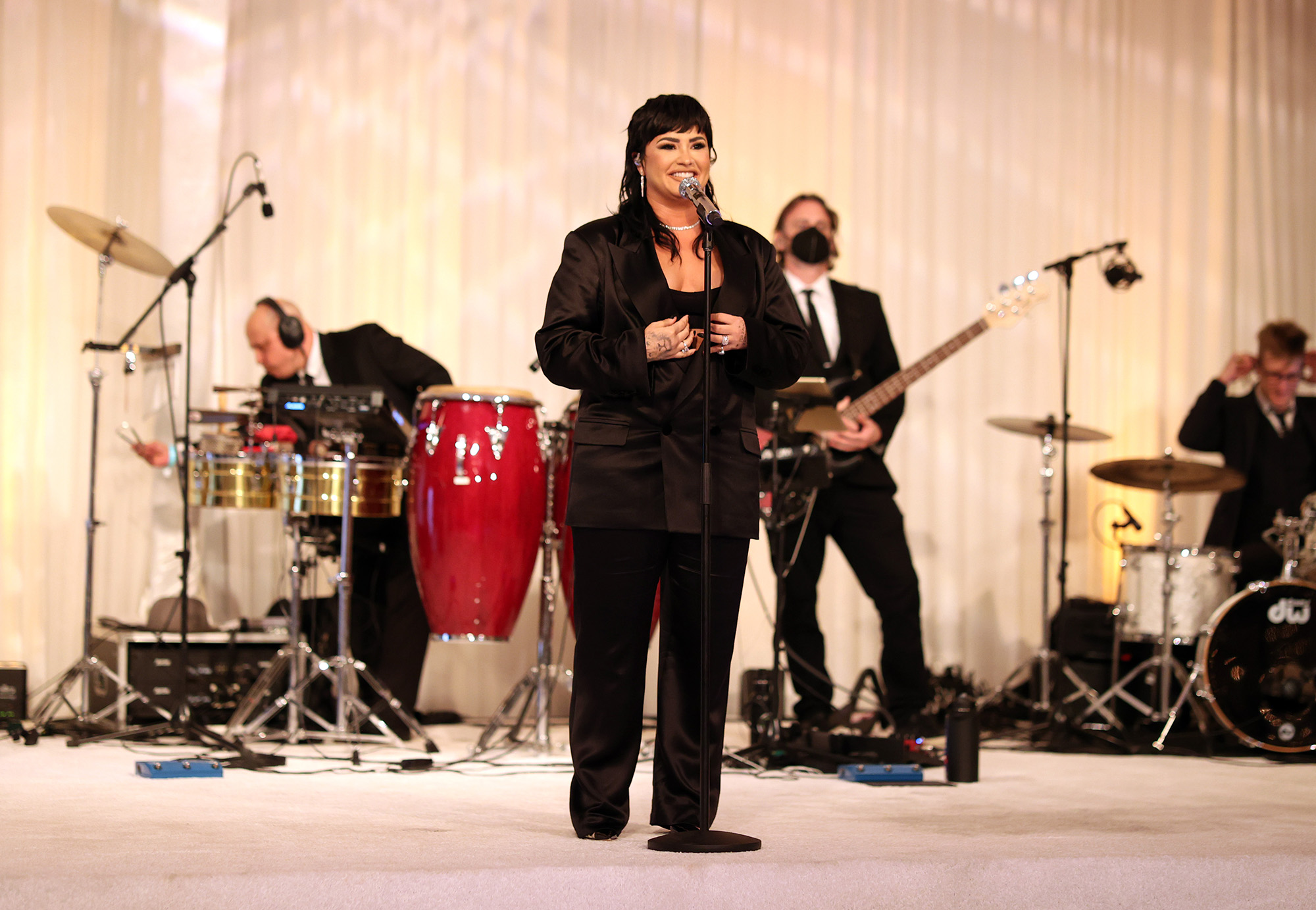 “Demi did an amazing job. It was incredible, and [they] sounded so beautiful,” the source dished.

Lovato was not the only famous guest to perform on the special night, however. Paula Abdul and Kim Petras both grabbed the mic, and Reum even busted out a few moves. 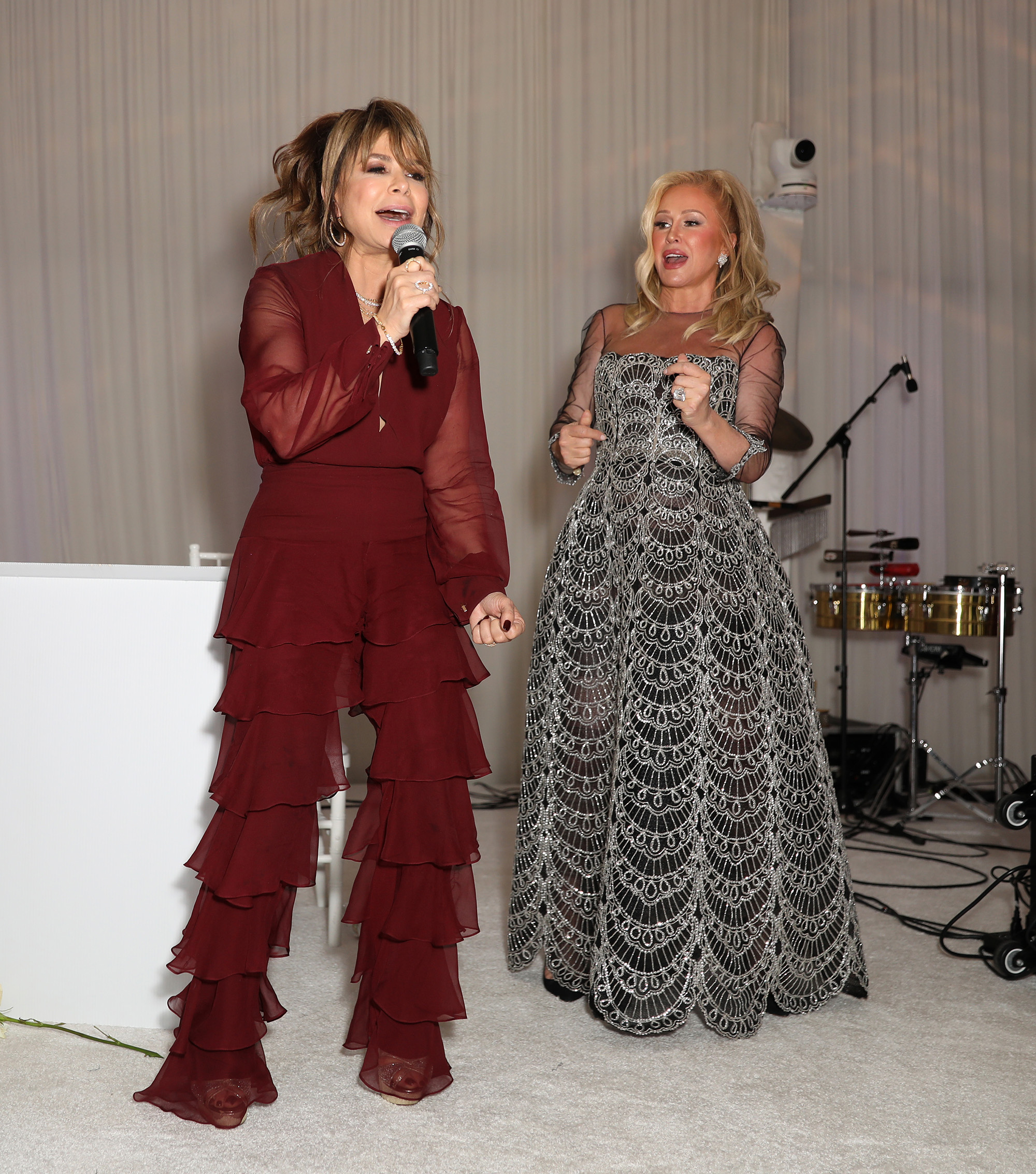 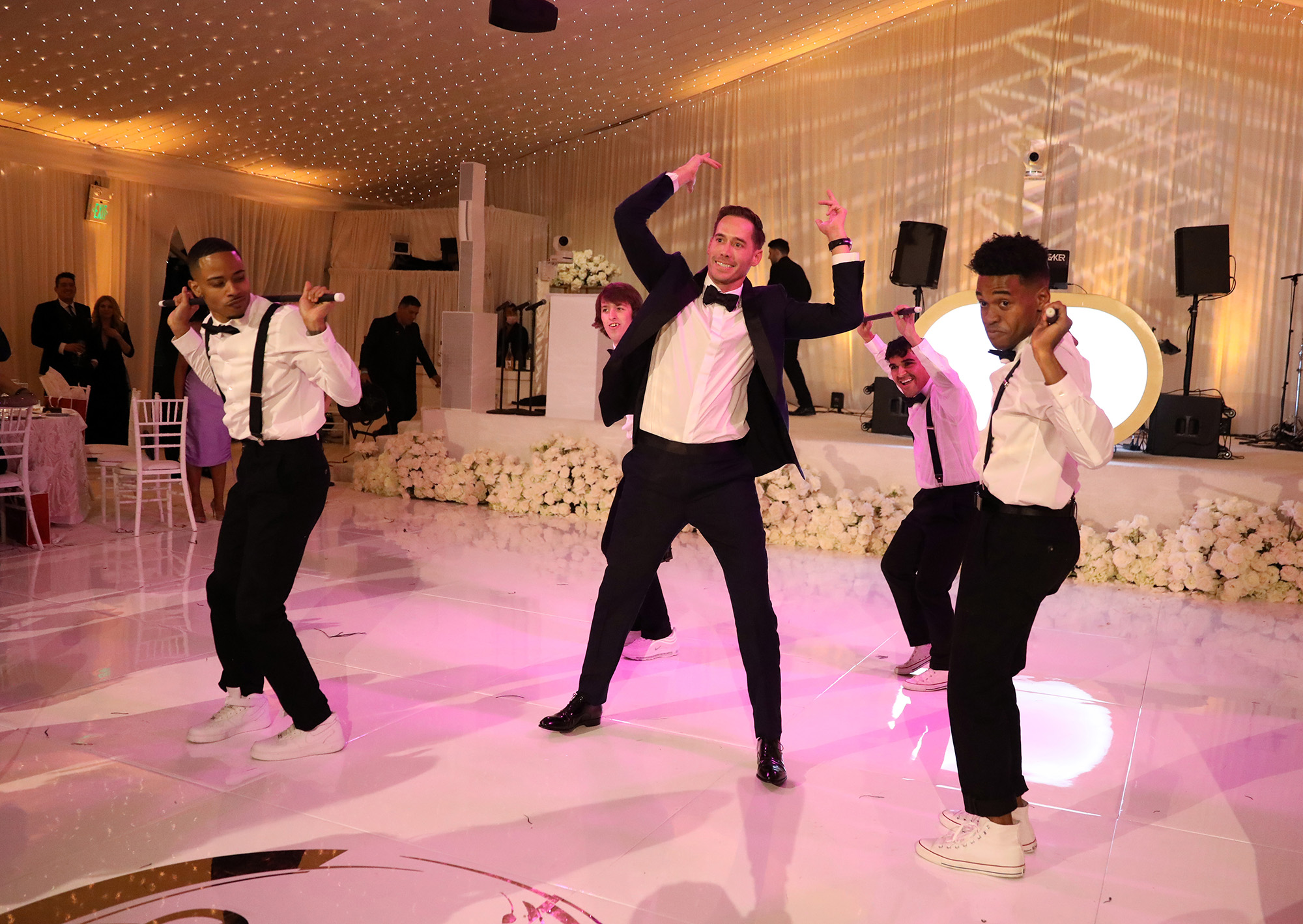 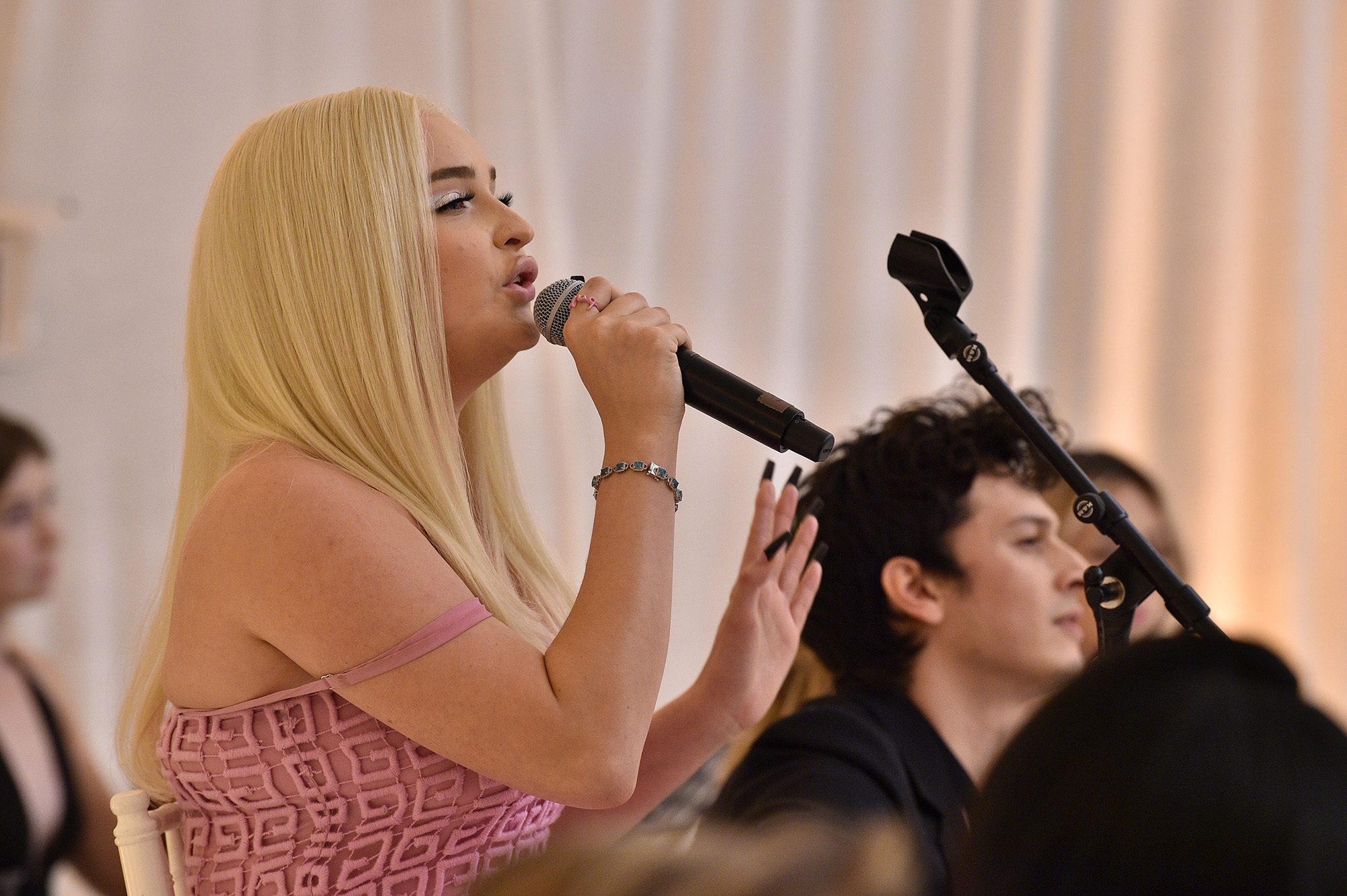 The wedding took place at Paris’ late grandfather Barron’s California estate, and the tent was decorated with oversized white flowers.

“The couple said their vows under an arch of beautiful white roses, it was beautiful, and they wrote their own vows,” said one source.

The guest told us, “The wedding was very touching and very sweet. Paris looked gorgeous in her gown, she looked really angelic. 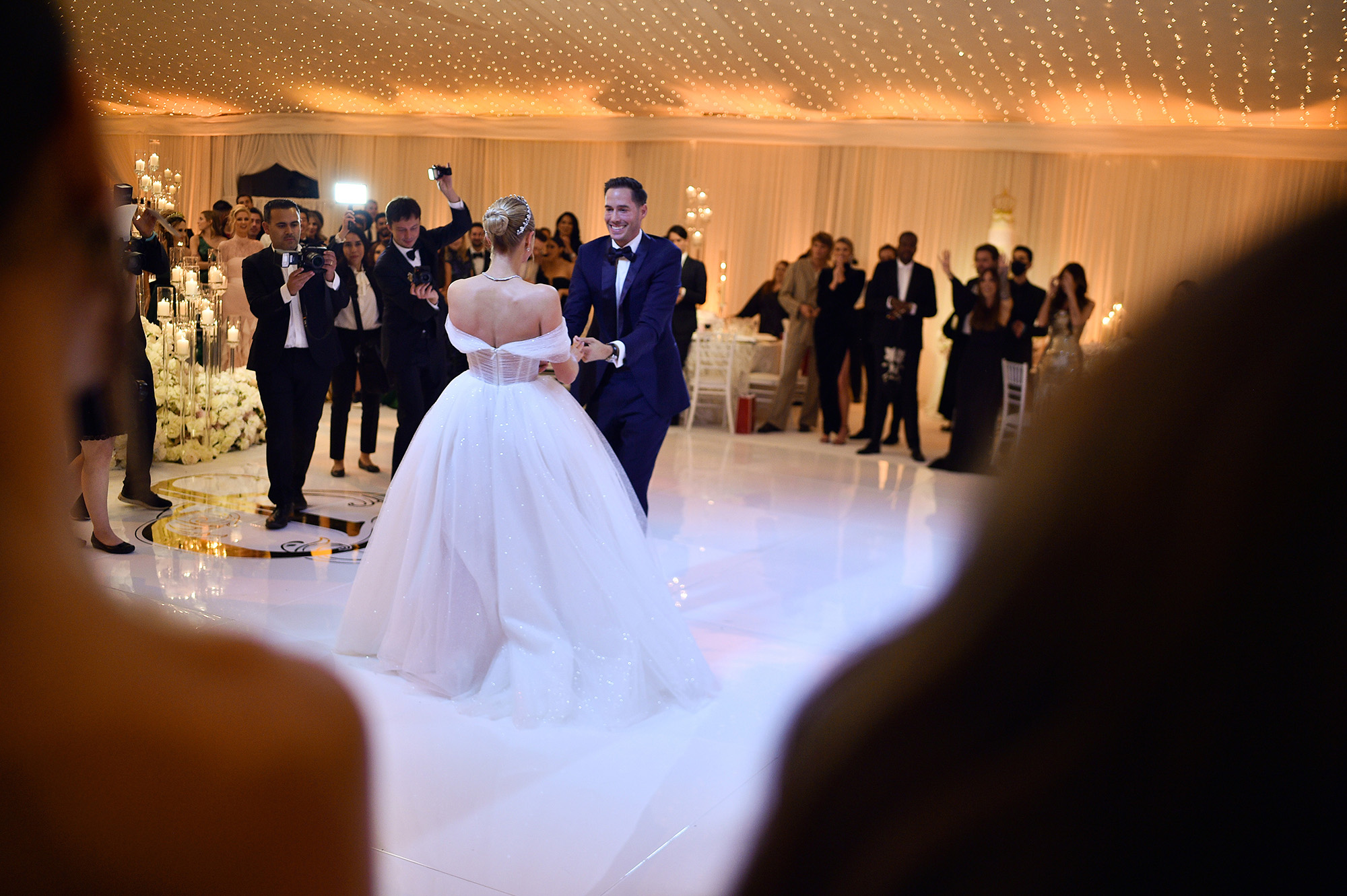 “And her sister Nicky, who was maid of honor looked regal and sophisticated.” 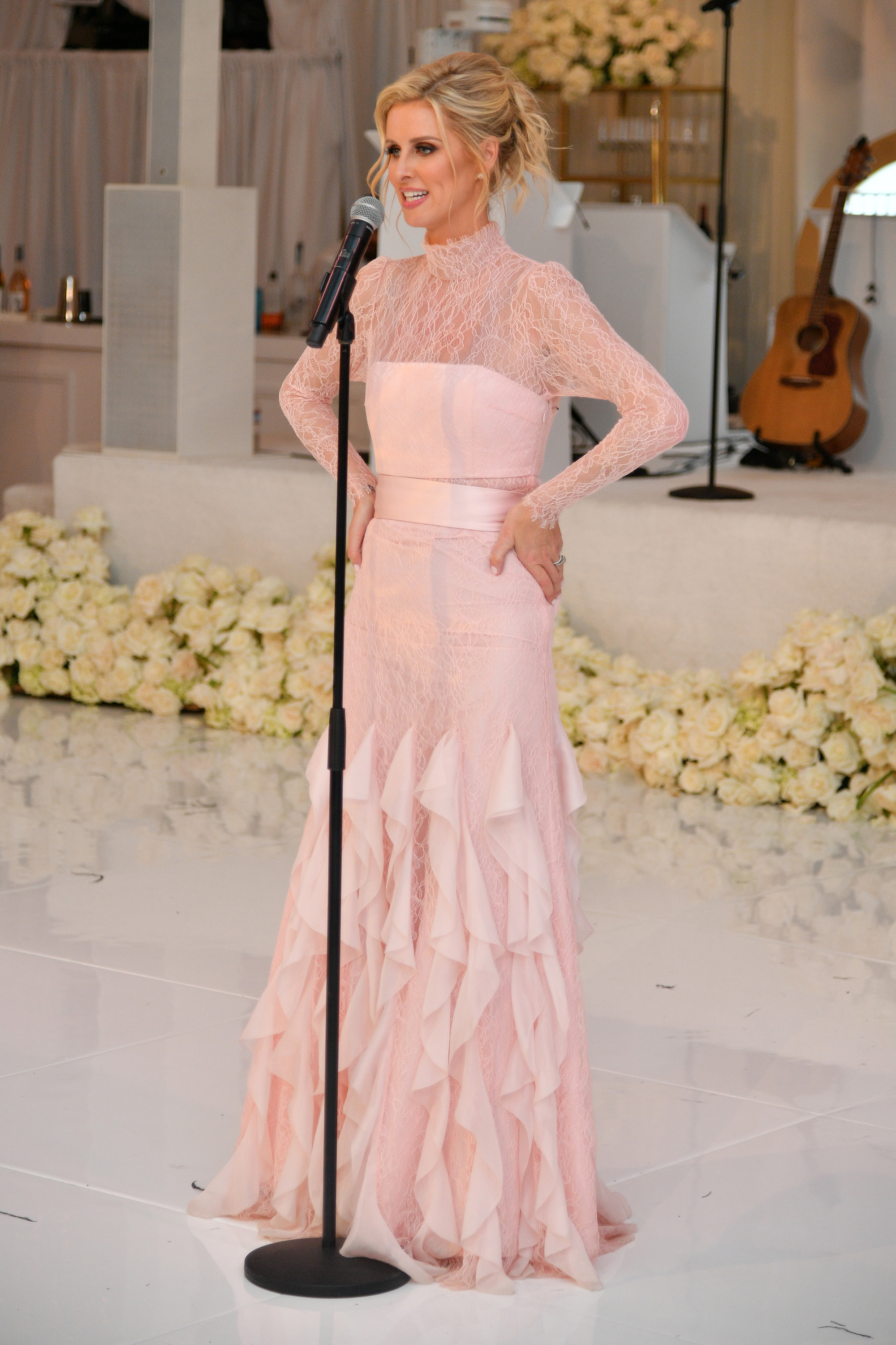 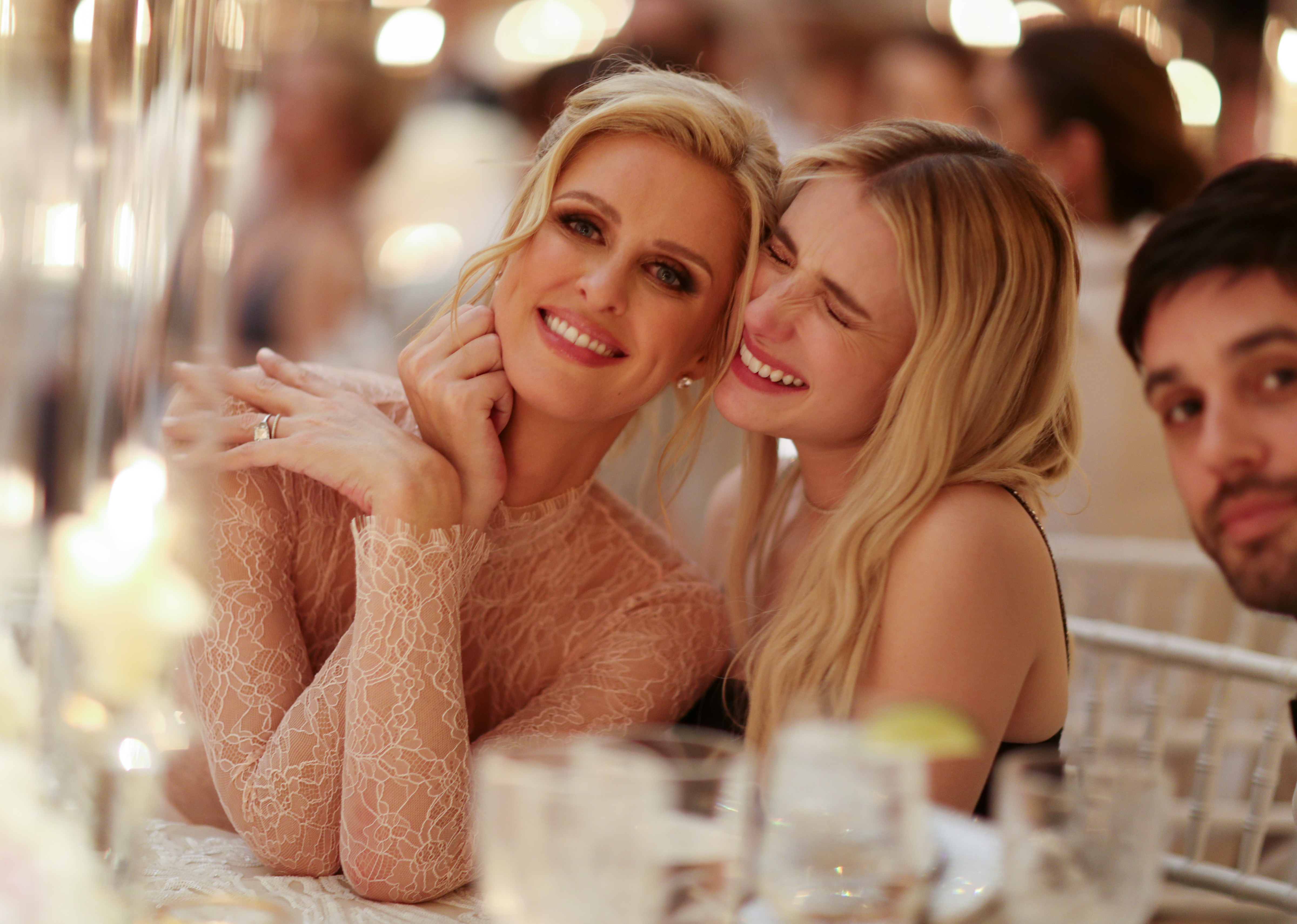 It didn’t appear to be “overly star-studded,” said the source, but pals Paula Abdul, Emma Roberts, Bebe Rexha and Kim Kardashian all attended. 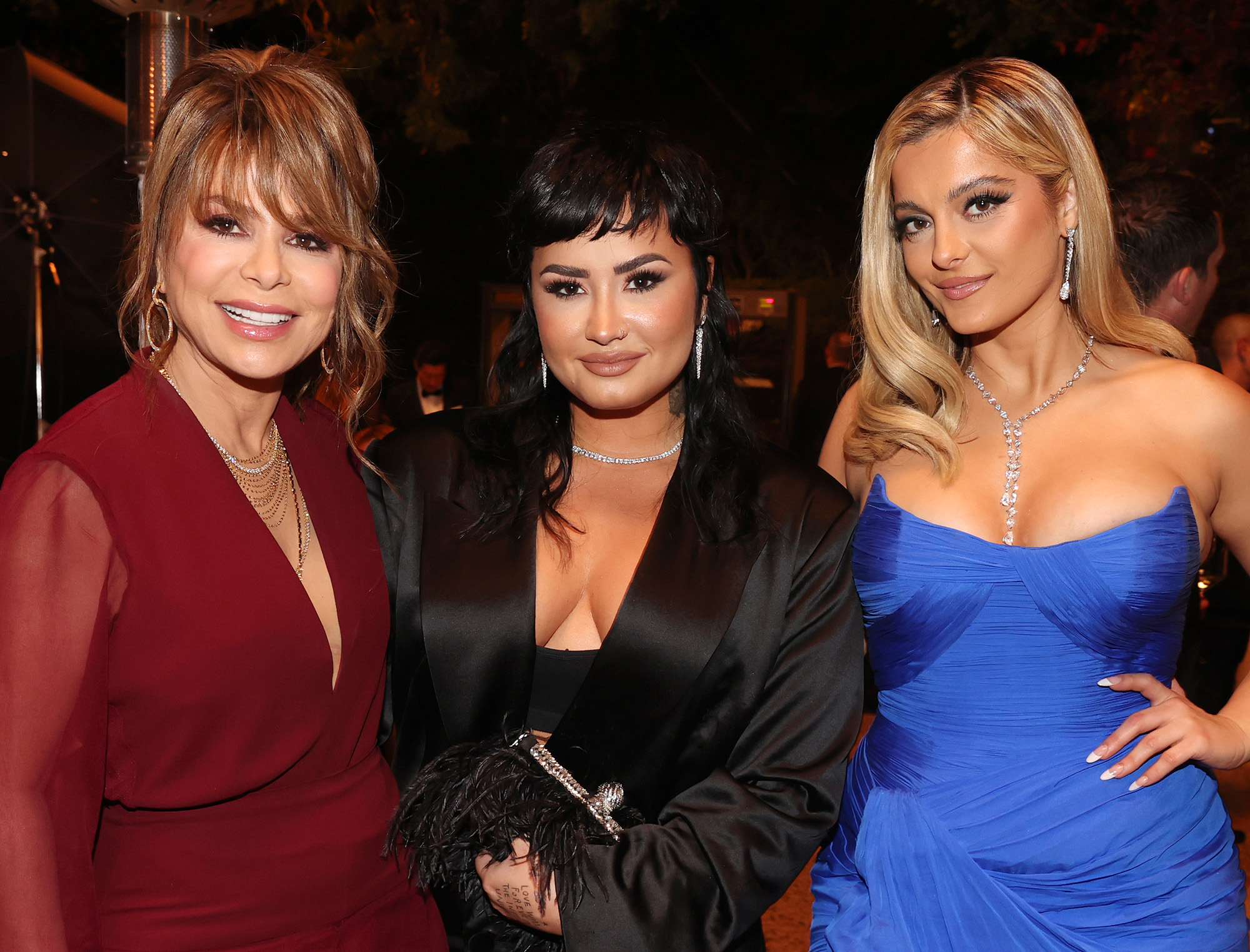 Kardashian did not bring her new love interest, “Saturday Night Live” star Pete Davidson, instead the SKIMS was there with Kimora Lee Simmons, we’re told. 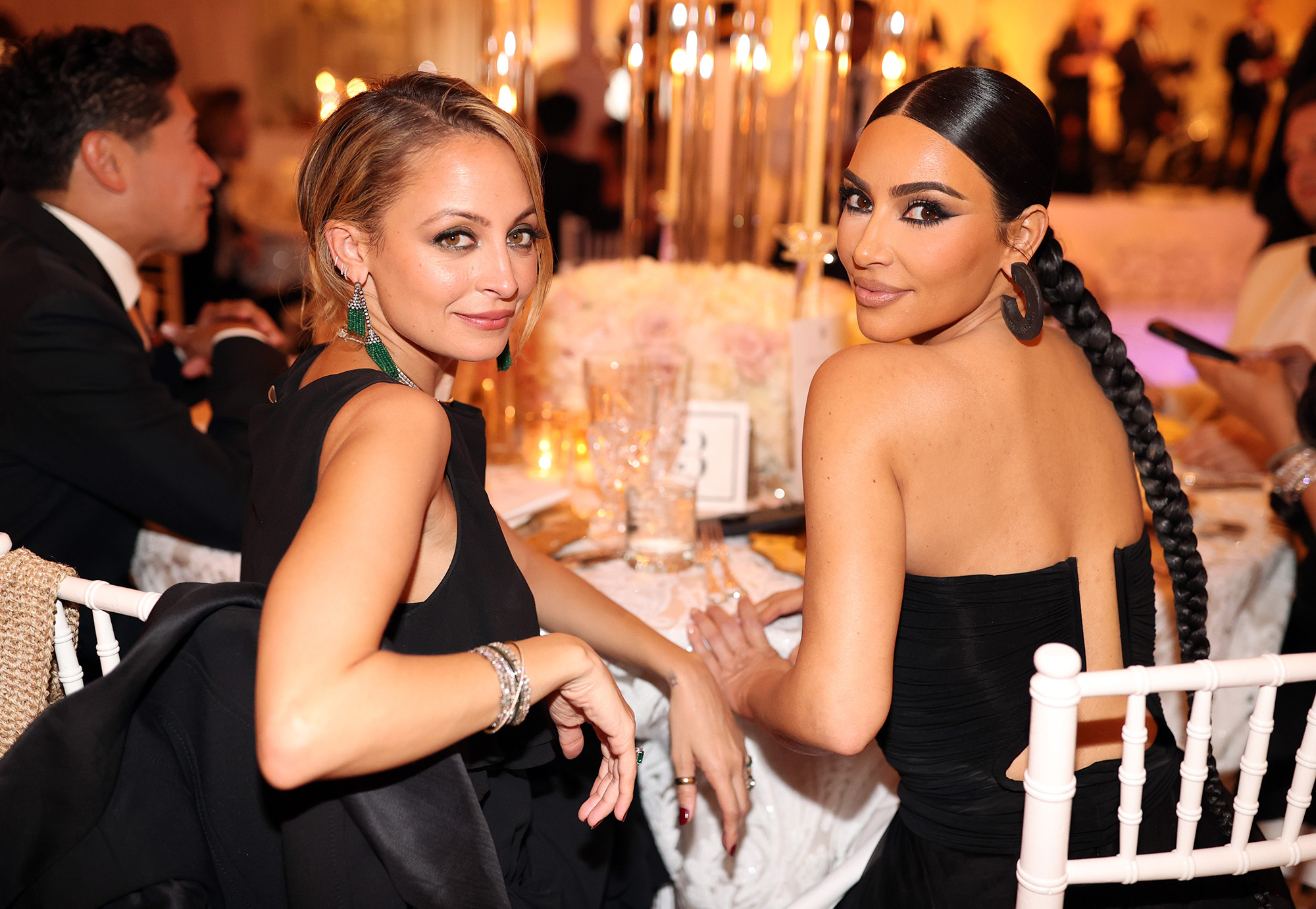 “They all really pulled it together and looked great. People you never see in Los Angeles came in for this wedding… a lot of New Yorkers,” the source said.

Casino magnate Steve Wynn also gave a “very touching speech” about how thrilled he was to be at the wedding. 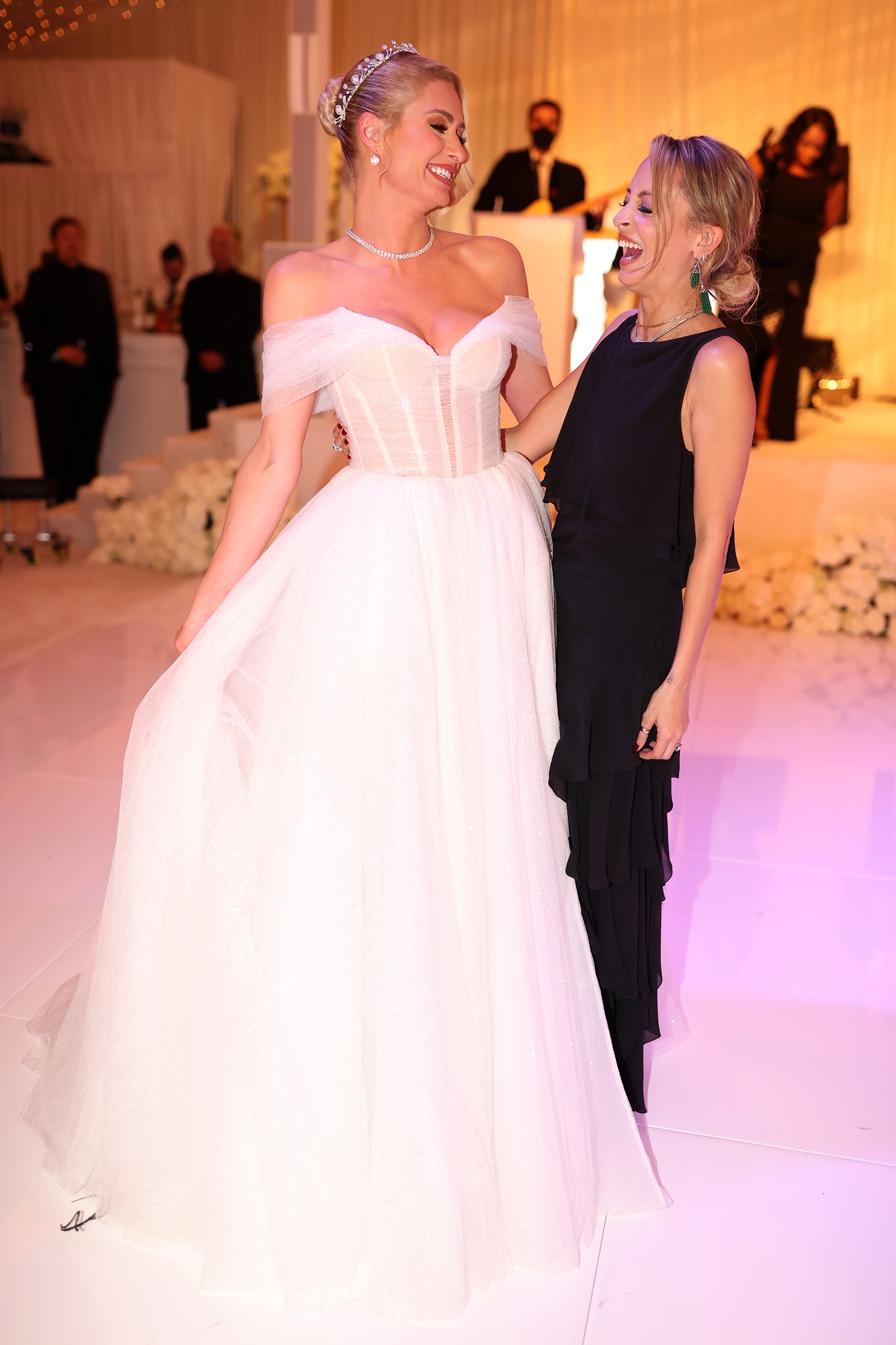 Cameras were forbidden with the exception of Peacock’s crew filming for Hilton’s new docuseries “Paris In Love,” which premiered the same day as Thursday’s wedding.

“There were cameras hanging from trees, so many cameras! You couldn’t put a bite of food in your mouth without cameras looking down on you,” the source said. 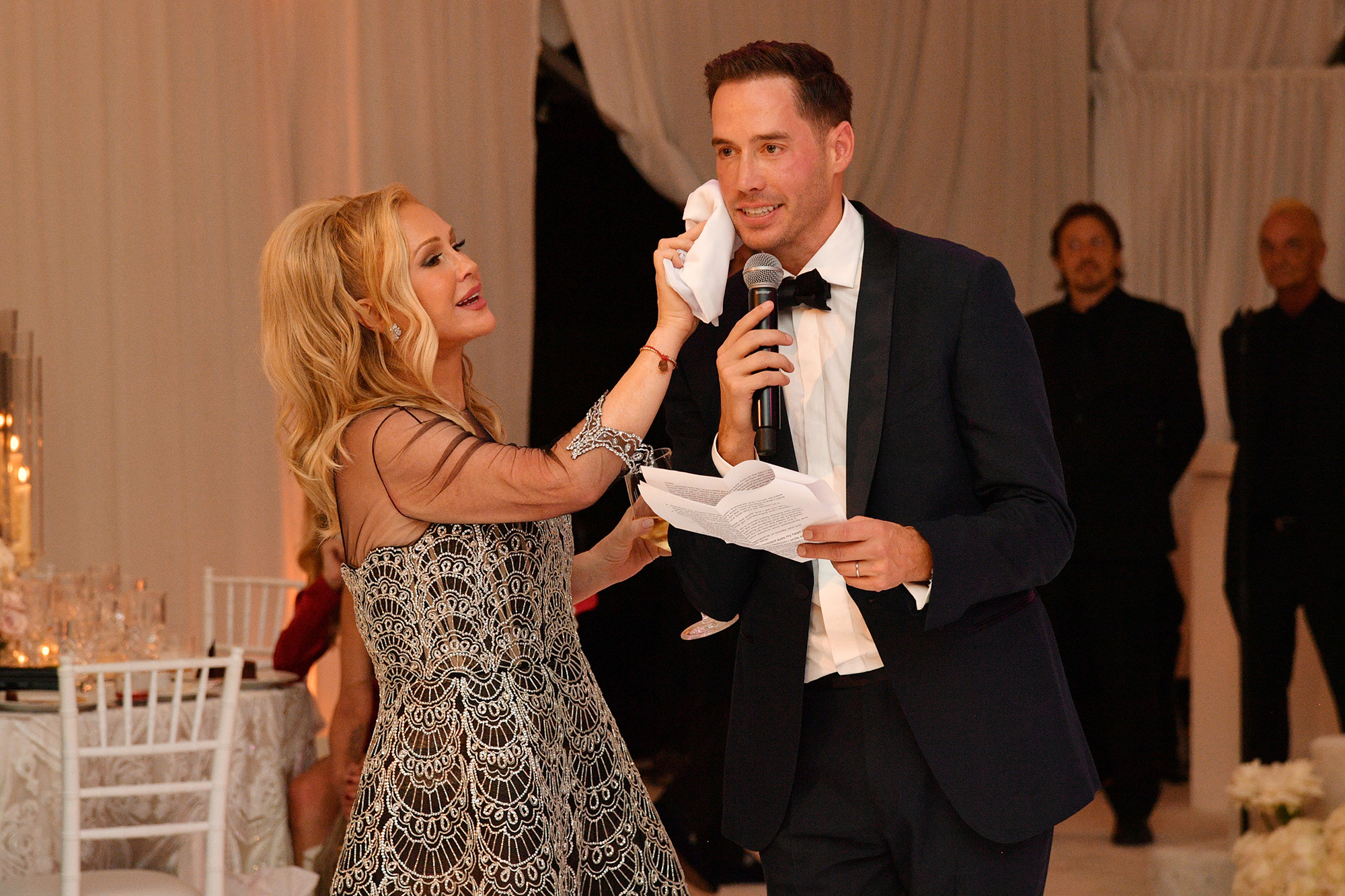 The second source added, “For a show being filmed, it clearly felt like a family event. It wasn’t a big crowd, there were only around 200 people.

“After the ceremony there was a seated dinner, a special ravioli and salad, the entree was fish or slices of beef, and the tables were filled with white and pale pink peonies and roses.

“Paris’ father Rick made a very touching speech and toast.” 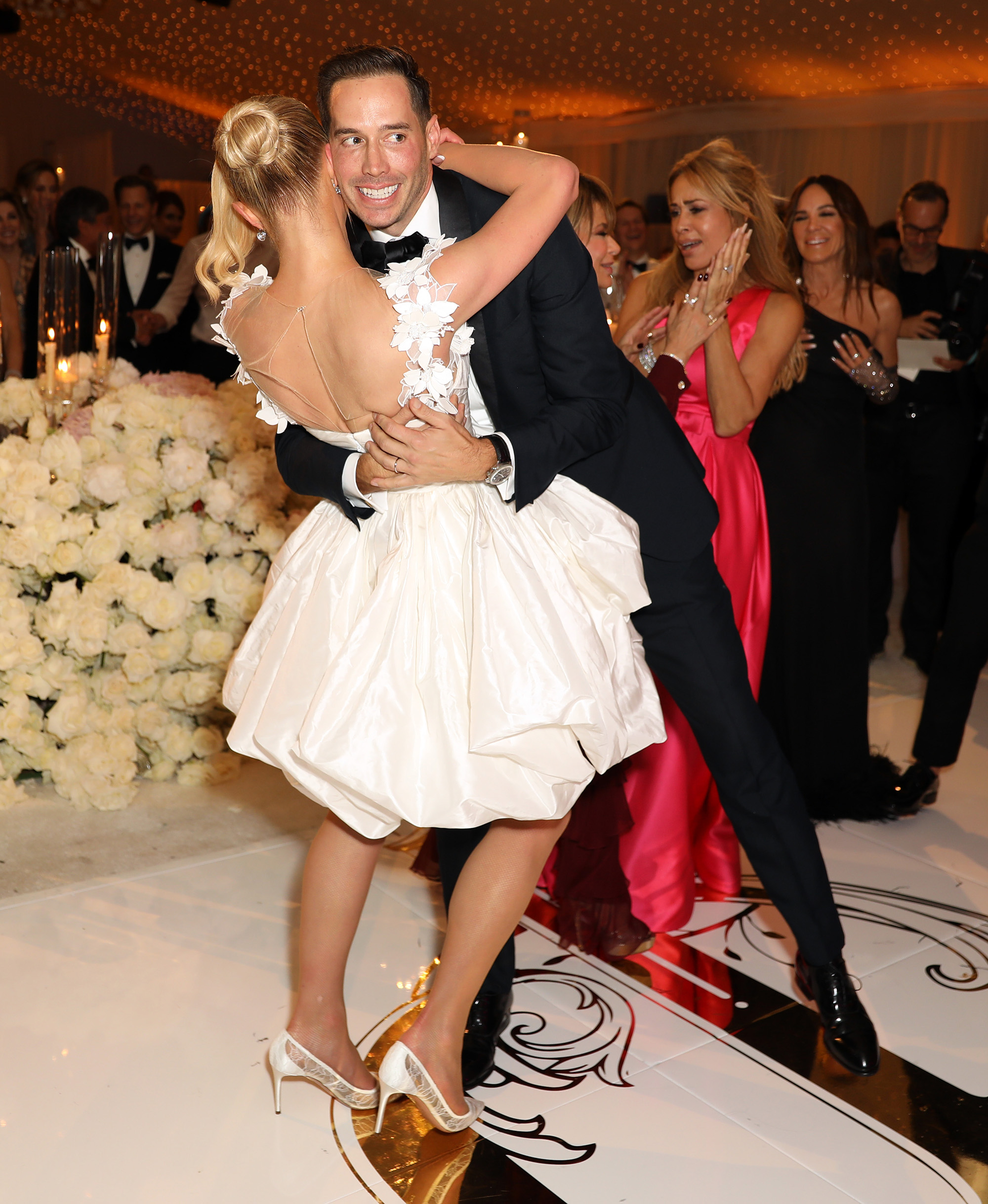 And all guests were gifted a pair of Baccarat votive holders on the way out, along with two bottles of cologne, in bottles designed like a bride and groom marked ‘The Paris Hilton Wedding Collection.’

The reception was catered by Spago and included “tons of caviar.” The three-night-event continues on Friday with a carnival-themed bash at Santa Monica pier.

The pair first confirmed their relationship in April 2020 and got engaged in February. Reum, a venture capitalist, proposed to the heiress with an emerald-cut diamond ring designed by Jean Dousset.

And, Carter, hilton, Inside, Paris
You may also like: