Follow
Home » Lifestyle » Is it time to change how we show sex and intimacy on the small screen?

Is it time to change how we show sex and intimacy on the small screen?

“We’d plotted a whole lot of sex scenes and we were forced to rethink them,” says Michael Lucas, who along with Christine Bartlett is showrunner of local dramedy Five Bedrooms. “And I have to say I was pretty surprised at how effective and satisfying it could be to find a more elegant way to do it.”

Season two of Five Bedrooms (screening on Paramount+) was shot last year in Melbourne at the height of lockdown. The series is not quite the wife-swapper the title suggests but it’s certainly all about romantic relationships – so having to keep people 1.5 metres apart at all times was challenging. In one scene, Liz – played by Kat Stewart – turns up in the early hours of the morning at her ex’s (played by Rodger Corser) with only one thing on her mind. 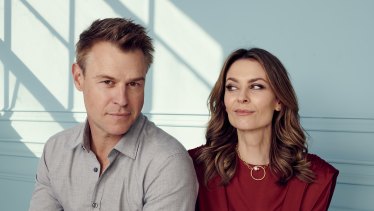 The two were supposed to fall into a passionate embrace but instead the scene was rewritten to remain COVID-safe. “And it was like going back to a 1940s movie,” Lucas says. “It does make you come up with sassier dialogue solutions.”

“And what was interesting was it also shifted the power balance in that moment,” Bartlett adds. “It was clear she was driving whatever was going to happen next.”

“And it wouldn’t have felt that way if Rodger had just leaned forward and kissed her,” Lucas says. 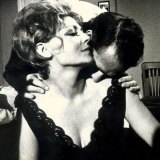 Fifty or 60 years ago sassy dialogue was all filmmakers were allowed when it came to intimate scenes – along with cutaways and footage of steam trains roaring through tunnels (Toot! Toot!). But by the late 1960s there’d been seismic cultural and political shifts that created a free-for-all when it came to sex, intimacy and nudity on stage and screen – from Hair to Number 96. Explicit material was as much political as it was artistic.

But these days? Not so much. Far from being shocking or provocative, the vast majority of sex and nudity on screen is pretty ho-hum. Post #metoo we’re having big conversations about how to film such things safely and respectfully. Add COVID restrictions into the mix and you have to ask – is it time for a complete rethink about how we show sex and intimacy on the small screen?

“In a way, showing too much is almost lazy,” says Julie Eckersley, head of scripted at SBS. “Rather than thinking about where this character’s at, what’s going on internally for them, and how it serves the story.”

That said, SBS for years has been fondly known as Sex Before Soccer (or Soccer Before Sex, depending on scheduling priorities) and Eckersley, who oversees the network’s scripted slate and is responsible for commissioning scripts, isn’t saying explicit content should be completely off the cards.

“Sex is part of our world, we can’t tell stories honestly and authentically and not have it there,” she says. “What we’re trying to negotiate at the moment is how to get better at this, smarter, and more caring.” 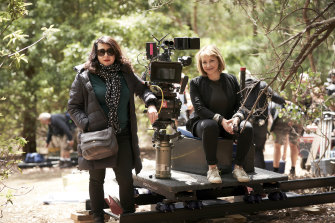 Before moving to SBS Eckersley was a producer with Matchbox, where the supernatural drama Glitch was one of her major projects. The series wasn’t especially raunchy but it was often intimate and intense and Eckersley says having a female creative team helped create a safe, comfortable working environment.

“Emma Freeman was the director on Glitch for almost all of it, and Lou Fox was the showrunner. And that altered the power balance. When you put sex scenes in the hands of women, I think you get a different outcome.”

At the beginning of season two, for example, Genevieve O’Reilly is completely naked. “It wasn’t a sex scene but it was a very vulnerable scene,” Eckersley says. “And although it wasn’t a contractual obligation, Emma wouldn’t sign off on it before she’d showed it to Gen and said: Are you OK with this? It’s your body. Now those kinds of actions are being formalised through intimacy co-ordinators – which is really great because not every director has that understanding.”

“An intimacy co-ordinator opens up conversations around intimacy within a storyline,” says Chloe Dallimore. “Which can be anything from holding hands to simulated sex to yelling at someone. All of that is intimacy.”

Dallimore is an award-winning musical theatre performer, an expert in movement, and for six years was the head of MEAA Equity, where she helped develop the union’s sexual harassment and bullying code. She’s been deeply involved in creating guidelines around how to manage explicit scenes on screen and currently works as intimacy co-ordinator on Home & Away – which might be light on the simulated sex, but is 100 per cent all about intimate relationships.

“I see it as very important that we show intimate content as realistically as possible,” Dallimore says. “So we’re not glamourising. We’re not giving a sense of unreal expectations for men or women.” She’s a fan of Bridgerton, which she says – despite the fancy costumes and silly plot – put a lot of effort into anatomically and emotionally accurate sex scenes. She’s not against explicit scenes by any means, but she also thinks we need to start thinking outside the box.

“I’ve just come off a shoot where it’s all about almost-kisses – that frisson between people. And the alternatives to what would usually be a kiss. I’m a big believer in less is more anyway but we’ve also had to find those solutions in a COVID landscape. And I think we’ll keep moving forward, I think we’ll continue to evolve.”

Producer Imogen Banks has overseen a lot of the bedroom stuff in her career, from the erotically charged Tangle to the hilariously awkward Puberty Blues and the many, many, many intimate scenes – real or imagined – in Offspring. (Her most recent project is RFDS, which is explicit in a different way.)

She says while managing intimacy in a story is difficult to legislate, the conversation has fundamentally shifted – and in a good way – with actors much more alert to their rights. 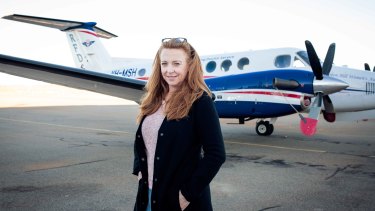 RFDS producer Imogen Banks: “There is this shift back toward the fundamentals of attraction and intimacy.”Credit:Daniel Asher Smith

Explicit content still has a place: “Because sometimes that’s about revealing character. Motivation, or exploitation, or something that particular show is trying to say about the human condition or that relationship or the power in that relationship.”

Equally, though, we often end up seeing more than we need to. “People get lazy. They start to imitate what they’ve seen before. There are conventions and tropes in sex scenes just like there are with anything else.”

Maybe that’s changing, and not just because of the restrictions imposed by workplace safety. “People watch so much television these days, I think they’re less interested in watching something they’ve seen before. There’s probably been every possible version of a sex scene shot. Everyone’s seen everything. So I think there is this shift back toward the fundamentals of attraction and intimacy – which is much subtler, and which is expressed much more obliquely. It’s about things being hidden rather than everything being exposed. And that’s really interesting.”

In the end, Banks says, it all comes back to story. “There are multiple ways of expressing a sexual relationship. From a really intense, intimate hand-hold to a full-on explicit sex scene. And I would never say one is more right than the other. It has to be embedded in the DNA of the show.

“It’s never – oh, this is a good moment for a bit of side boob,” says Five Bedrooms’ Christine Bartlett. “It’s the characters, their emotions, where they are, that dictates the intimacy. Are they under a bit of time pressure? They have young kids, or the relationship is secret? They have a reason to be quick and dirty.

“At other times the intimacy is much more about the connection between the two characters, about their faces, maybe a touch of the hair. It’s in those details where the real sexual chemistry lives.”

Bartlett says showing less can be much more powerful: “We’re all so much dirtier in our imaginations that what we can show on TV!” On other occasions, more is more. It depends. “The shape of the intimacy comes prepacked by the context.”

And after the initial hair-tearing, both writers relished the challenges thrown up in the last 18 months.

“It does make you think a little more about: do I really need it? Is there an alternative way to tell it?” says Michael Lucas.

“And I think that’s good! I think it will lead to a happy balance, where increasingly you’re only going to do [explicit scenes] if the story and the characters really demand it. Which is obviously better for performers – but also better for writers, too.”

In the 1930s Hollywood introduced the Motion Picture Production Code – commonly known as the Hays Code – designed to clamp down on what was considered the rampant lewdness and immorality in the burgeoning movie industry.

The code prohibited everything from profanity and explicit violence to sympathetic portrayals of criminals and miscegenation. 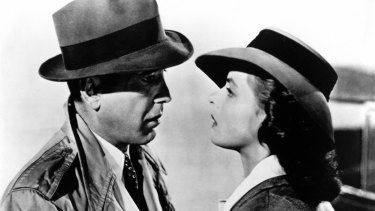 Here’s looking at you kid … Casablanca, the 1942 film with Humphrey Bogart and Ingrid Bergman.Credit:

Obviously homosexuality was a big no-no, as was any suggestion that even heterosexual adults might have, be having, or have had actual sex.

By 1934, all movies had to obtain a certificate of approval prior to release – driving many prominent filmmakers to distraction, but also forcing them to (a) engineer ingenious workarounds and (b) alter their work in ways that created far more memorable, moving and impactful moments. Imagine if, in Casablanca, Rick and Ilsa had just shacked up together?

By the 1950s the arrival of television and the growing boldness of filmmakers considerably weakened the code and in 1968 the current system of censorship replaced the old blanket bans. But as Oscar-winning director Edward Dmytryk noted, the code had its upside. “It made us think,” he says in the PBS doco American Cinema. “We had to do it deviously. We had to be clever. And it usually turned out much better than if we’d done it straight.”