Follow
Home » Lifestyle » It only took a lockdown, but I've finally learned how to feed myself – age 25

It only took a lockdown, but I've finally learned how to feed myself – age 25 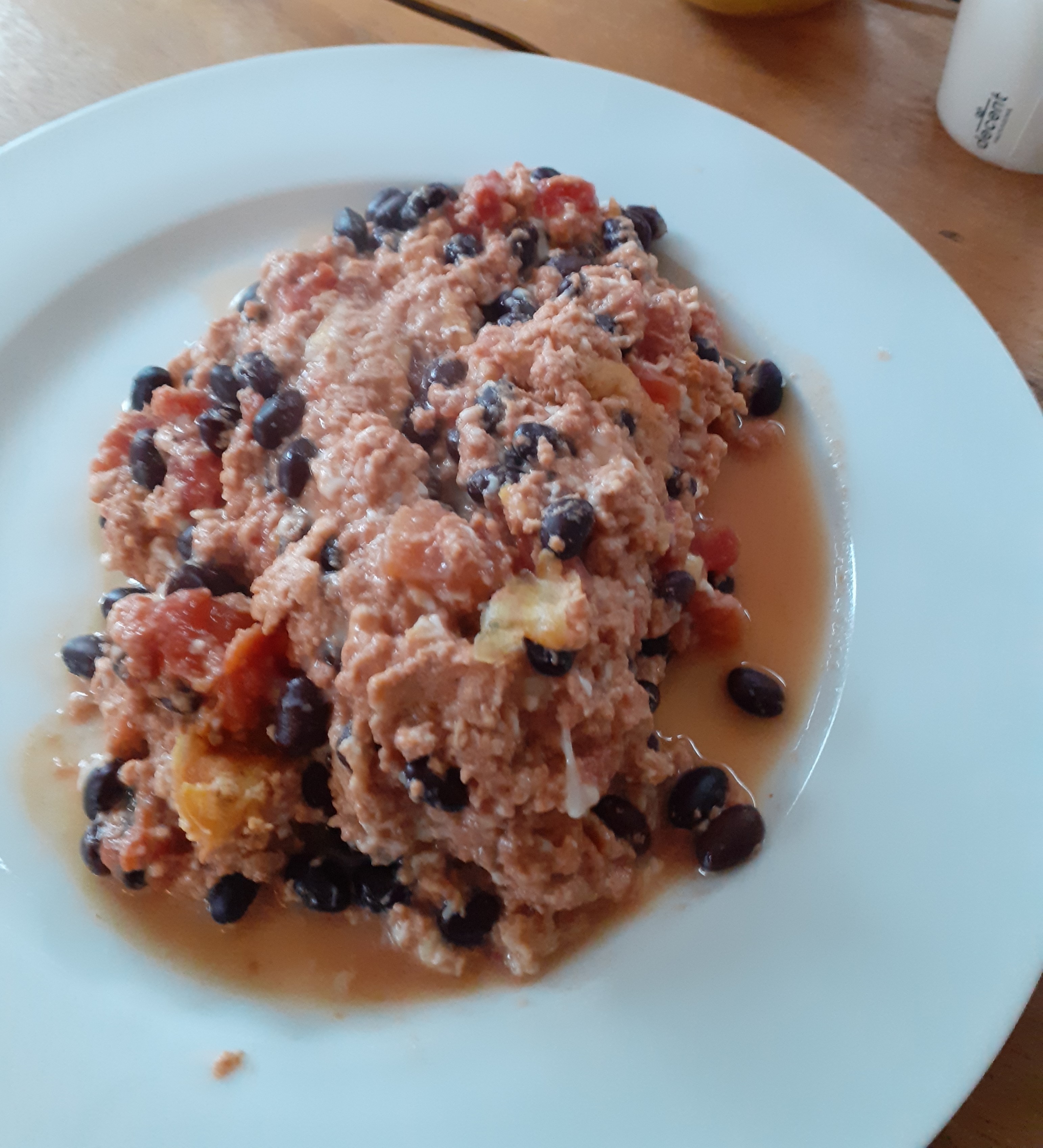 When I was 19, I triggered a complete evacuation of my university halls after setting off a smoke alarm while frying bacon.

After that, I mainly relied on pasta combined with a rotation of jarred trusty sauces to feed myself.

I frequently foraged in supermarkets for a ready meal and regarded anything that necessitated an oven as the height of gastronomy – including chips.

Much to the distress of my mother who watched from afar in despair at my impending scurvy, I was even known to miss dinner altogether in favour of beer and crisps at that old relic, the pub.

All this is to say – I’ve never been much of a cook.

At a time in which I delighted in both a social life and an open economy, cooking was the antithesis of an evening well spent. I saw it as boring, difficult and time-consuming.

As I watched my flatmates chop and grate, I shook my head in anguish. Why would anyone spend more time cooking something than it takes to eat it? I was a visionary in a world of fools. I was a pioneer in efficiency. I was… unhealthy.

But then lockdown came into effect in March last year. My office and my frequently-visited restaurants closed. Socialising switched from ‘fun’ and ‘good’ to ‘illegal’ and ‘immoral’.

My evenings stretched before me and after watching Tiger King and performatively getting into yoga, there was no way to fill them.

Meanwhile, I noted my 17-year-old cousin, who I moved in with during the first lockdown, made curry without a jar in sight and produced bread from flour – not a bakery. I felt inadequate and like I was a fraudulent adult, but nothing changed.

But by October, I was 25 and my insistence on maintaining a student lifestyle was no longer a cute personality quirk but a sign of worrying ineptitude.

After one too many phone call interventions from my mum once I had returned to my London house share begging me to forgo oven pizzas, I knew enough was enough.

I couldn’t stand the thought of her wringing her hands for a second longer. More than that, I knew I was unable to have another fraught conversation about ‘vitamins’. I felt guilty. I felt bored. I had to change.

I’m not the only person to have had this realisation over lockdown. According to research from consultancy group KAM Media, 39% of people have purchased or have considered buying a subscription recipe box in the last year.

Meanwhile, the phrases ‘sourdough starter’ and ‘banana bread’ have fallen victim to semantic satiation, such has been their overuse. The nation is embracing cooking. And so am I.

After blowing the dust off my unused ‘starter set’ of pots and pans, ambitiously gifted to me when I started university, the first recipe I attempted was penne alla vodka – a sauce made from tomato, cream and (unsurprisingly) vodka, my wrist slipped and I accidentally made something more like vodka alla penne.

It was inedible but the process was more relaxing than I had imagined. It had only taken half an hour – quicker than many of my oven ready meals. And I had found peace in engaging in an activity that didn’t involve a screen – that or the vodka fumes had got to me.

Next, I returned to my old foe bacon and made carbonara. I spent the next 24 hours terrified it was underdone and that I would soon come down with food poisoning.

Recently, on a hot-dog making mission, I left a spatula on the hob, started a small fire and melted it over the sausages. There have been many fire alarms and many more last-minute takeaways.

While these setbacks discouraged me, my natural stubbornness fuelled me more than any meal ever could. I had decided to learn to cook, so learning to cook is what I did.

But a knife will get through a brick eventually, with a little effort. And – after months of grit, determination and salt – I’ve started to reap the rewards of my labour. I’ve successfully made a steak and now know when chicken is cooked, not cremated.

I’ve conjured up curries and stirred myself stir fries. You name it – if the ingredients are in a supermarket, I can make them hot – and I won’t get food poisoning.

In a worrying display of hubris, I have even whipped up my own recipes, like vegetable curry and sausage risotto, which I emailed to my dad. He always emails me back a thumbs-up emoji. I am sure these are met with the same forced delight I witnessed when I showed him my drawings as a toddler, but at least he is being polite.

My attitude has changed. I can see the satisfaction that comes from creating something from scratch and I can also see why the NHS bangs on about ‘a healthy diet’. I feel fresh and have more energy.

It’s not surprising. NHS advice states that eating fruit and vegetables reduces the risk of heart disease, strokes and some types of cancer as well as containing fibre, which slows the release of glucose into the bloodstream, preventing energy spikes and crashes.

But when my social life and the economy revs up once more and I come home after work tired and potentially drunk, I will look into the eyes of my old vices once more. I can see them now: pasta, pesto, a margherita pizza from the reduced aisle. My microwave will burst open from its hinges to welcome me.

My toastie maker will sizzle in anticipation. But I will brandish my spatula at them and turn away. I’ll be searing steak and sautéing salmon. After all, I’m a cook now.