Actor Jahmil French, who starred in “Degrassi: The Next Generation,” has died at 29 years old.

“It is with a heavy heart that I confirm the passing of a dear friend and client Jahmil French,” the actor’s agent, Gabrielle Kachman, said in a statement to Entertainment Tonight, a ViacomCBS property.

“He will be remembered by many for his passion for the arts, his commitment to his craft, and his vibrant personality. I ask that you keep his family and friends in your thoughts and prayers at this difficult time,” Kachman continued.

CBS News has reached out for more information and is awaiting response. His cause of death was not given. 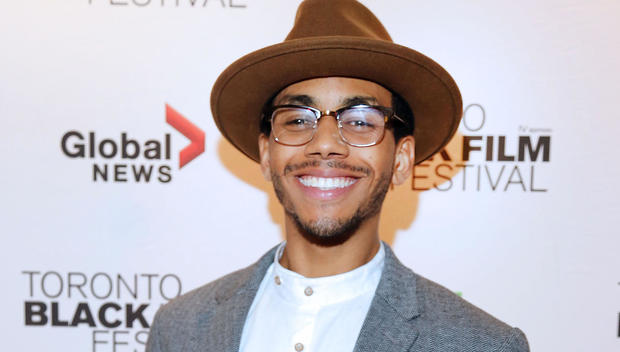 French, who is from Canada, played Dave Turner on the country’s hit teen series, “Degrassi,” which also saw popularity in the United States. He also played Dante Mendoza on the Netflix series “Soundtrack.”

Several of French’s coworkers posted about his passing.

Joshua Safran, creator and executive producer of “Soundtrack,” tweeted about French on Tuesday. “I can confirm my good friend, co-worker, and all around inspiration, Jahmil French, passed away yesterday,” Safran wrote. “Only posting because I see the story getting out there. I will have more to say about him later. Right now we’re all just processing this devastating news.”

“Soundtrack” star Christina Milian commented on French’s last Instagram post, a photo of him smiling. “You will be missed. 😢 Rest peacefully King,” Milian wrote. French’s post was flooded with messages from friends and fans following the news of his death.

Melinda Shankar, who starred with French on “Degrassi,” as his character’s love interest, posted on Instagram.

“@jahmilfrench you will always hold such a special place in my heart,” she wrote, sharing several throwback photos. “Thank you for being one of the most talented, compassionate, kindest, funniest friends I have. You were so loved. Sharing some of my fav pics over the years to highlight his bright light. I’ll miss our dance offs. #Bhandurner forever.”

Another “Degrassi” co-star, Annie Clark, also tweeted about French, sharing a video of him dancing. “Heartbroken over the loss of our friend Jahmil French,” Clark wrote. “This video is how I’ll always think of him. So full of energy and fun. He was always dancing. A true talent and a great friend. We will all miss you so much Jahmil.”

In another post on Instagram and Twitter, Clark said she started on “Degrassi” with French and felt a special bond. “Jahmil was a naturally great performer, an unbelievably fun scene partner and a beloved member of our Degrassi family,” she wrote. “I only wish I could have experienced his brilliance more.”