Jenna Johnson Gushes About Her Pregnancy Bringing Her, Val 'Closer' Together

Getting ready for their newest addition. As Jenna Johnson prepares for the arrival of her and husband Val Chmerkovskiy‘s first child, the pregnant mom-to-be weighed in on their potential dynamics as parents.

DWTS’ Jenna Johnson and Val Chmerkovskiy: A Timeline of Their Romance

“I already know that it’s gonna be good cop, bad cop and I’m gonna be the bad cop. I know [Val’s] gonna give into everything and be such a little sucker,” Johnson, 28, exclusively told Us Weekly on Wednesday, September 7, while promoting her collaboration with Jo+Jax. “He’s gonna be very involved. He wants to style him. They’re gonna have the matching outfits. We’ve already gone there.”

The choreographer, who exchanged vows with Chmerkovskiy, 36, in 2019, reflected on potential concerns when it comes to her transition into motherhood.

“Just knowing how to raise them in this world [is worrisome]. It’s a crazy time. I even have a hard time navigating it myself. So just being the best mother and nurture and guider that I can be [is the priority],” she shared with Us. “Do I have all the tools? Do I know what to tell them in certain situations?”

Johnson also noted that she isn’t worried about giving birth, adding, “I’m ready for it. For all, like, the gore and scariness, bring it on. Let’s do it.” 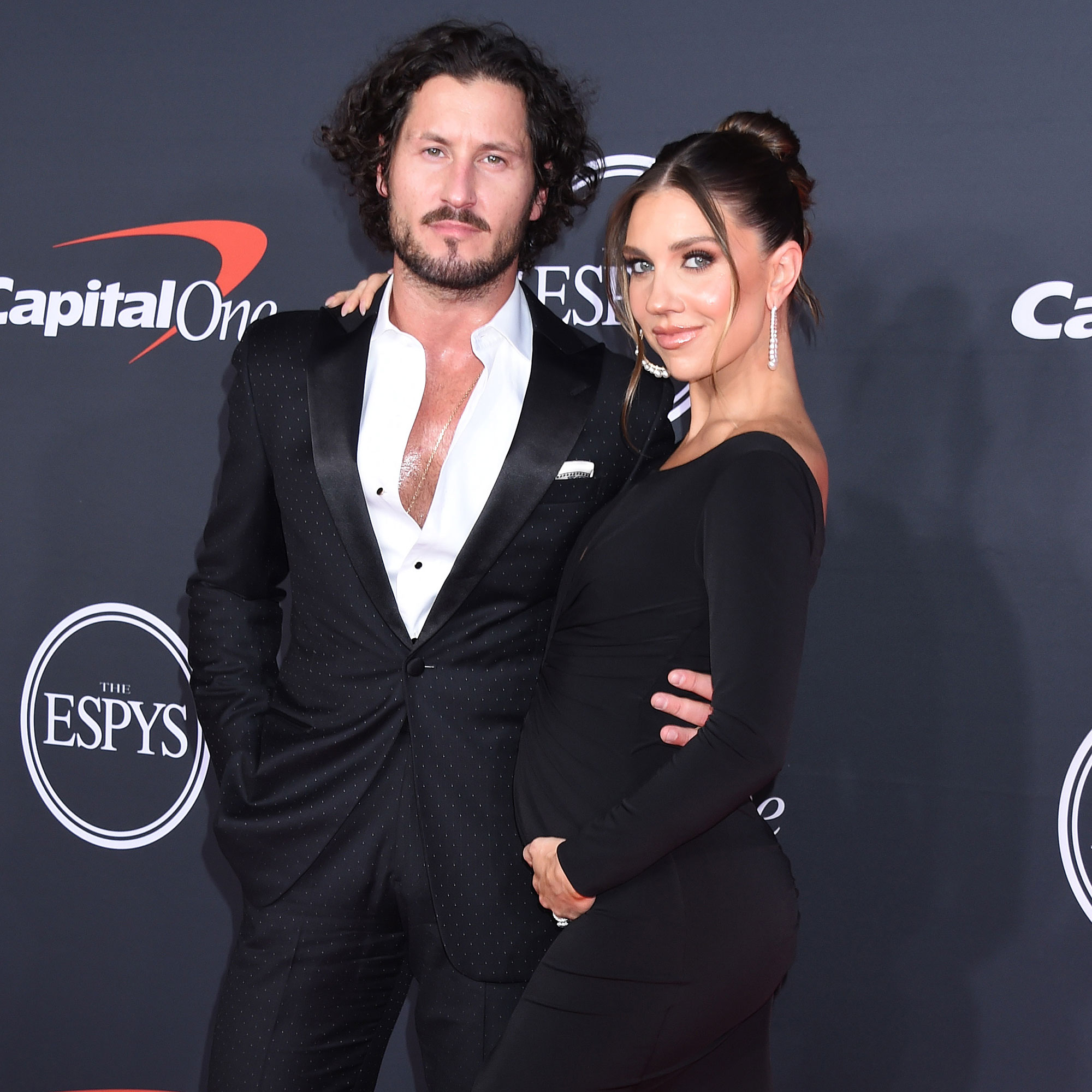 For the Dancing With the Stars pro, who announced her pregnancy in July, this next chapter has only brought her and Chmerkovskiy closer together. “He’s been such an amazing support during my pregnancy because there’s a lot of things happening to my body that are strange and not normal,” she explained. “And he just makes me feel like an absolute beauty queen.”

The So You Think You Can Dance alum continued: “With everything getting bigger and changing, he just loves it. And not even that physical aspect, but just knowing that we’re gonna have a little human that’s ours together is really beautiful.”

When it comes to their son’s future, Johnson revealed that the couple aren’t putting any pressure on a potential dancing career.

A Guide to All the ‘DWTS’ Pros and Their Spouses

“I think everyone expects us to put him into dance. I want him to just be athletic and try all of the sports anything he wants to do,” the ABC personality shared. “I’ll support him, but it’s kind of inevitable. Like how could we not use our resources and put him into dance.”

Ahead of the little one’s arrival, Johnson has been keeping busy with her second fashion collection with Jo+Jax.

“We wanted to do a line specifically that was going to be accessible to everyone and anyone,” she told Us. “So our sizes run from a youth small all the way to double XL. We wanted to design something that you could wear to dance class or to a fitness class, Soul Cycle, anything and I’m really proud of this collection.”